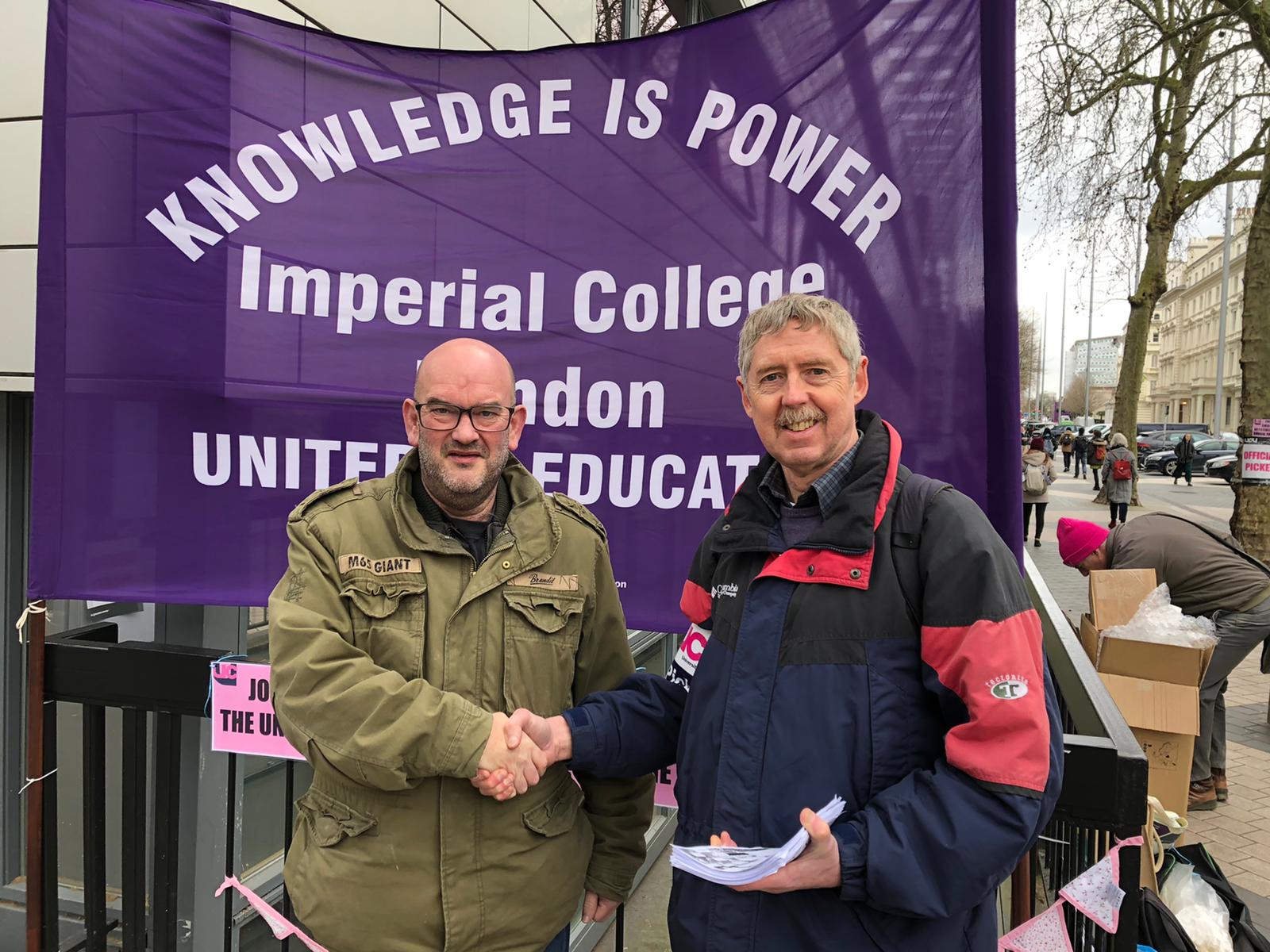 UCU’s strategy of defending USS pensions, pay and conditions in FE and HE has led to over 16,000 low paid new members joining the union. This is testament to the scale of casualisation in both sectors and to the expectation that a trade union will take demands for change seriously. This rise in recruitment has also been replicated in the increase in the wider dues-paying membership, with the result that we now have record membership levels in UCU, bucking the trend of other unions. The Left in UCU has been central to this transformation.

The 22 days of strike action in HE this year was the decision of branch delegates at a Special Higher Education Conference and backed by HEC. That was the right decision. Imagine what the HE sector would be looking like if UCU wasn’t recognised as an organisation that had to be taken seriously? However, the threats from marketisation have not gone away with the Covid crisis, rather they have intensified as employers seek to rescue their market-driven failures and break the resistance of UCU.

The General Secretary’s presentation on Thursday 2nd July to branch officers about the decision to trigger a levy of all members in order to replenish the union’s fighting fund was an exercise in retreat from these changes. The presentation was also an attempt at self-exoneration and to cast blame on the Left in the union.

This was not an open meeting or webinar, but a one-way broadcast whose only element of interaction was the answering of a hand-picked selection of pre-submitted questions.

The blame was thrown around liberally:

1) We were told that it was the NEC’s fault that the levy was a flat rate because only the NEC has the authority to determine the meaning of the union’s rules and had decided on this interpretation.

However, the General Secretary did not explain how, if the NEC had constitutional control over the process and chose a flat rate, it was now possible for her to reinterpret the rule to allow for a graduated levy!

2) It was claimed that it was the NEC’s fault for overturning cuts to strike pay and that the fighting fund would therefore run out before all the claims from the strike action had been paid.

The NEC was right to vote against cuts in strike pay in February. We were preparing for a second wave of strikes in HE which brought in 14 new branches, those that had exceeded the threshold in their reballot. Cutting strike pay would have been a signal that the union was not serious about the battle we were fighting.

3) The officers of the HEC were blamed for failing to implement the motion calling for a task force to organise a solidarity drive from the rest of the trade union movement.

In fact, the motion was passed by the NEC not the HEC. It is moreover the job of the General Secretary to manage officials to ensure that decisions taken democratically by the elected lay committees are implemented.

4) It was suggested that it was the fault of non-striking members that more money hadn’t been raised from them during the strikes; members in branches that voted for strike action but missed the threshold apparently did not want to support their striking colleagues.

In fact, the willingness of members to support the strike fund is shown by the fact that over £20,000 was received in a single day last week.

5) The General Secretary attempted to lay the blame for the union’s financial problems on the majority on the HEC which pushed through an allegedly reckless programme of national strike action.

Members voted overwhelmingly for action in ballots for both disputes. We were right to fight then and it is right to fight now. The attacks members face will not be successfully resisted by a strategy limited to a local branch-by-branch approach. Instead we need a national campaign and national action. To do otherwise will result in members being abandoned as the sector goes into decline.

The attacks are gathering pace in both HE and FE. The need for a UK-wide defence of jobs and education is becoming clearer by the day. We have no choice but to fight. That will mean raising money. We should be unapologetic about appealing to other trade unionists for funds, reciprocating in turn when they fight. And, if we have to raise funds from our own members, it must be done in a fair and progressive manner.

Financing our struggles is an important task. It is not a weapon to be used to dish out blame as part of factional arguments within the union.

We need a recall NEC to ensure finances in the union are treated seriously and that all other means are shown to have been exhausted before any levy is introduced. If that means showing our expenditure in our accounts, then so be it. We need a structure that reflects members’ desire for a fighting union.