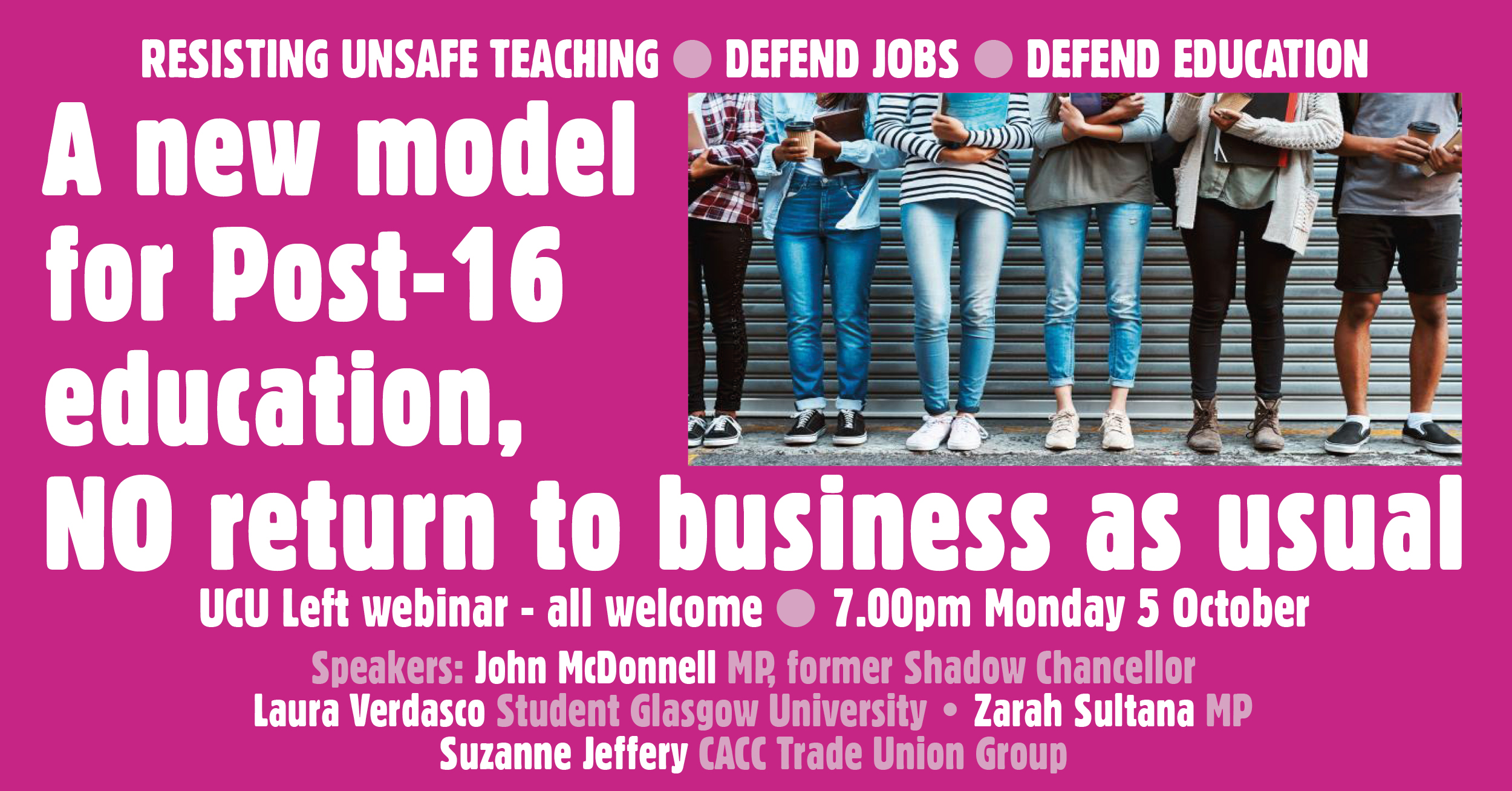 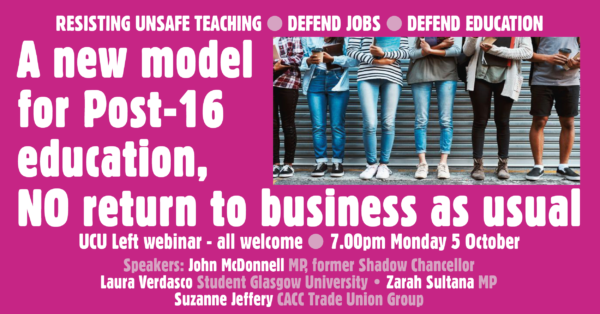 It is an understatement to say the government’s handling of the crisis is appalling.

They were warned that Universities and Colleges provided a perfect vehicle to accelerate the spread of Corona Virus. Then they have the audacity to scapegoat young people.

Universities and colleges are now at the centre of the storm with the debacle we have seen in the way students have been treated.

Universities have literally set the dogs on our students and locked them up with extortionate fees and rents!

The corona virus has shone a light on the bankruptcy of the market system in post-16 education.

UCU Left hosted a series of meeting throughout the lockdown involving hundreds of activists to help bring people together.

UCU has placed itself at the head of resistance to unsafe work within the wider trade union movement.

Join us to discuss:

There will be a brief report back from the HESC and national executive meetings.

We invite everyone who has joined us before to share what is happening on the ground where you are.