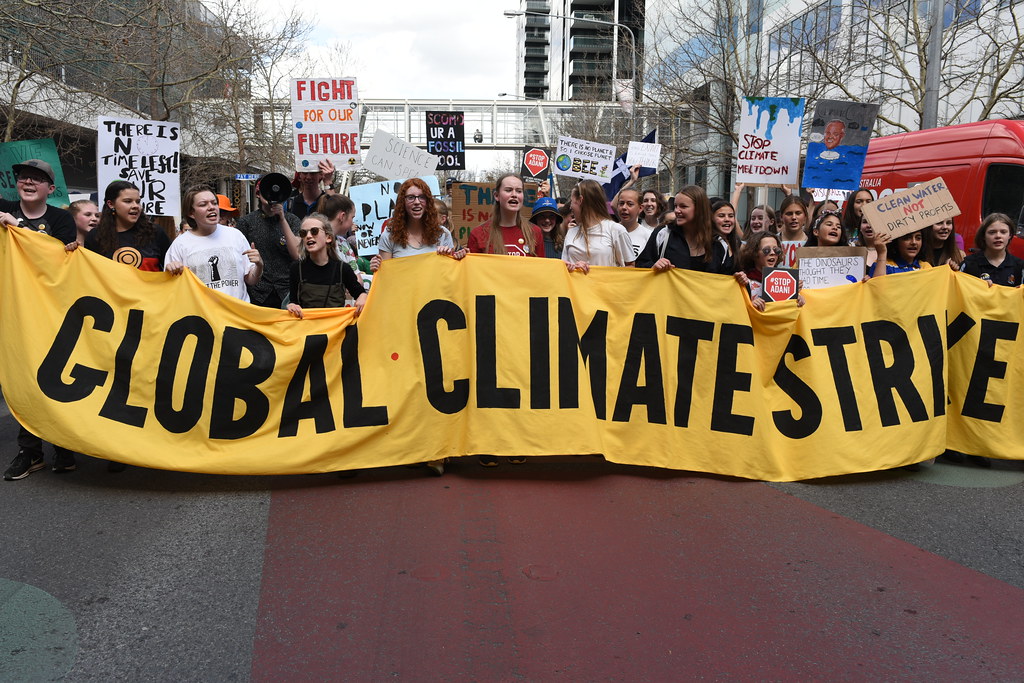 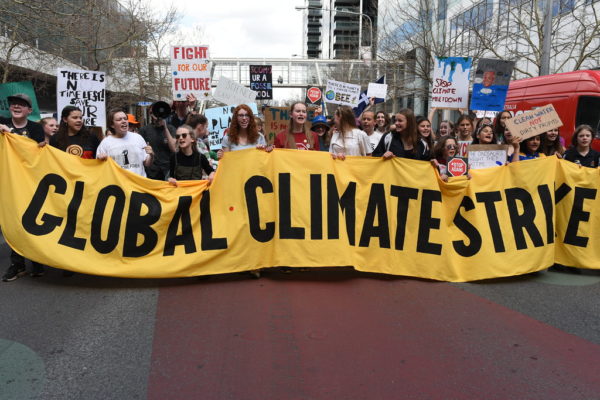 News that UCU’s action in HE is set to include a strike on 29 November opens up wide possibility for effective solidarity with the school students’ call for another Climate Strike that day. UCU activists from across the country came together at a session organised jointly by the Campaign Against Climate Change and the organisers of the #UCUTransformed event last Saturday to discuss plans for action on 29 November.

The climate strikes over the past year mean that the movement is now in a qualitatively different place compared to this time last year. The previous day’s announcement that the government will be halting fracking reinforced a sense of optimism that action over climate change can win. There was also an emphasis on climate justice, with several people arguing that the climate movement should have justice for people in the Global South as a core demand.

Speakers on the day included Asad Rehman, executive director of War on Want, Claire James from Campaign against Climate Change, school striker Keir from UK School Climate Network and a speaker from PCS who spoke about campaigning for climate jobs and a Green New Deal. Trade unionists reported on inspiring local actions across the country. For example, Liz from Camden Unison explained how she had organised in her workplace for a lunchtime rally on 20 September and marched to join the huge protests in Central London on the day, and Richard from Unite in road haulage spoke about inviting a young school striker to speak at his union branch.

Ideas discussed included running themed learning weeks in Further Education, using next year’s Cradle to Grave conference as a themed conference on climate change and making sure that climate change is part of the protests when Donald Trump next visits the UK on 3 December. As the school strikers argued, the general election on 12 December is also hugely important and should be seen as a climate election. A successful strike on 29 November can help feed into this rather than distract from it.

A student assembly organised by XR Universities also met to talk about what could be organised on campuses in the run-up to the 29 November and during the UCU strikes taking place in some institutions. Plans included a day of action the week before the 29 November, joint assemblies with staff and direct actions such as a sleep in or a banner drop.

The session builds on a growing movement around the climate crisis at universities and colleges across the country.

A successful lunchtime protest at Imperial College London during the Climate Strike on 20 September saw the founding of a new staff and student network. Imperial Against Climate Change unites students, UCU activists and other College staff in helping to organise and coordinate wider action for 29th November and beyond.  The group’s over 200 supporters include activists from XR, Divest Imperial and other student groups alongside academics from the Grantham Institute and other workers from across the university.

In Scotland UCU organised an activists meeting in advance of the 20th September school strike and was successful in getting around half of the Scottish branches to work with climate activists. UNISON Dundee City Branch also initiated an open organising meeting for trade unionists across the city to help build the protests. UCU Scotland is holding a further activists meeting on 14th November to plan for the 29th.

In Cambridge students and staff have been pushing for divestment from fossil fuels for several years. On Saturday 2 November a divestment conference organised by the Cambridge University Students’ Union (CUSU) Ethical Affairs Campaign, in collaboration with CUSU and the Graduate Union (GU), kicked off with a panel discussion with Vice Chancellor Professor Stephen Toope, Chief Financial Officer, Mr Anthony Odgers and Dr Emily Shuckburgh. The panel explained that the University is committed to reducing its carbon footprint and its currently collecting evidence on whether or not entirely divesting from fossil fuel would ultimately to reducing CO2 emissions, as opposed to other strategies such as engagement.

The day included discussion with members of University Council and student representatives as well as communities on the frontlines of fossil fuel extraction. It was very exciting to hear how the fight for divestment was finally thread together with the fight of people oppressed by the fossil fuel industry in the sacrificed Global South.

However student activists have criticised the university for continuing to take funding from fossil fuel companies. Cambridge Zero Carbon recently released a detailed report on the University’s entanglement with fossil fuel companies. Students rallied in a lively protest on 4 November which attracted hundreds of demonstrators.

Cambridge UCU is holding a follow up meeting on the 6th of November to discuss next steps in the divestment campaign and plan for the 29th of November.

Do you want to contribute to UCULeft.org’s coverage of the climate movement? Can you send us a report of what is happening at your college or university? Get in touch with our climate editors via editors@uculeft.com.