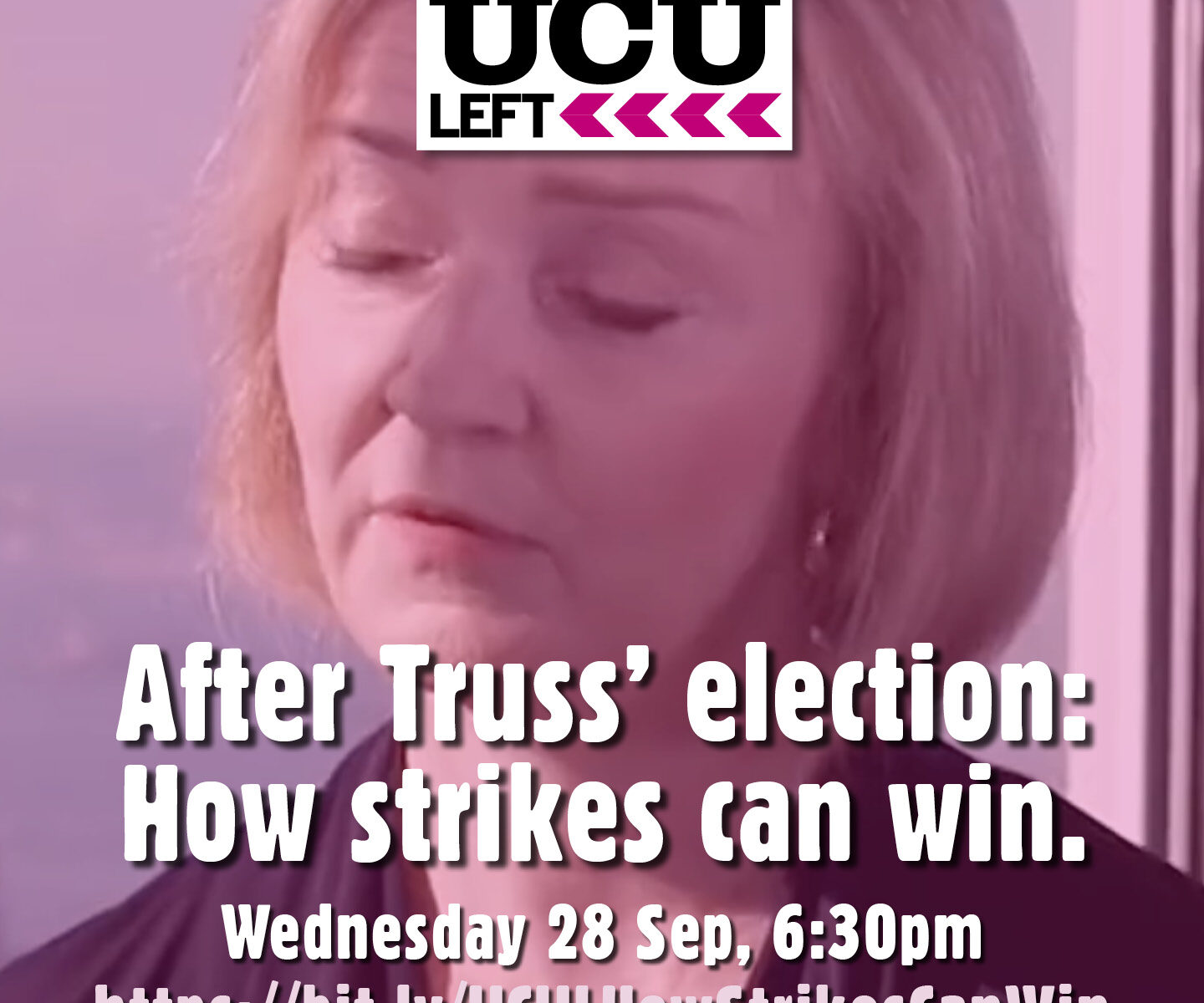 A wave of resistance is developing across Britain in the face of the growing cost of living crisis.

On 1 October tens of thousands of postal and rail workers will strike together and the campaign group ‘Enough is Enough’ has called for mass protests.

UCU members are also entering the fight with FE colleges beginning 10 days of strikes and 70k members in HE balloting – Unison members in HE will also be on the picket lines at many universities next week.

With the hard right Tory leader Liz Truss in office and employers digging in against pay rises clearly we have to win the ballots for action – busting through the anti trade union thresholds – but we will also need to deliver hard hitting action that can win.

That means our union will need to call escalating action and fight to co-ordinate with other unions that are fighting back, without this kind of strategy members anger and commitment could be wasted.

Last year Jo Grady held back on action in HE, at crucial moments and disregarded democratic decisions, this can’t be allowed to happen again.

Come and join the debate about how the strikes can win with members of UCU, John McDonnell MP and voices from the RMT, CWU and other striking unions.