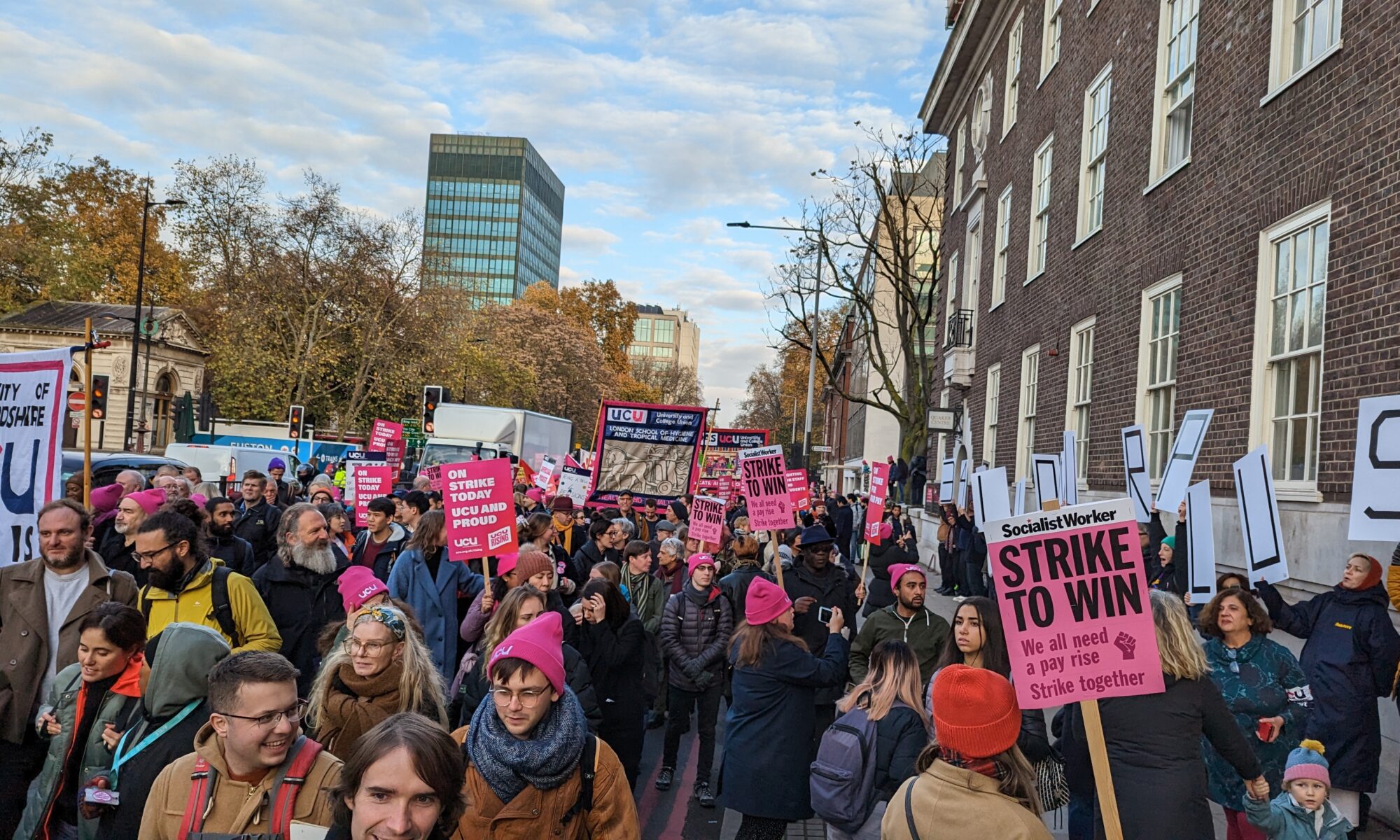 Keep the pressure on employers during talks

Our action on 24, 25, 30 of November was a massive show of strength by UCU members. We had huge picket lines on each day, rallies with postal and other workers, and thousands demonstrating on the streets of London last Wednesday.

In the wake of this kind of pressure it’s no real surprise that the General Secretary is reporting that there has been movement in the talks over pay and working conditions (although no mention is made of the USS pensions dispute).

She goes on to say ‘that members and branches should be continuing to build support for our campaign in order to maintain pressure during negotiations and maximise support for strike action should we need to call it’.

But there is a big problem here. You don’t maintain pressure by delaying or standing down action. The Branch Delegates Meeting (BDM), surveys of members and a Higher Education Committee (HEC) have all voted for a marking and assessment boycott (MAB) to be launched in January and for massive escalation of strike action in semester two. In fact, HEC voted for all out indefinite action from the first possible date when all universities can strike together.

Not only is it undemocratic, it would also be a terrible strategic mistake for UCU to hold off on the action that have been decided in order to smooth the way for potential breakthrough in talks.

Our colleagues in the CWU and RMT have been fighting heroically in their respective disputes, but, each time they have shown ‘good will’ by calling off or holding back on strike dates the response has only been a hardening of the attitudes of the employers.
Our employers need to know that hard-hitting action is planned, and the 14-day notifications need to be issued to avoid delays.

We have the momentum and we have to use it. The only way to ‘maintain pressure’ on the employers is to name the dates for MAB and strike dates in semester two now, so that members can mobilise and the employers know that we mean business.

Branches should pass motions such as the one below, sending them to the Chair of HEC jmercer@ucu.org.uk, the General Secretary jgrady@ucu.org.uk, and the lead official jhegerty@ucu.org.uk.

Motion on HE disputes
This branch notes

This branch resolves to call on the HE officers