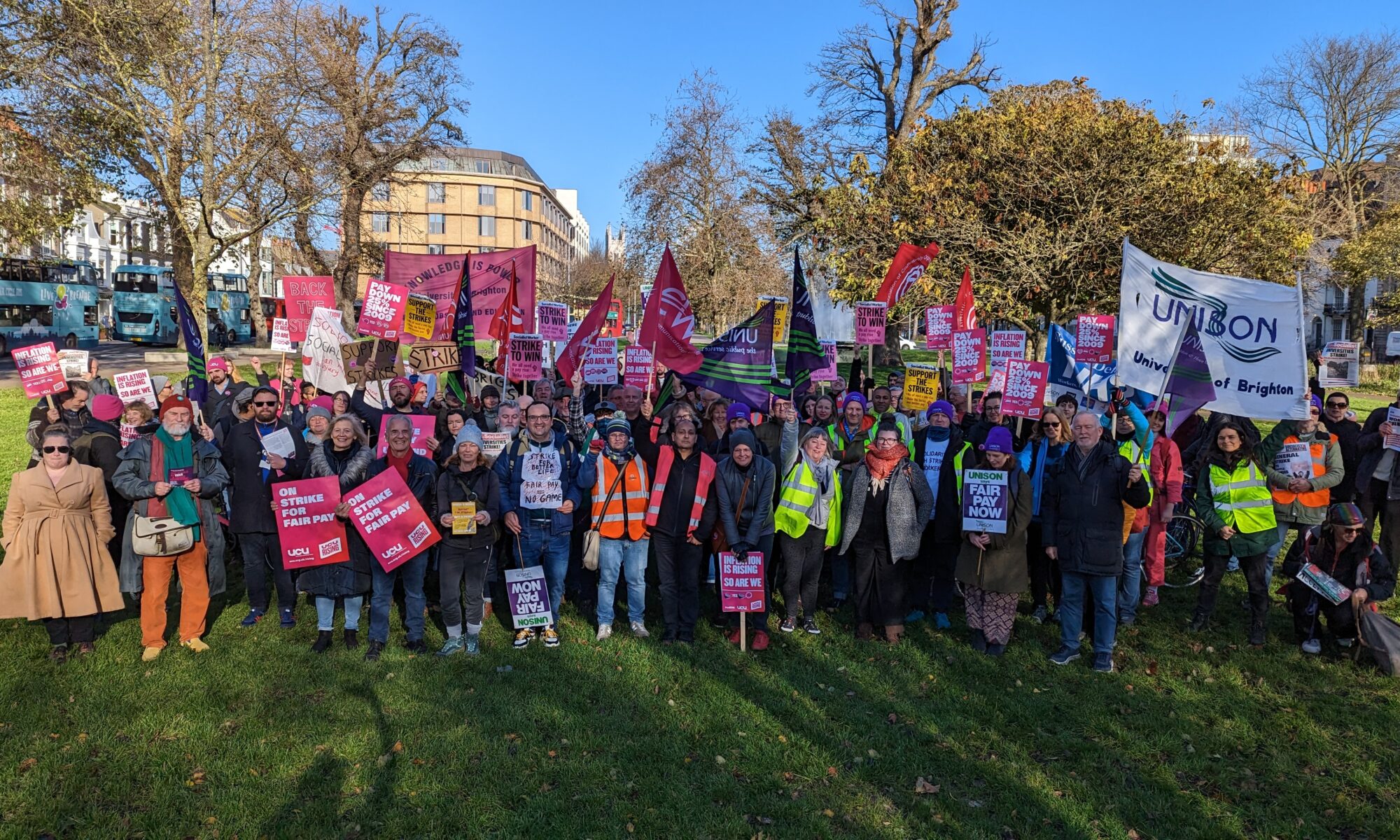 All out to win in the New Year

Today’s demonstration is the culmination of three brilliant days of strike action. Thursday’s and Friday’s picket lines were big and vibrant. In particular, UCU branches that missed out on recent national disputes have embraced their chance to take action for the first time in several years.

In city after city there were big joint rallies with CWU postal workers and other trade unionists, cementing the links between the fighting unions.

The question on everybody’s lips now is what’s next? Three days of action was never going to be enough to win, but it is coming to an end and we need a concrete announcement about how we are going to follow it up.

The only way to win is to announce further escalating action now.  The marking and assessment boycott planned for the New Year must be notified and the planning must be put in place. Branches need to be preparing for hard-hitting strike action to disrupt Semester 2. Otherwise, the employers have an invitation to go on the offensive and victimise us for having struck. Queen Mary’s London (QMUL) and Wolverhampton have taken up that invitation by threatening 100% pay deductions for non-rescheduling of classes lost on strike days.

We must not have a repeat of last year’s situation when QMUL had to resist punitive pay deductions alone. We are in a national dispute. Our employers are coordinated. QMUL and Wolverhampton are acting on the advice of the employers’ organisation UCEA. Other institutions are waiting to follow suit if there is a weak response by us. Escalation by the employers must be met with escalation on our side. The only response to 100% indefinite pay docking is all-out indefinite action by every branch.

The scale of the cost of living crisis and of the government’s and employers attacks mean we can’t approach this fight as ‘business as usual’. We have to co-ordinate with other unions and deliver the kind of action on every campus that can win this dispute. But that means ordinary members must be in control of the action. This includes what we are fighting for. Any suggestion that a deal on casualisation is more important to one on pay would be divisive.

We need strike committees in every university and we need to link them up nationally. It’s positive that the General Secretary has pushed for action this time around, but members have to know what’s happening next and have real control of their own dispute.

Let’s build on our powerful action so far, maintain our unity, and step up the the pressure on UCEA and UUK.