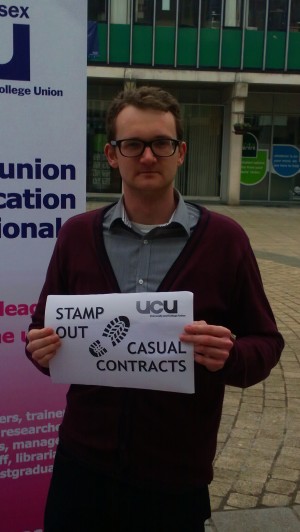 Activists from Essex University UCU took part in the national day of action against casualised contracts by asking staff and students to show their support by being photographed with the slogan ‘Stamp Out Casual Contracts’. This went down really well, with many full-time staff showing solidarity with those on casual contracts, and many students showing support to their teachers. This gave confidence to those of us on casual contracts that we can be seen as part of the union, and that the challenges we face must be raised as part of a wider defence of education. Several part-time and fixed term contract staff approached us who had not been aware of what the union does, and one joined there and then.

Matt, a part time lecturer, said: “As a recently graduated PhD student I and most of my co-workers are on part time, temporary University contracts, and face an uncertain future. When in a job we are paid relatively little, and constantly fear that we will soon be without a job at all. The day of action made these issues visible on campus, and really got people talking about the problems that face casual workers.” 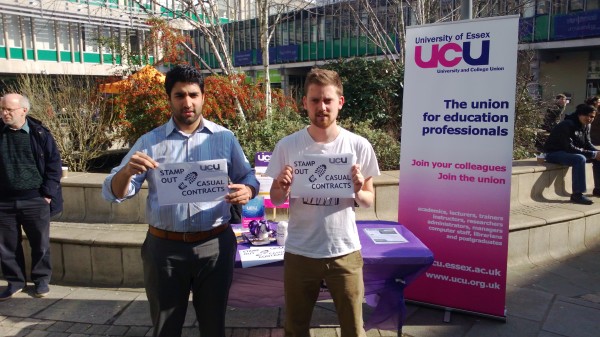 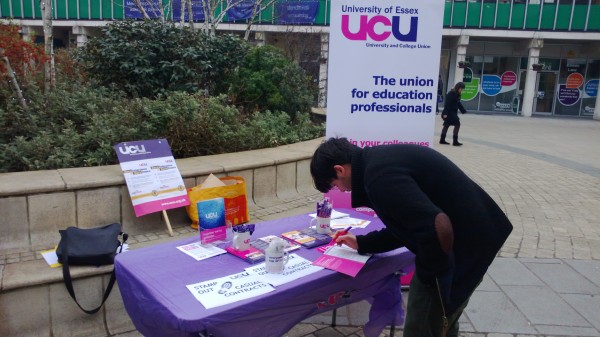