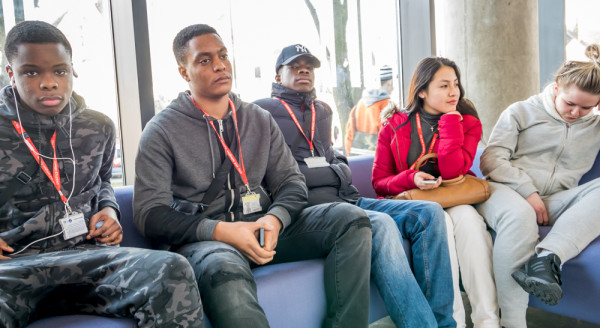 It would be naïve to think the government are pursuing an ambitious policy of creating three million apprenticeships by 2020 out of genuine concern for our young people’s futures. It may be more realistic to believe that they are doing so because of the needs of the economy.

However in an article in last week’s Private Eye (4.2.16) it was revealed that even this wholly inadequate employment policy is too generous a reason to understand the Tories’ motivation. The article revealed that one of the biggest providers Paragon has ‘historic links’ to the Tory party. This organisation runs apprenticeships for over 4,000 adults and young people and has been allocated more than £17m from the Skills Funding Agency (SFA).

The company is owned by a private equity firm called Sovereign Capital. This firm was founded in 1988 by Lord Nash. He was Parliamentary Under Secretary of State for Schools in January 2013. He and his wife are regular donors to the Tory Party.

Although Nash cut his links with the firm on becoming a minister it seems ‘the old boy’ network that ensures that public money gets into the pockets of their close friend is alive and well.

It certainly doesn’t seem to be value for money according to Ofsted who have just inspected the organisation and awarded Paragon, one of the lowest grades that ‘requires improvement’. Ofsted concluded its report by saying that ‘too few learners have completed the qualifications because many learners have left their course’ and that few who had finished had found jobs.

The Tories have a history of awarding FE contracts to dodgy private firms. There have been three main stages of introducing private providers into FE. The first was in 1983 when the Thatcher government introduced YTS and private training schemes which quickly disappeared without trace.

The second phase was called ‘franchising’ after Incorporation in 1993, when government severed the links between colleges and local councils. This episode brought with it a series of high profile scandals involving several colleges. This was uncovered by NATFHE, led by Paul Mackney, who at the time was the West Midlands regional official.

Franchising meant allowing student numbers to expand through using private providers. For example, Bourneville College were caught out creating ‘phantom registers’. Out of their 4,500 franchised students 4,000 did not exist. In Handsworth College, in the West Midlands, a street near the college became known as the ‘Street of 1,000 registers’ because there were so many fake registers with false addresses. Paul Mackney describes how he used to go down the street looking for house numbers that either did not exist or were lock ups!

The College split the money raised between themselves and the franchisee.

The extent of this corruption was exposed when the Principal of Stoke on Trent College, whilst on leave facing disciplinary issues, was found to be running a pub in Mid Wales!

The third phase was ‘individual learning accounts’ introduced by the Labour government again leading to many dubious and fraudulent practises.

All these schemes have come and gone. All have left the sector’s reputation in tatters but more importantly all have spectacularly failed to resolve one of the enduring problems that has haunted British society for the last 35 years – the institutionalisation of youth unemployment.

It is clear we cannot rely on this government to resolve this issue. This is why we have organised the Defending Further and Adult Education; Shaping the future conference on the 5th March so that students, practitioners and educationalists can come together to work out a real alternative to the privatising agenda of the Tories and their corporate friends.