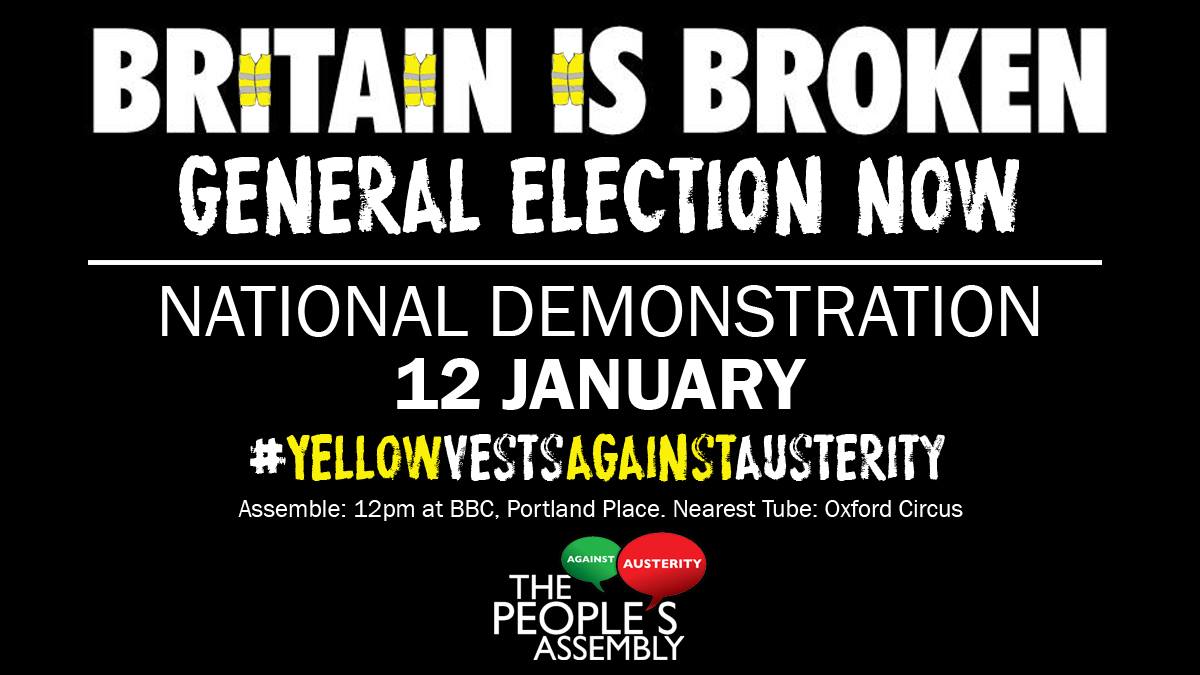 Unable to govern a majority in their own party, in parliament or in Britain, the flailing, failing Tory party has finally turned on its desperate “leader”, Theresa May.

38% voted against her in a bruising leadership challenge that further destabilised the party. They know that the majority in this country have no faith in them to deliver, not only Brexit, but the most basic level of services and governance.

We say no matter which way you voted in the European referendum, if you care about ending austerity, if you care about homelessness, if you want to see rail and other privatised utilities taken back into public ownership, then a general election is the only way that this can be done. In short it is driving the Tories from power which is the key question for working people in Britain today.

Today the People’s Assembly have called a National Demonstration to show the will of the people. It’s time to get the Tories out 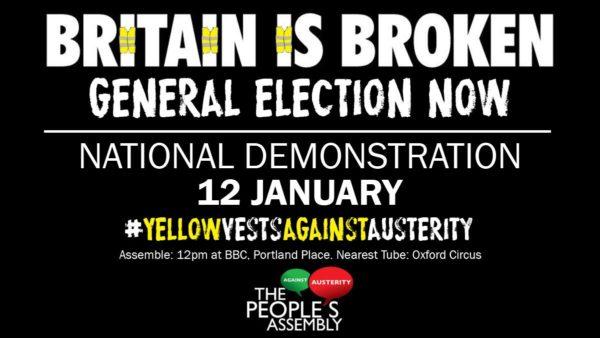 There can be no doubt that the Tories can’t be trusted on the economy. The national debt is now twice what it was in 2010. The Conservative government has borrowed more in the past 8 years than all previous Labour administrations combined.

Austerity was supposed to deal with the debt. Instead it has caused suffering on an almost unimaginable scale. Earlier this year the British Medical Journal reported that 120,000 people died prematurely as a result of austerity between 2010 and 2016. That figure is now likely to be much higher. The Tory government is complicit in these deaths that have been widely described as conscious cruelty; including by the United Nations.

Whoever is charge of the Conservative party the ideology of austerity will continue; in or out of the EU.

Act NOW to get the #TORIESOUT.

We need an all out extra parliamentary, anti austerity demonstration to push the tories over the edge and force a change of government….

This all costs money and unlike the Tories we don’t have any rich donors….. and we know that it is tough times but every little really does help. Please consider donating monthly or once off.