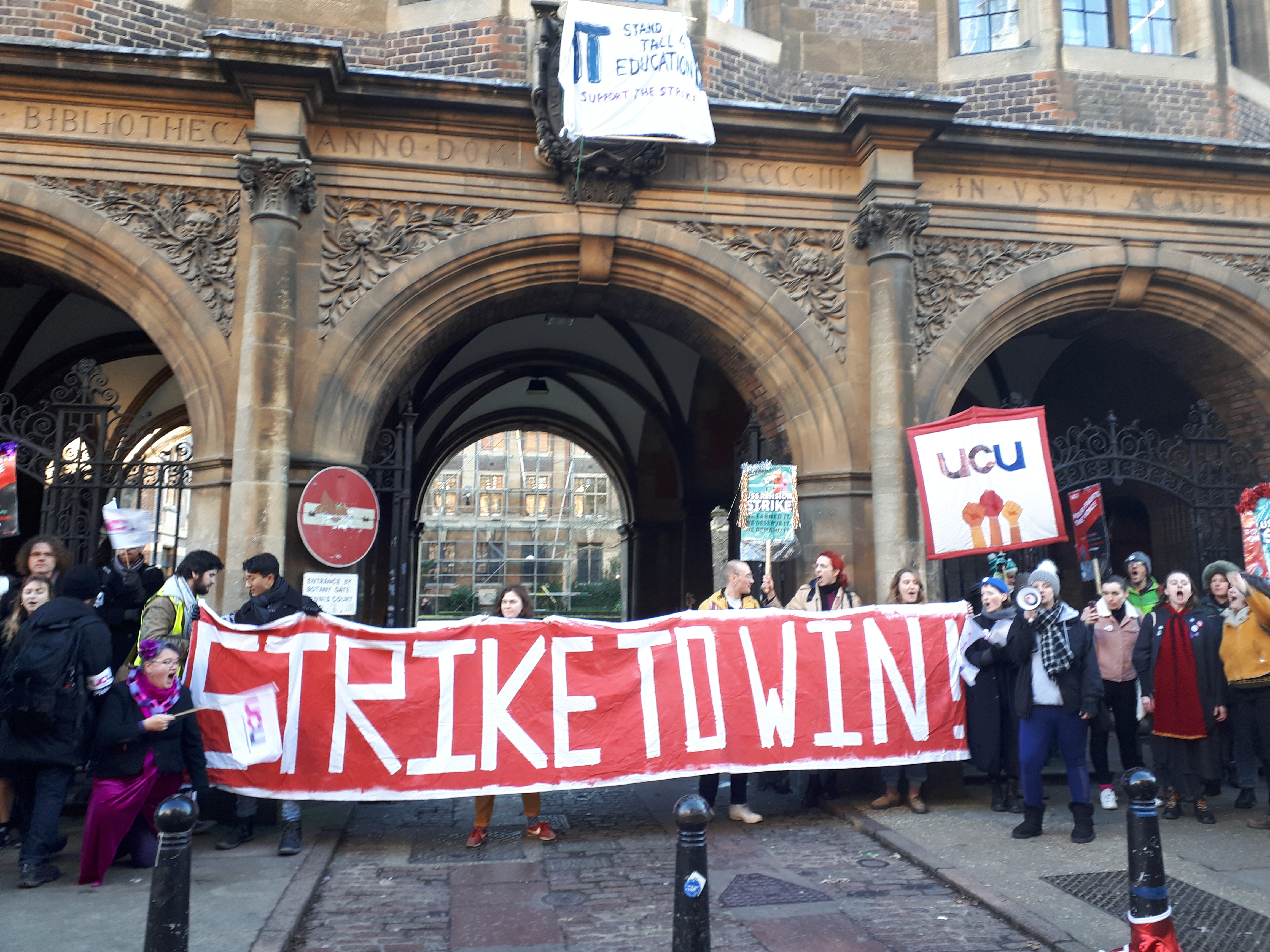 Arguments against the 14 days strikes planned in HE are circulating in some quarters of the UCU. Some of these voices are being amplified by the media.

These arguments echo the position of the IBL minority on the HEC who last week voted against calling the same 14 days of strike for the Four Fights as had already been identified for the USS dispute. Not only do they want to decouple the Four Fights from USS, some of them argued that further strikes were futile as it was not possible to make progress on casualisation, equalities, pay and workloads.

The anonymous UCU member who wrote in the TES this week argued against further strikes in either dispute, saying now is the time for constructive negotiation, not strikes.

To step back from strikes now would be an unforgivable retreat. We do not have a choice between negotiation and striking. It’s because our eight days last term haven’t pushed the employers far enough in either dispute that we have to strike again.

The only reason UCU was offered a round of ‘without prejudice’ talks which allowed the current offer to be made was the fact we took eight days of impactful industrial action.

Further action will push the employers more. They did not want us to take action within this timeframe. They know how effective action at this point in the academic calendars can be. They clearly remember the 2018 USS strike.

The USS dispute must be fought now because the future of the pension scheme is in the balance. Unless we fight to put it on a sustainable basis, it may not survive.

The Four Fights needs to be pursued because we cannot become the kind of union that only fights for the interests of some sections of its members – those on permanent contracts in pre-92 universities. UCU needs to be the union that fights for all those being trampled on by marketisation.

Younger staff flocked into the union in 2018 to defend USS despite many of them being too precariously employed to have joined the pension scheme. It’s right that we repay that solidarity by fighting for a national deal to roll back casualisation and win people proper contracts.

Winding down the Four Fights would mean abandoning our female and black colleagues to appalling pay gaps. It would also signal acceptance that future generations of HE staff must earn lower wages than their predecessors. It’s the job of the union to make sure that no one gets left behind.

The plan for 14 more days of strikes has not come out of thin air. It was proposed by branch delegates at the Special Sector Conference in December. Subsequently, reballots in 37 branches delivered overwhelming majorities for action, with 14 more branches now able to join us in the Second Wave. HEC was right to vote for further action – it would have been a scandalous betrayal of democracy if it had not. This determination has also encouraged EIS members in five Scottish universities to come out on strike as well.

Of course there is some apprehension among members in advance of 14 more days of strike. Striking is not easy. But time and again UCU members have shown that they are ready to see the fights through to the finish. We are committed to our students, but we can’t let our managements get away with blackmailing us over the ‘student experience’ when all they are interested in is competing for fee income and delivering education on the cheap. Only halting the effects of marketisation can save a higher education system worthy of the name.

Now is not the time to hesitate. We need to follow through on members’ willingness to fight and build the action. We need a serious effort to raise financial solidarity from the rest of the trade union movement to alleviate the hardship some members will face. Let’s make it clear to our employers that only fair settlements of our demands will bring peace to our universities.