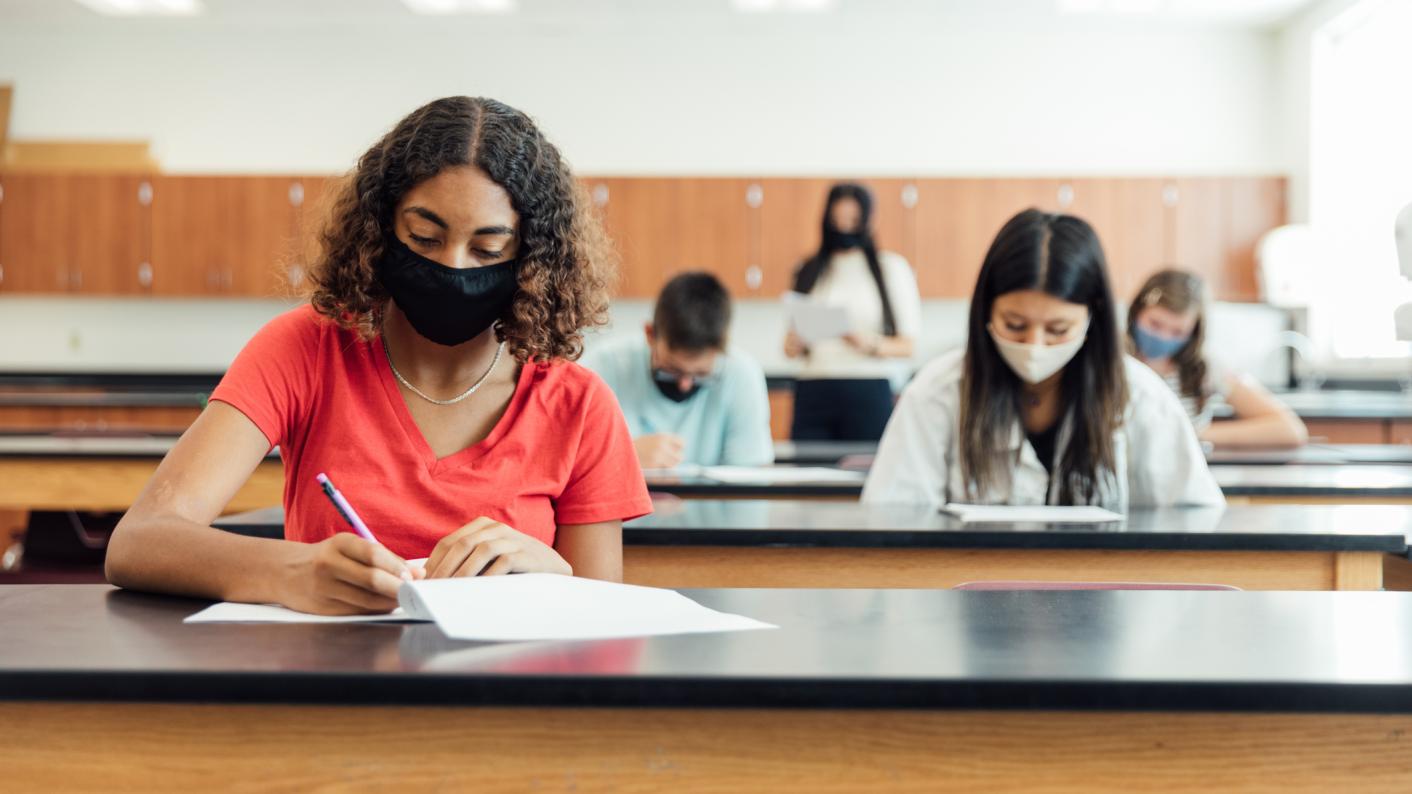 Education secretary Gavin Williamson’s announcement two weeks ago that GCSE and A-level exams would be cancelled this summer has rightly been welcomed by many within education. Teachers also welcomed his statement that we should “trust in teachers, rather than algorithms”.  Indeed – great news. Last year’s exam fiasco with Ofqual’s attempt to grade students according to an algorithm, rather than teacher assessment, shone a light on the inadequate and discriminatory assessment system currently in place.

Although, in the same speech, Williamson’s call to trust teachers revealed itself to be superficial with another call for parents to contact Ofsted if they feel that their children are not getting the education they deserve. Predictably, this backfired with Ofsted instead receiving messages from thousands of parents expressing thanks for all the work teachers have done.

Not all exams were cancelled, though. Btec exams were not, revealing once again the elitism within the exam system. The DfE clearly forgot about these exams. Btecs, after all, are not GCSEs or A levels – Btecs are for someone else’s children.

Then the government did half a U-turn, placing the decision to cancel them with colleges. It is shocking to hear from the Association of Colleges that a significant proportion of colleges refused to cancel despite infection rates surpassing those of March/April last year and the number of deaths reaching over 80,000. Reading college leaderships’ attempts to justify their decision was torturous and embarrassing. Apparently, it’s about placing the students at the “centre of the learner journey”….

Speaking in Parliament, Williamson stated that: “Exams are the best form of assessment.” Of course, he offered no evidence for this statement. He clearly believes that he does not need to because it is overwhelmingly accepted that exams are synonymous with education and without them the standard of young people’s education would deteriorate rapidly.

Williamson has now written to the head of Ofqual urging the watchdog to incorporate externally set and assessed “tasks or papers”. We need to ensure that the consultation does not turn this into mini-exams.

In April last year, I wrote that it was time to close the exam factories and introduce new qualifications driven by teacher assessment.

Around the same time, the UCU put forward an alternative to exam-based qualifications based around project-based learning.

Surely, as we enter our third lockdown and all teaching is moved online and exams are cancelled once again, it is even more important that we dispense with the obsession that exams are the most superior assessment model.

What are the main arguments in support of exams being the most superior assessment model?

First up is the idea that exams are more rigorous. Anyone who has taught syllabuses that are dependent on exams and ones that are dependent on project-based assessed learning will say that exams are a lot less rigorous. Teachers are forced to teach to the exam. Managers attempt to shoe-horn practitioners into teaching the same scheme of work at the same time to ensure compliancy, stifling any attempt at creativity within the classroom.  All of which leads to the stifling of critical thinking.

Second, exams stop cheating. Teacher assessment of project-based work, the argument goes, is open to teacher prejudice and cheating. Parents write their children’s work for them and students plagiarise work. The vast majority of young people want to do well at school and college. They want to learn how to do the work themselves. When, as a result of the pressure to pass and avoid failing, which determines future life chances at 16, some students go online and cut and paste, it is not difficult for teachers to detect this. What this argument against teacher assessment really shows is that those who adhere to such a position don’t trust our staff or our students. Distrust is the foundation of the exam model.

Third, exams create a level playing field. This is clearly wrong on a number of levels. The algorithms that are put in place by awarding bodies build in inequality. It has been well documented that class, gender and race all impact on how well students do in an exam. Students from wealthier families can afford to pay the £40 an hour tuition fee to help get their child through an exam, but many cannot.

Exams not only bring down standards but they also raise significant mental health issues amongst young people. Suicide rates and self-harm rise dramatically during exam periods as young people’s anxiety rises as they fear failure. This is abuse.

The exam model does not even help the economic development of society. Countries in which there is less reliance on examinations within education have been more dynamic economically than the low-wage and precarious UK economy.

But exams have never been preferred because they raise standards, stop people cheating or create a level playing field.  They were introduced and are maintained to “educate” young people to accept that competition rather than collaboration is the natural order of things.

As we await Ofqual’s guidelines on how this year’s exams will be assessed,let’s do all we can to ensure that the authorities do trust the teacher and not the algorithm, and campaign for a new education system where exams are consigned to the dustbin of history.