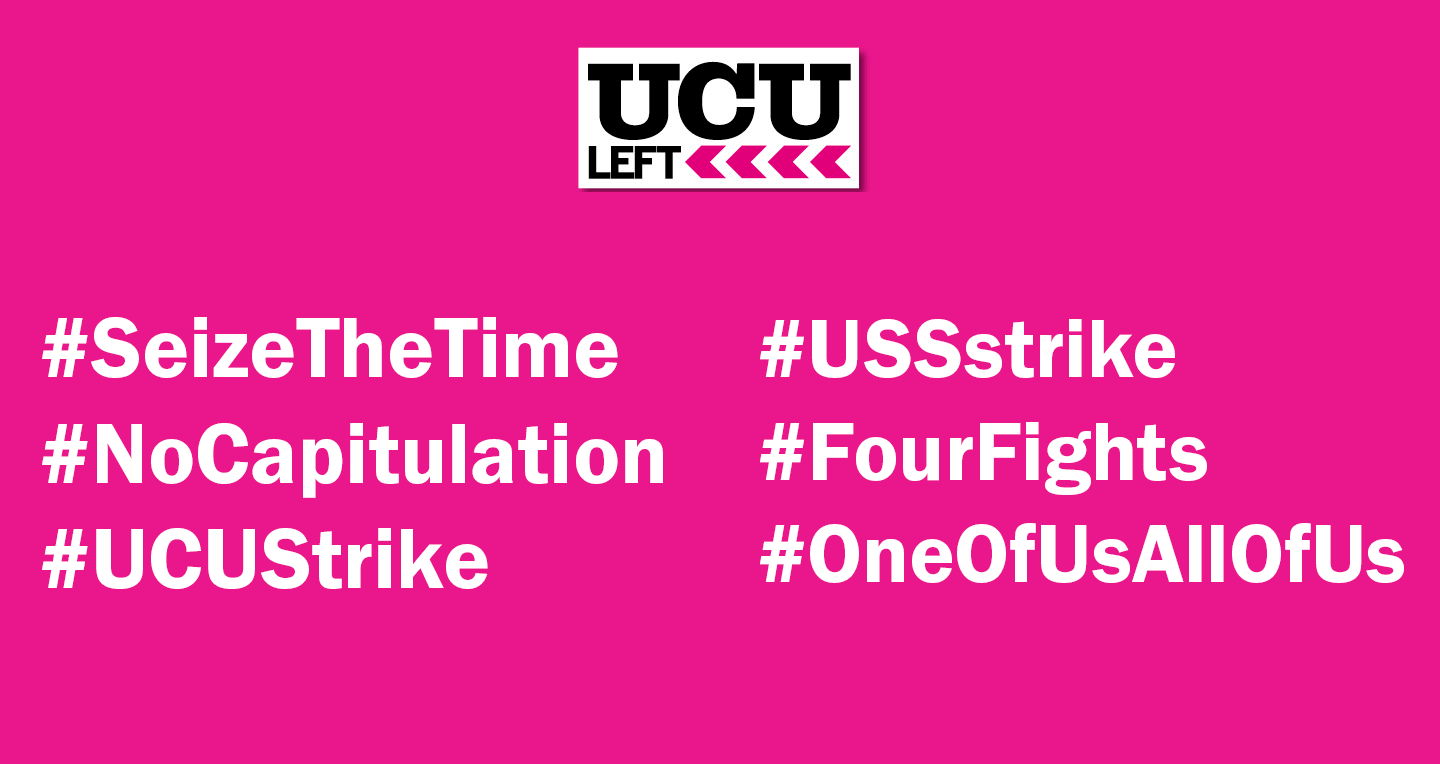 In the ballot for industrial action, union members in their tens of thousands voted overwhelmingly for strike action and ASOS (including a marking boycott). When members were asked, “should we fight on?”, they voted YES.

Now, in an historic vote, elected branch delegates at the first Special Higher Education Sector Conference (on the Four Fights dispute) have voted for an immediate marking boycott backed up by strike action.

These decisions must be acted on immediately. With marking begun in some universities, and 14 days notification to the employers required under the anti-union laws, there is no time to waste.

But the General Secretary’s email to members says that there will be a meeting on 10 May and an HEC on 12 May to decide “next steps”.

This is not what delegates voted for.

Motions expressing the General Secretary’s proposals to postpone action were defeated. But her latest email seems to be yet another intervention to delay action to a point where it could be ineffective.

She has to stop blocking the democratic decisions of members.

We just voted. We don’t need to be consulted again!

UCU needs to call the marking boycott now – not after 12 May.

What needs to happen urgently is for HEC officers to meet and decide to send out notification to employers. There is no need for a full HEC meeting.

It was expected that this would happen after Friday’s HEC meeting. But that has been called off. HEC members have already written to the General Secretary asking why this has happened.

Consult over strikes, not the boycott

It is a good plan to hold a Branch Delegate Meeting on 10 May. But that is not a reason to delay calling the marking boycott. Indeed Motion 6 specifically called for weekly BDMs with voting powers to be held to monitor progress, after the marking boycott was called.

Branches did not vote for more consultation and delay over the marking boycott.

Members and branches should write to  the General Secretary and HEC officers calling for the marking boycott to be formally notified immediately, and to reinstate Friday’s HEC meeting.

On Wednesday, delegates meet at the second Special Higher Education Sector Conference, on the USS pension dispute, to discuss the next steps in that campaign. All delegates have the right to expect that when they vote for motions, decisions will be enacted as soon as possible – especially when time is critical.

Several motions tabled at the Four Fights HESC re-appear on the order paper. We would encourage colleagues to be disciplined and ensure that at least the same action is called on the USS dispute heading as over Four Fights! It is also important that we work together to get through all of the business and debate the USS-specific motions at the end of the agenda.

We are now entering a new phase in the fight over Four Fights and USS.

Forty branches have a mandate for action. Others do not, but have recorded resounding YES votes.

We need to put the question of solidarity for all branches and members taking action at the forefront of everything we do. We need to build UCU Region networks and meetings, twinning branches and raising money. And the super-regional UCU Solidarity Movement, which is backed by UCU, can be a place where members can meet and discuss the next steps in the dispute.

The next Solidarity Movement meeting is on Wednesday evening at 6pm. We would encourage all members and supporters to attend!