Boris Johnson’s announcement of a four-week national lockdown in England is a testament to his and the government’s total abject failure in dealing with the public health crisis. The figures that were given at yesterday’s Downing Street briefing were truly shocking but not surprising. UCU and the NEUs response has been to call for the education sector to be included in the lockdown

The UK is the ninth country to reach over one million people who have contracted the disease. One in 100 households now has someone with the virus. The government’s scientific advisors, SAGE, have now predicted that the death rates will be higher than the lockdown in spring. According to Johns Hopkins University the UK has the fourth highest death rate per 100,000 in the world. The seven-day average of deaths at the end of October, according to government figures, has risen to 258. This figure is set to rise. 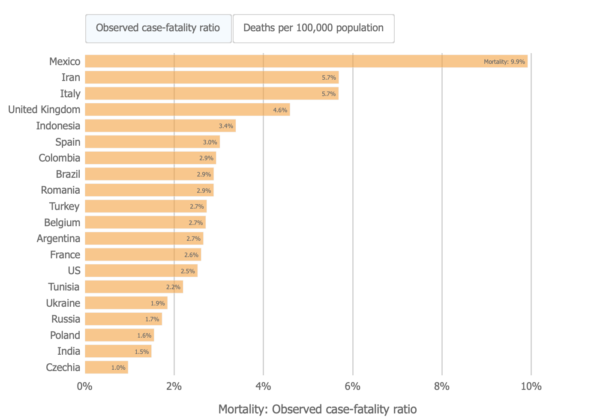 Historically, second waves (and third and fourth waves) of pandemics have usually killed more people than the first. In the cholera outbreaks of the 19th century, the third wave, coming several years after the first, killed more people than the original outbreak. It wasn’t until John Snow discovered a vaccine and the death toll threatened to impact on the development of the industrial revolution that government acted to stop the spread. The second wave of ‘Spanish Flu’ after the first world war killed more than the first. Then like now the government did not rush to put in place measures that could have protected people from the pandemic.

As predicted by many, the impact of this rise in infection rates on the NHS’s ability to cope this winter is catastrophic. Johnson’s warning to us all when announcing the second lockdown that hospitals will have to choose who lives or dies was chilling and could have been avoided if Johnson had acted much earlier, as many had called for.

None of this needed to have happened. We did not need to be in this position where thousands more people will lose their lives. SAGE advised government over a month ago that the localised tier approach was not working and that a second national lockdown was necessary. It was the threat that SAGE would go public with this advice (and not just leak it) that finally forced the government to act.

Johnson ignored their advice because of the pressure of big business and his backbenchers. The need to ensure profitability rather than save lives was the motivation behind his approach. For the government more deaths are a price worth paying.

Every step of the way Johnson’s initial strategies have made the spread of the virus grow faster. He bragged about shaking hands and adopted a herd immunity strategy, opposed wearing masks and lifted the lockdown too soon – ‘eat out to help out’ and crucially the failure to organise a test and trace system that works. This is due to his obsession with awarding private companies the contracts costing billions of tax payers money.

As with every pandemic the death toll does not fall evenly across society. It is those from the poorest backgrounds who are at most risk of dying from the virus. Those who live in the most overcrowded conditions, who have less healthy diets and who live the most stressful lives with long working hours in an attempt to make ends meet, are the most likely to die.

Doreen Lawrence’s report into Covid-19 and BAME deaths is a devastating indictment of this government’s handling of the virus and reveals that it is racist to its core.

‘National unity’ points the way to the grave yard.

To save lives we need to act fast. The leadership offered by Keir Starmer has been woeful. His approach has been to do what he considers is best for the ‘national interest’, which of course means the interests of big business. The calls for national unity lead to putting profit before lives and undermine the working-class unity that is needed to save lives.

Starmer’s craven support for the government’s approach, until very recently when opinion polls showed that a significant majority were for a national lockdown, has been to demonstrate that he can be trusted with looking after the economic leavers of power. The suspension of Jeremy Corbyn from the Labour Party has nothing to do with antisemitism. Corbyn has opposed racism and antisemitism all his political life.  This attack on him is another by Starmer to send a clear signal to the employers that Sir Keir can be trusted.

The attack on Corbyn is an attack on all those who wish to see a more equal and safer society and want to resist the attempts to subordinate our class interests in favour of protecting the ‘bottom line’ at any cost.

We need to act now if we are to save lives.

Unfortunately, it is not only Starmer that has adopted a ‘national unity’ approach to deal with the public health and economic crisis. TUC leaders have done so too. The ‘beer and sandwiches’ approach adopted by trade union leaders in the 1970s when they were invited into Downing St to discuss how to resolve the crisis is in full swing today. Then as now few trade union leaders are willing to break from such an approach. We must demand of them they do and do so quickly.

UCU has rightly adopted a different approach. We have called upon the government and college and university employers to end in-person teaching and make remote learning the default position.  UCU has agreed with the advice of SAGE who advised four weeks ago that,

‘All university and college teaching to be online unless face-to-face teaching is absolutely necessary’.

But once again Johnson has ignored this advice and is demanding that schools, colleges and universities remain open. This is a disastrous decision and will make the impact of the national lockdown in England less effective.

Universities, as we have seen with the incarceration of thousands of students in their halls of residence, are sites of contagion and have helped to speed up the rise in the infection rate into local communities. Schools and colleges are too sites of contagion and will spread the virus. As the DFE said of colleges,

Further Education (FE) creates connectivity between multiple organisations and could amplify local transmission. It is highly likely that there will be outbreaks associated with FE, and asymptomatic transmission may make these harder to detect.

A significant risk associated with FE is the potential to facilitate wider transmission between households and workplace settings, by providing greater connectivity within a community.’

The NEU have just launched their campaign demanding that schools and colleges to be included in the national four-week lockdown.

UCU should approach the NEU for a joint campaign to demand that all colleges, universities and schools should be included in the four-week national lockdown and move all teaching online.

No doubt we will hear from government that this is not possible because of the detrimental impact on our young people’s mental health. From a government that is prepared to allow tens of thousands of our children’s grandparents and parents die needlessly, this concern for their wellbeing does not ring true.

It will be much easy to support those vulnerable students with mental health issues if colleges, schools and universities move to remote leaning. Teachers and lecturers could then identify which students need in-person teaching in a much safer environment for them and their teachers.

As every study has shown that the rise of mental health issues amongst our young people correlates with the rise of exams as the main form of assessment. The biggest single change the government could and should make to relieve the pressures on our student’s mental health would be to follow Scotland and Wales and scrap all exams and replace them with teacher assessment.

If government or employers will not act to protect us – then we will.

Heriot Watt University UCU, once again, have shown that despite all the challenges of the present situation, we can still beat the government’s balloting thresholds and secure legal requirements to resist. UCU branches at Brighton University and Imperial College have also launched ballots to protect jobs. We must do all we can to support them in their fight to defend education and jobs.

Across the post 16 education sector we need to be calling union meetings this week to demand that all teaching to be moved online. The meetings should make clear that failure by the employers to meet our demands will lead UCU to declare that it is not safe to work on site and declare a dispute with their bosses.

UCU’s escalation strategy advice makes clear what the next steps are (click here). But we may have to move more quickly to protect lives. Branches need to prepare to do whatever they can to protect the lives of our students, communities and members – by any means necessary..