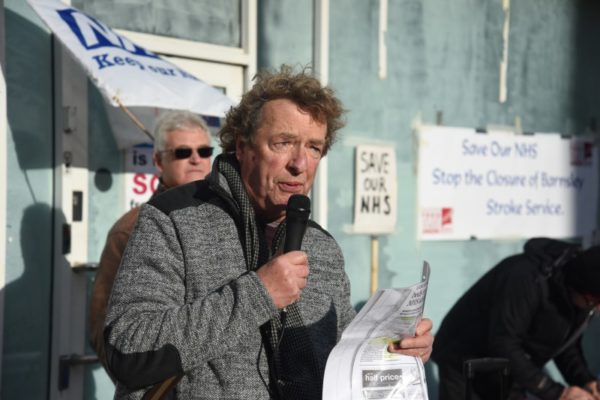 It is with great sadness that I hear of Dave’s untimely death. Dave was an active member of NATFHE/UCU over many years and served on UCU’s national executive for several years.

I first met him when I moved to Sheffield in the 1990s. We were both members of the SWP. Dave was active in Barnsley where he lived and worked since the early 1970s. There has not been one cause or campaign throughout those forty odd years that Dave had not been involved with.

Dave was, as Leon Trotsky once described revolutionaries, the memory of our class.

Living in an area that had been so badly damaged since the defeat of the Miners in the Great Strike of 84-85 he understood the dangers of racism and fascism dividing the community that he lived in. He, with great bravery and commitment, stood up against the attempts of the NF in the 70s, BNP in the 80s and 90s to the EDL more recently to exploit the rise of mass unemployment and the destruction of the mining communities.

As a trade unionist you always know you are being effective when your employer makes an attempt to victimise you. Dave was victimised not once but twice throughout his career at Barnsley College. The first time in the 1990s was for using the college’s franking machine to send one letter to the ANL!

But both times the employers failed to oust Dave from his job. His years of building support for others was paid back when workers locally and nationally rallied in his defence. The first Principal that attempted to victimise Dave a few years later was in imprisoned for fraudulent practices. Whilst Dave was not a vengeful person he did remark to me on this matter, in a calm dispassionate manner, but with a wry smile, ‘Good always comes to those who wait’!

Even in retirement he was still active. He was a part of the brilliant campaign to prevent the scrapping of free bus passes for pensioners.

Dave was a warm and gentle person. I have missed him greatly since his retirement. He was someone to whom you could always turn to discuss and work things through. He had a rare quality of giving you confidence and reassurance in your ability to make important decisions.

Leadership for Dave was about inspiring others to fight. At the core of his being lay the belief that only working people through their own struggles had the ability to rid society of all its injustices and found society a new based on equality for all.

Dave will be sorely missed but his life has enriched so many, we are much better equipped, thanks to him, to continue the struggle for Socialism.