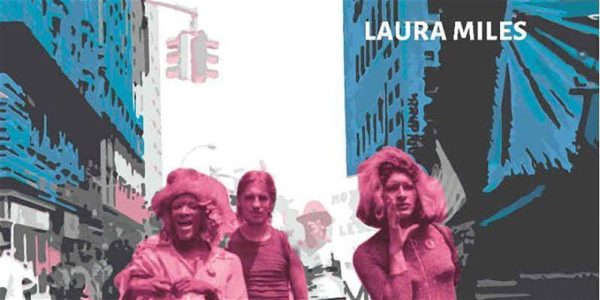 The cartoon in the Morning Star depicting trans people as vicious predators would have been shocking if it had appeared in the Daily Mail. But to see it in a socialist newspaper with its roots in the trade union movement is bewildering and extremely disappointing. There has been, rightly, a storm of criticism and condemnation not just from trans individuals and organisations but from very many socialists and trade unionists too.

The Morning Star editorial team removed the online copy but it took them five days to publish an apology. But the question remains – how did such a transphobic cartoon end up in the pages of a socialist newspaper?

First, it reveals a departure from the basic position all socialists must take when it comes to oppression. Socialists unconditionally stand with the oppressed. Capitalism divides the working class through racism, sexism, homophobia and transphobia. Governments led by the likes of Johnson, Trump and Bolsonaro  are looking to pick on groups of already vulnerable people who appear to be different to the rest of the class and attempt to blame them for poverty, poor housing and cuts to services and the insecurity these cause, for which these governments are responsible.

The roots of trans oppression

The causes of transphobia have similar roots to those of women’s oppression. They lie in the emergence of class societies, especially capitalism, and the centrality of the ideology of the privatised nuclear family as the key unit in providing, at minimal cost to the state, the next generation of workers to generate profits and economic growth. For socialists this is the starting point to understanding women’s and trans peoples’ oppression. It is through the traditional family unit that the mores and behaviours the establishment expect from working people are perpetuated and sustained. It is for this reason that the fight for women’s and trans equality are one and the same struggle.

It is through the bravery and heroism of those who came out and defied homophobic and transphobic societal norms in the late 1960s, most spectacularly in the 1969 Stonewall riots, that a powerful social movement for LGBT+ rights emerged with the aim of putting an end to such discrimination.  The struggles of those who ignited the fight in the 60s have led to many important reforms for LGBT+ people and women that today right wing governments are trying to roll back in order to re-impose strict traditional family values.

This leads us to the second reason why the Morning Star team allowed the publication of such an offensive cartoon that perpetuates so many right wing myths about trans people. They seem to accept one of the most basic right wing tropes used first against gay men and now against trans people. Gay men were, and are, attacked on the spurious basis that the only reason they go to public toilets is to have sex with unsuspecting heterosexual men. The Morning Star cartoon reinforced similar offensive myths about trans women – that trans women are not women at all but ‘men in drag’ who want to use public toilets and other single sex spaces to abuse women. Yet actual examples of trans women assaulting cisgender women in public places like toilets are very rare. Indeed, the main results of this scaremongering are to make life more threatening and dangerous for trans people – and to result in more cisgender women being challenged because they are not perceived as fitting gender stereotypes sufficiently well.

The final reason why the Morning Star and some of the left end up in a position that puts them at odds with those in the trans community is that they oppose some aspects of the 2004 Gender Recognition Act. The Act is under review by the Johnson government which now has a large majority and is able to push through anything it wishes. The indications seem to be that having delayed the report of the public consultation on proposed amendments to the Act, particularly the introduction of self-identification/self-declaration to obtain a gender recognition certificate, the Tories will fail to implement this opportunity to make trans people’s lives a little bit less hazardous and stressful.

If this happens it will be greeted by transphobes as a victory and will inevitably lead to further abuse and discrimination against trans people. It will also open the door to further attacks on women’s and LGBT+ rights, since a setback for trans women would be a setback for all women and for all LGBT+ people.

The existence of trans women is not a threat to women’s rights or a denial of cisgender women’s oppression. History has shown us when the oppressed are united all our rights are protected and we all take a step closer to liberation.

That’s why it’s crucial that the left unites now around a campaign to amend the GRA as well as defend the trans rights embodied in the 2010 Equality Act just like we did in the late 1980s around Section 28.

It is understandable that a lot of those who have been offended, angered and felt so let down by the Morning Star cartoon have been calling for the paper to be ‘no platformed’ and boycotted by the labour movement. We think this would be a mistake. We demand that they stop promoting anti-trans and trans exclusionary positions, as they have increasingly been doing for several years. Their statement issued on 28th February is an improvement on their former position which seems driven by the hangover of a Stalinist attitude that fighting for LGBT+ rights constitutes a ‘bourgeois deviation’ from the real class struggle, coupled with a biological essentialist understanding of sex and gender.

The reassessments in their latest statement are welcome (although no doubt motivated by the continuing hostility to the cartoon and the threats to funding) but it stops short of accepting that trans women are women, trans men are men, and gender non-binary people are worthy of recognition and respect. It does not explicitly accept that trans women have a legal right to enter women’s single sex spaces. It fudges on the question of toilet access and ‘gender neutral spaces’ for trans people. And it does not explicitly say that trans rights do not undermine women’s rights.

We recognise that there are differences within the movement around a range of issues, and indeed that some people are genuinely unclear or poorly informed about trans rights, but we must debate these disagreements rather than refuse to engage with them. ‘No platform’ is a tactic used to prevent fascist organisations from gaining any foothold in our society which they would then use to undermine the very democracy that allowed them that platform in the first place. Whatever our disagreements may be with the Morning Star and the political tradition it represents, it is not a fascist organisation.

We can debate these issues on the basis of evidence but we cannot and should not expect trans people to engage with transphobes and trans critics who want to ‘debate’ the very existence of trans people. Let’s debate the issues, yes sometimes robustly if necessary.  But let’s above all also unite in the defence of the LGBT+ community and fight for a world where people are brought up to never know what it is to discriminate against those who are perceived to be different. 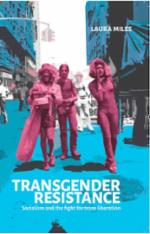 Transgender Resistance: Socialism And The Fight For Trans Liberation

Trans rights and trans lives have come under increasingly vicious ideological attack in recent times, from the ‘bathroom wars’ and Donald trump’s anti-trans edicts in the United States, to attacks on the proposed changes to the Gender Recognition Act in Britain.

Transgender Resistance brings together key strands of opposition to these attacks – on the streets, in communities, in workplaces and in unions. It adresses the roots of transphobia and the history of gender transgression.

It highlights trans peoples’ fight for the freedom to live authentic lives and explains why that fight deserves unconditional solidarity in all sections of the left.