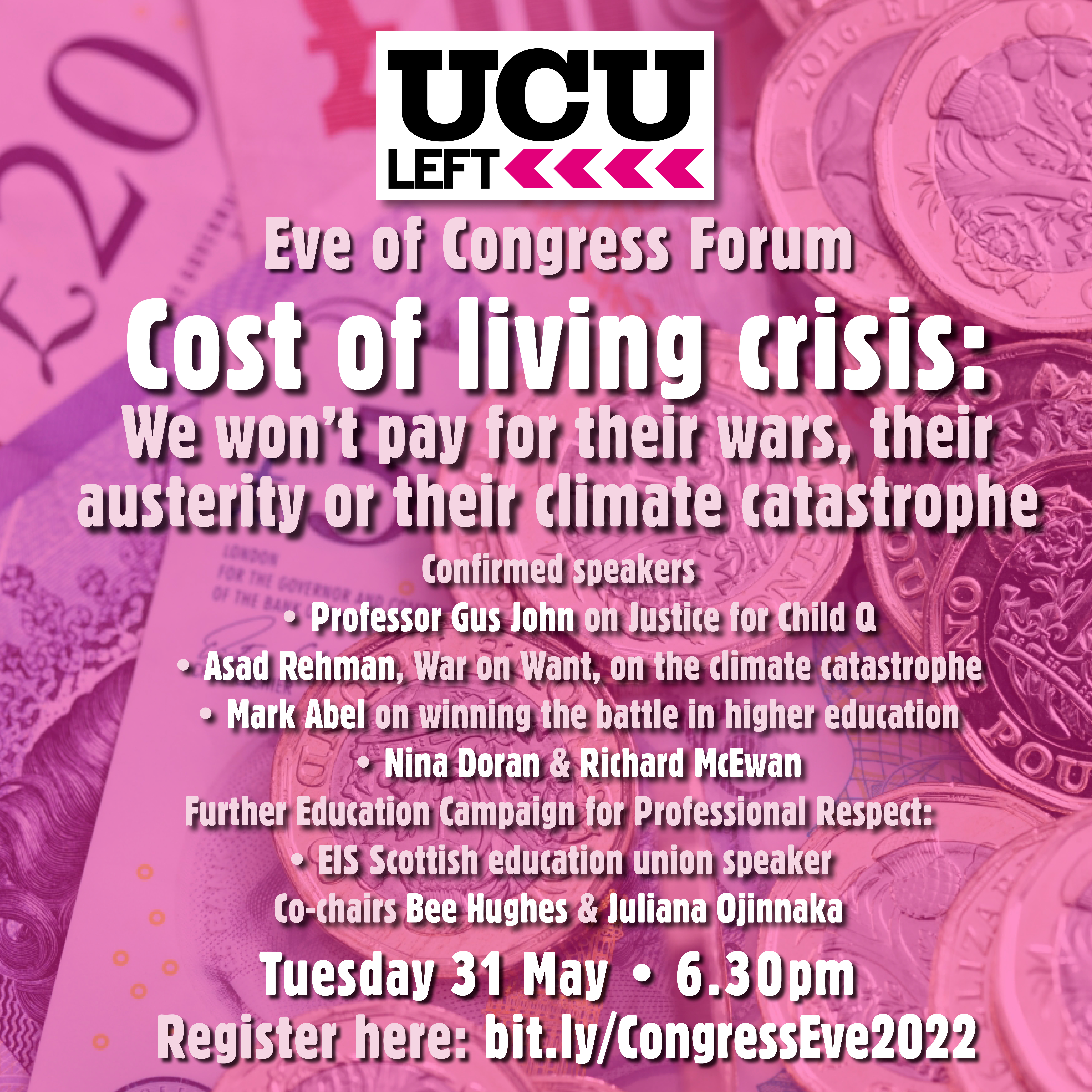 Motion 19 calls Congress to censure the General Secretary. This is not a personal attack on Jo Grady. It is about democracy and accountability. It is about insisting that the elected leader of our union has a duty to respect and implement the decisions made by our union’s sovereign bodies.

For trade unions to be an effective voice of workers against their employers they need to be highly democratic organisations. We don’t use the phrase ‘member-led’ for effect. There is a direct link between ‘the union’ as an abstract concept and members’ willingness to suffer loss of pay in pursuit of industrial action. That link it is cemented by the work, effort and respect members have for their local branches and committees. It is these day-to-day organisations of members in every institution that demonstrates the value of trade unions and trade unionism. It is imperative that branches, their resolutions to conferences and the actions they call for are respected and implemented in a timely way. In our union it is UCU Congress and Sector Conferences where sovereign decision-making takes place.

These linkages between members, their branches and ‘the union’ must be fostered and protected. When these links are undermined or broken, we have to address the cause and put these right. The current HE dispute has seen decisions made by members at Congress repeatedly ignored and undermined by those whose job is to implement them. Responsibility for this lies with the General Secretary.

The Four Fights and USS disputes are turning into a model of how not to organise a UK-wide dispute. The strategy implemented is a million miles from the guidance developed by the UCU’s Commission for Effective Industrial Action https://www.ucu.org.uk/CEIA. Decision after decision democratically made during national conferences, branch delegate meetings and Special HE Sector Conferences have not been acted upon and instead fake consultations have replaced genuinely democratic processes.

The current fragmenting of the HE disputes is a direct result of these problems. The shrinking of the number of branches with a mandate for action was caused by the imposition of a three-week reballot period in defiance of the five-weeks HEC voted for. In spite of that, 40 branches exceeded the threshold, almost the same again had turnouts of over 40%, with 86% of members voting for industrial action.

Special Sector Conferences voted for marking boycotts to begin, but a series of delays and prevarications eroded members’ confidence that the action could be effective. Branches were asked time and again whether they still wished to go ahead. This isn’t democracy. It’s a recipe for confusion and paralysis. It’s no wonder that the number of branches involved in the boycott halved, forcing the remainder to focus on local gains.

All of this has left our disputes in severe jeopardy. In the context of the worst cost of living crisis in a generation, the General Secretary’s plan to pause the fights until next year is completely inadequate. It would condemn us to yet another year of real-terms pay cuts, it effectively concedes as permanent the changes imposed to USS, and it abandons our casualised colleagues and those suffering from pay gaps to their fate.

Nor is it credible to argue that a period of recruitment must precede the next phase of industrial action. People join unions when they mount a serious struggle; and as the experience of the last 40 years in the UK shows, a failure by unions to fight produces a decline in membership.

It is sad that a General Secretary elected on the back of the #NoCapitulation moment in the USS dispute of 2018 has ended up resembling her predecessor. But this is what happens when the decisions taken by our democratic bodies are not respected and the fighting spirit of members is squandered.

As a first step to tackling these problems, vote to censure the General Secretary. Vote for Motion 19.