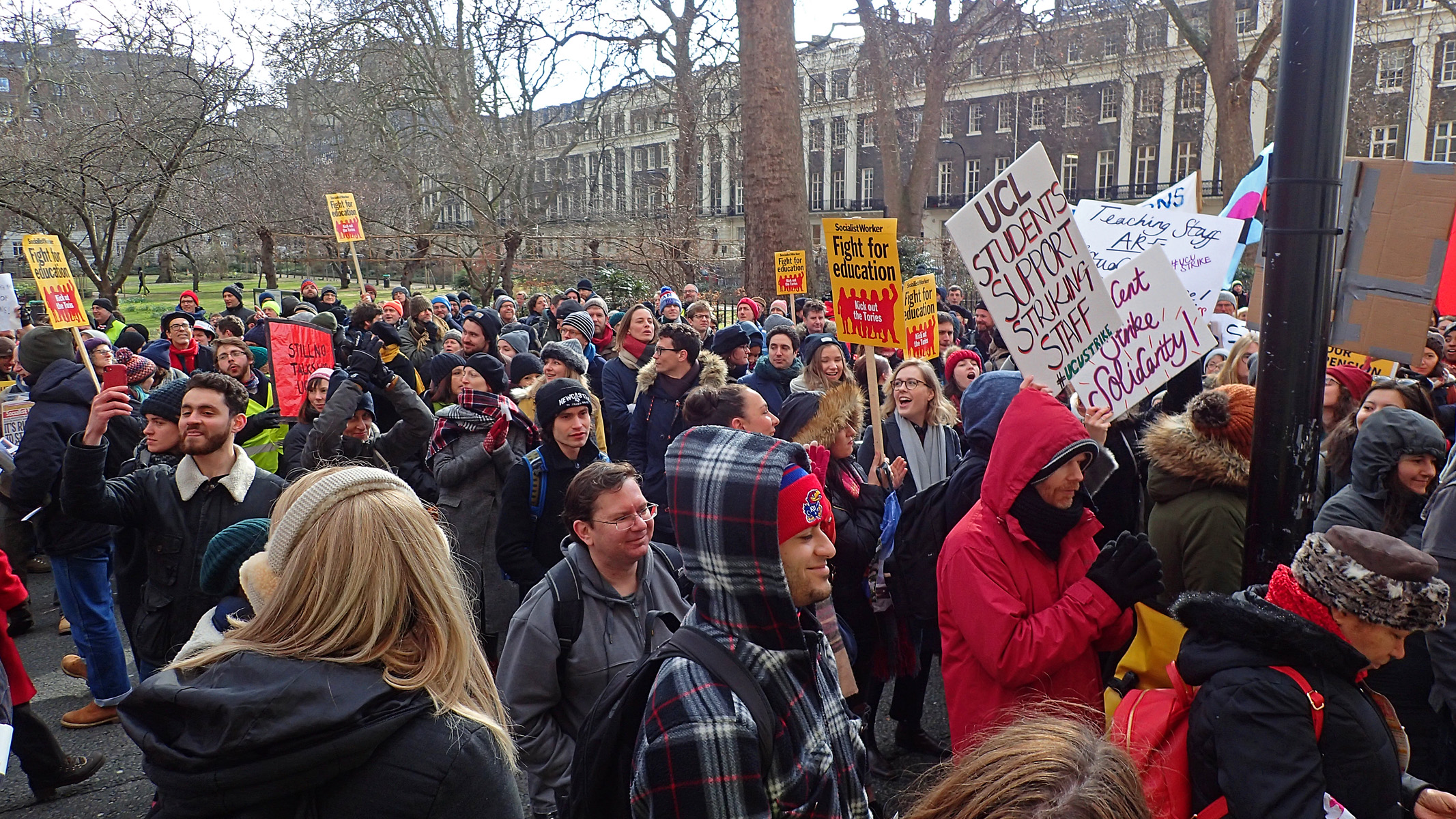 The issue of union democracy has again become important in the context of UCU’s higher education disputes.

Many members are wondering how the Higher Education Committee (HEC) could blatantly ignore the views expressed at the previous Branch Delegate Meeting (BDM) when they took decisions about our forthcoming industrial action.

No delegate argued for decoupling the two disputes, and no delegate made the case for rolling regional one-day strikes. And yet that is what HEC voted for.

Fury at this democratic deficit has led to branches passing motions for an emergency Special HE Sector Conference and to a demand for a further Branch Delegate Meeting, with voting powers, before the next HEC meeting.

Democracy is the life-blood

Democracy is central to fighting industrial disputes effectively. This is because unlike an army, those making sacrifices to fight cannot simply be ordered around. Union members need to feel that we have a stake in the battle and a say in how it is conducted. If members believe that the strategy will be ineffective, or that their leaders will settle for less than they should, support for the dispute will quickly erode.

Democratic involvement is not an optional extra. It is essential to being able to win.

The last time a row about democracy exploded in UCU was in the USS dispute in 2018. The famous #NoCapitulation revolt by members stopped the the then General Secretary signing a shoddy deal. To avoid motions critical of the GS being debated at Congress later that year, the leadership unplugged the microphones and turned out the lights. Congress ended early, but not before it had set up a Democracy Commission comprising elected union members to propose ways to enhance democracy in the union.

One of the proposals drawn up by the Democracy Commission was for dispute committees to be set up in every dispute, composed of delegates from each of the branches involved. The dispute committee would debate the strategy and tactics of the dispute and no decision about the conduct of the dispute could be taken without its approval. Dispute committees would ensure that control of disputes was in the hands of the members fighting them and prevent settlements that the majority of branches opposed.

Unfortunately, at the Democracy Congress in December 2019, this proposal narrowly failed to gain the two-thirds majority required to bring it in. Opponents argued that it undermined the authority of the HEC and the Further Education Committee (FEC) — which was precisely the point — and that holding such meetings would be impractical and expensive. The pandemic has taught us otherwise.

Nevertheless, it is already constitutionally the case that the National Executive Committee’s (NEC) role is to enact the policy set by members, not to determine it. What mechanisms do we have to ensure that it, and its two subcommittees, HEC and FEC, behave democratically?

Policy in sectoral disputes is set by the relevant sector conference. Recent HE sector conferences have passed motions committing the union to fight the USS and Four Fights disputes together. It is also union policy to call hard-hitting and escalating strikes rather than token one-day action. At the most recent Special HE Sector Conference last September, a motion calling for indefinite action in the Four Fights dispute was passed.

When HEC meets immediately after a sector conference, it has no choice but to implement the conference decisions. However, the further those decisions recede into the past, the easier their opponents on HEC find it to argue that they no longer apply because circumstances have changed. In the case of indefinite action, the existence of the policy was simply denied!

If 20 branches pass a motion calling for it, they can force a Special Sector Conference to be called under Rule 16.11. Branches have been doing that in the last few weeks but it’s difficult to keep track of how many such motions have been received at HQ and despite the rule stating that any member can ask for a list of branches, this information has simply not been provided. Now, rather than call an urgent SHESC, the leadership has called one for April 20th, too late to affect the next bout of industrial action.

The other mechanism members have for influencing HEC is branch delegate meetings (BDMs). Members used in-person BDMs very effectively in 2018 to get the infamous ‘#NoCapitulation’ settlement thrown out.  They met on picket lines and strike meetings, and then came in droves in London from all over the UK to demand No to a rotten deal. Each branch delegate was cheered as they went in, saying they would stand by members. The result was an overwhelming vote against the offer. General Secretary Sally Hunt left that meeting in no doubt that members would not accept the UUK offer, and called on HEC to throw it out, which it did.  Members’ anger at the way a subsequent BDM was rigged led to calls for the resignation of the General Secretary. So despite the fact that they are not governed by the rules of the union, they can exert powerful pressure from the rank and file on the leadership

What can we do?

We strongly support the call from the recent meeting of delegates for a BDM with voting rights to take place before the next HEC meeting on 25th February. The motions to be discussed at HEC should be circulated to BDM delegates in advance so they can consult with their branches. Now that a SHESC has been delayed until 20th April, this is the only way we can put sufficient pressure on HEC members to influence or overturn the strategy that has been adopted.

In the longer term, we should ensure that at least one branch resubmits the motion on Dispute Committees to this year’s Congress. Perhaps it would reach the two-thirds threshold required for it to be enacted this time.

And of course we can also vote for NEC candidates who are committed to sticking to policy and abiding by the wishes of branches.

But we also already have the ability to meet unofficially as rank and file members or delegates from branches to discuss our disputes, make demands of our leaders, and mobilise members.

The scale of the employers’ attacks on us and the devastation they are wreaking on HE mean that we need to develop strong independent rank-and-file organisation. The UCU Solidarity Movement and CoronaContract have shown what is possible when we bring together activists from across branches in unofficial structures which respond to our needs.

These two meetings next week have the power to influence the next steps in our dispute because despite having no constitutional status, they will have the authority of the membership taking action. The first meeting is intended to facilitate a wider discussion about strategies to win, and the second to vote on practical proposals.

Let’s make sure every branch is represented!