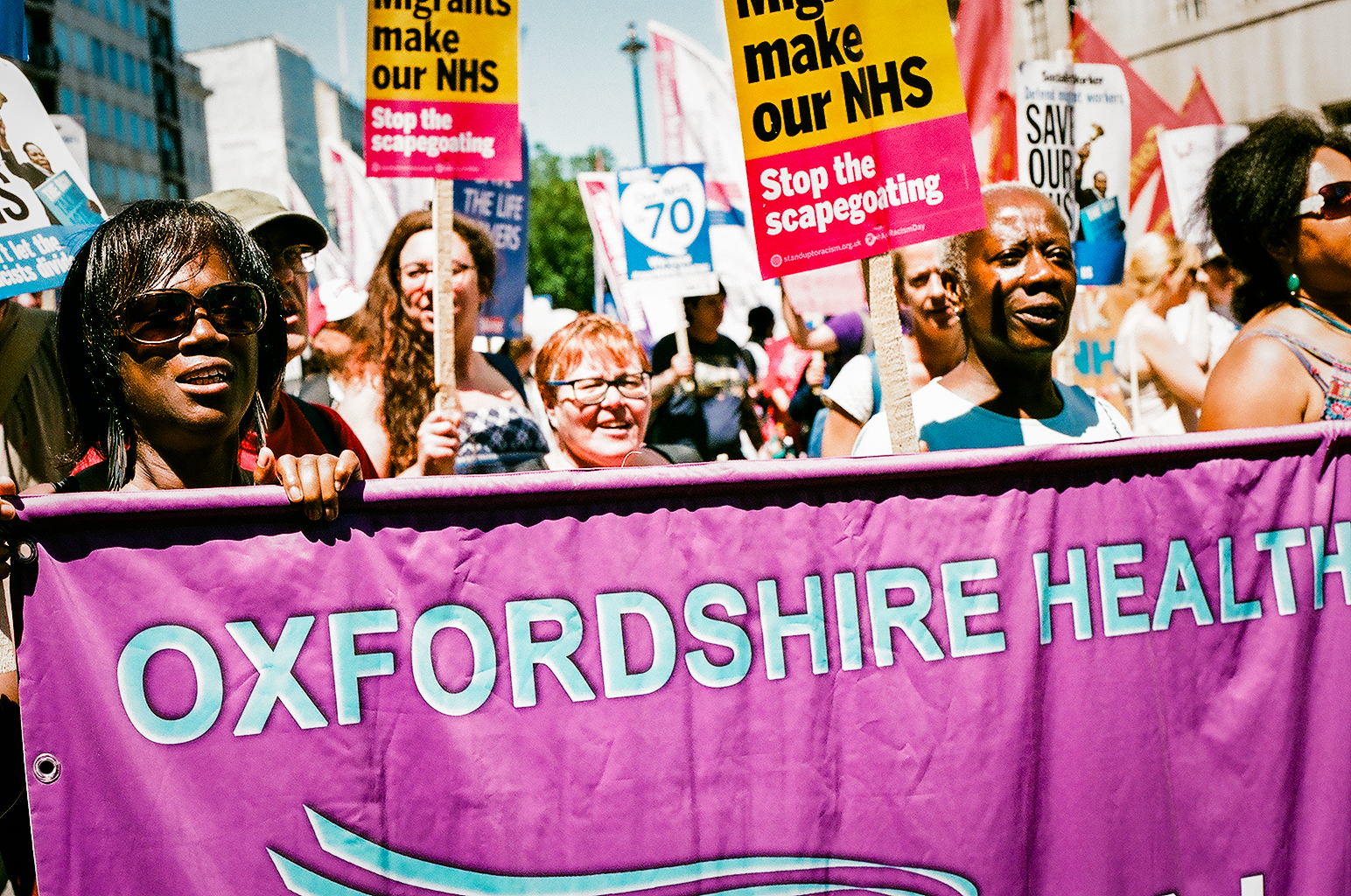 Since the announcement of the result of the European referendum, the political establishment have been in profound crisis.  Many political commentators draw parallels with the mid-19th century conflict over the Corn Laws to underline the scale and depth of the divisions within the establishment. The Corn Laws crisis was the last time the Tory party was on the brink of tearing itself apart as a result of divisions and conflict about how to maintain the rule of the wealthy.

The Tory Party is riven with splits, plots and preparations for a coup against May. We have a Prime minister that only survives by bribing the ultra-reactionary DUP to give her their votes.

The media are completely obsessed with the machinations taking place around the Brexit negotiations. They would have us believe that what takes place in these negotiations is key in determining our living standards. The truth of course is, in or out of Europe, it is our ability to organise and resist that will determine if our living standards rise or fall, as it is for our fellow workers across Europe.

However, this has not been understood by many leaders of the Trade Union movement. Their pessimistic outlook about the ability of workers to halt the government and employer’s austerity driven policies has led them to a different conclusion. They believe that jobs and living standards will only be protected if the referendum result changes andthereforethat a second referendum should be called to alter the outcome.

UCU consultation on a second referendum.

The General Secretary has decided to call a consultation of UCU membership (Yep another survey!) to seek our views about whether there should be a second referendum on the final Brexit deal.

This was not submitted to this year’s Congress as a motion. In fact, there were no motions on this subject. The last time it was debated at Congress the previous year, it was heavily defeated. This manoeuvre stands as one more example of the disregarding of the sovereign policy making body of the Union, replaced instead by the GS using her own report to the NEC, on which she has a majority, as the mechanism for making national union policy.

At the NEC the GS argued that no longer can UCU afford to be silent on this issue. Apparently, her inbox is full of members wishing UCU would take a position of support for a second referendum.Even if truewhy now, rather than at Congress, has the GS decided to go to the membership on this question?

No doubt part of what motivates the GS and her allies to launch this campaign is the belief that new members, outraged by her handling of the USS dispute then the anti-democratic way she attempted to block the resignation and censure motions at Congress, will now be won round in support of the GS and her IBL allies.

Yes, let’s have a debate on this issue but let’s us not pretend this has anything to do with political principles.

This new found democratic zeal from the GS and her supporters is transparent. It has nothing to do with democracy but all to do with political opportunism and an industrial pessimism.

Why we must oppose a second referendum

As trade unionists we fight to protect our democratic rights. If motions are passed at congress or votes cast in a ballot for action, we would rightly be outraged if this was ignored with further votes being called until the membership voted the ‘correct’ way.

Calls for a second referendum will alsounderstandably be seen by many working people in this way – a Metropolitan elite ignoring the democratic will of working people. This would be a gift to the far right in Britain.

Those who voted to leave Europe did so to register a protest against austerity – a world where a minority have become fabulously wealthy and live a life of luxury at the expense of the vast majority. Some of these also blamed immigrants for their immiseration.

If the trade union leaders attempt to orchestrate a campaign within the trade union movement to get behind a second referendum it will leave organised labour, the most progressive part of the working class, divided.  This will make it much more difficult for trade unionists to defeat the far right and prevent it becoming the voice of the dispossessed and marginalised.

There are already signs that anti-Brexit mobilisations are becoming the focus at the expense of ant-austerity/anti-racist ones. The recent NHS demonstration was significantly smaller than the anti-Brexit march a few weeks ago.

There is a second reason why there is a campaign for a second referendum. Again, it has little to do with principles but more to do with undermining Jeremy Corbyn’s leadership of the Labour Party.

Many who attended the pro remain march the other week did so because they believe that this is the best way to defend migrants and ordinary peoples’ living standards.

But if we look at who led and organised the tens-of-thousands strong protest it is clear what forces are behind it and their agenda. Tony Blair, Alistair Campbell, Vince Cable, Chukka Umuna and a vast array of other Blairite MPs who can’t get over Corbyn’s success.

In other words, warmongers, racists, anti-immigrant xenophobes who are utterly contemptuous of the working class and who are hell-bent of getting rid of Corbyn.

A small minority of people took a position in the European Referendum that opposed both the little Englander Brexit position of Farage, Johnson, Rees-Mogg, Gove et al and the Remain Coalition of Blairites, Lib Dems, David Cameron and more or less the whole of the Confederation of British Industry.

This minority included the likes of the SWP and the Communist Party of Britain (who thoroughly opportunistically supported the GS’s proposal at the NEC). This minority holds the view that the interests of the working class in Britain, as part of an international working class, is not served best by either being a part of Europe or restricting our borders to migrants.

We point to the fact that the conditions of the working class in Britain have deteriorated because of pro-European British employers driving down wages and axing our jobs. Migrant workers have not and will not get a better deal by being a part of the European Union (EU). We only have to look at the way that the EU has dealt with the biggest migration of people since the Second World War to see the cruelty and xenophobia of the EU which has led to thousands dying in the Mediterranean.

The need for a Social Europe with internationalism at is heart is something we can win.

This position has a long and honourable tradition within the Labour and Trade Union movement. One that has been supported by people like Tony Benn, and Jeremy Corbyn and John McDonnell in the past.

If Jeremy and John had not been pressured to change their position on the European Union then this argument would have got a wide hearing amongst working people during the referendum campaign.

Pie in the sky? Well Jeremy Corbyn did win the leadership of the Labour Party and John McDonnell is the Shadow Chancellor…

Unite to tackle the roots of racism

At this critical time, when the political establishment is so divided and with a battle to defend pay and conditions and the rise of a far-right, UCU should be launching a campaign that unites the union rather than one which divides us.

Taking on the roots of racism and xenophobia means fighting poverty, unemployment, the housing crisis and low wages. It is inspiring to see alongside our GS almost all trade union leaders have signed a statement calling on members to unite against the far right. But we need campaigns and strikes to deal with the material causes that give rise to the far right. If the TU movement puts its weight behind a second referendum it will give succour to the fascists in our communities and do nothing to defeat the employers whose policies of austerity have torn our communities apart.

Those within the trade union movement who are calling for a second referendum are playing with fire. Let’s make sure that they don’t make a difficult situation a lot more dangerous for all workers – VOTE NO to a second referendum.