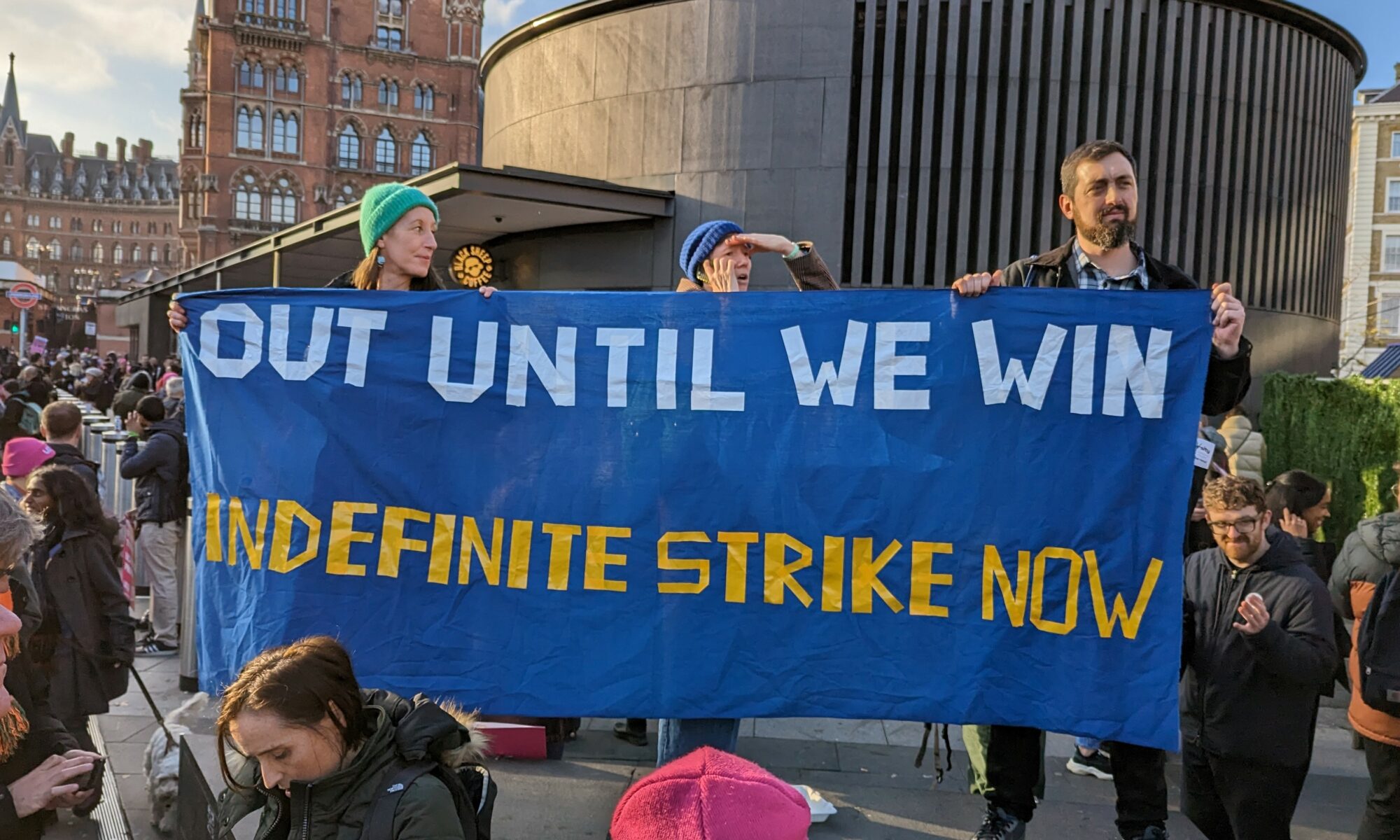 Anyone who witnessed last night’s UCU Twitter event on our disputes knows there is a real problem.

You don’t have to be a cynic to see the event as stage-managed. Despite being billed as a debate, only eight speakers were called over the 80 minutes, four of them NEC election candidates for the General Secretary’s Commons faction. Jo Grady spoke for at least two thirds of the duration of the event by insisting on responding after every speaker.

She used her voice to tell us that any form of indefinite action would play into the hands of our employers and give them victory. Such is her determination to rubbish any alternative to her own plan, she was even prepared to effectively invite legal challenges by the employers by publicly divulging legal advice she claims the union has received.

She argued that decisive action to win in the short term was out of the question and that we had to understand that we were in for a long haul. But when one of the few independent members who got to speak asked her the point of ten days of strike action if we are really delaying the fight until after a reballot, she had no coherent answer.

The General Secretary’s strategy of non-escalating strike action in February and March is a recipe for squandering our historic aggregated ballot mandate.

But it’s not proving popular among members. Over the last week, branch after branch have passed motions supporting forms of indefinite action. Members know from our own experience and from that of other unions that our employers will simply wait out time-limited action.

Even if we could be certain of winning another ballot mandate, delaying the fight until the end of the academic year makes no sense. The time to fight is now.

At today’s Branch Delegate Meeting we must vote down the General Secretary’s bankrupt strategy. This is the only way to return the decisions on industrial action to the Higher Education Committee and get our disputes back on track with action that can shift our employers.