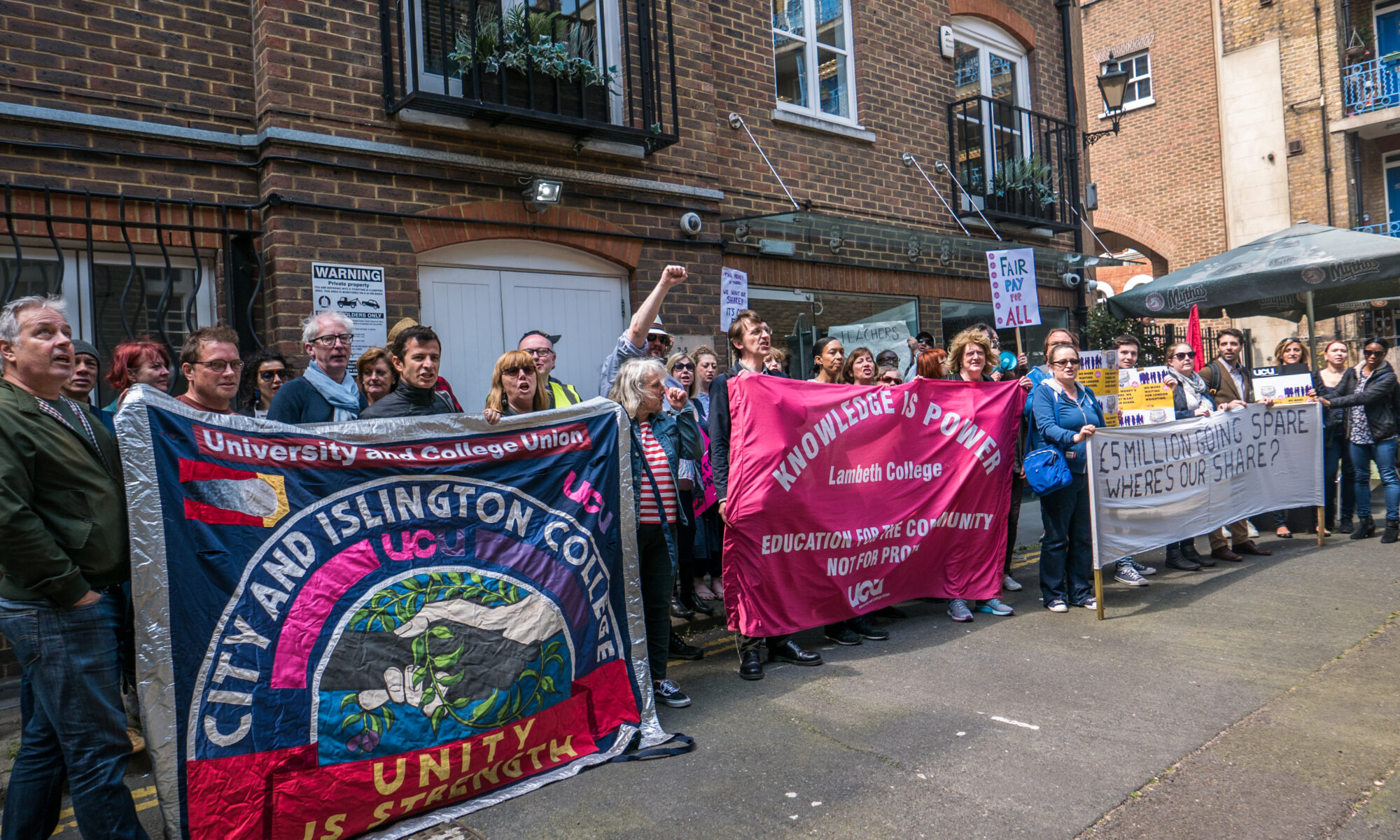 Lecturers and support staff in the sector have seen their wages cut in real terms by 30% in the past decade. The government, with no real opposition from our employers, are lining up for further attacks. As in 2008 when the government made us pay for the bankers’ crisis, they intend to make us pay for the public health crisis, with another decade of austerity.

Those working in the public sector have worked miracles throughout the pandemic. In FE we launched ourselves into supporting students and our communities. Creating imaginative online teaching resources and providing one-to-one support to setting up food-banks and making PPE for local hospitals – FE staff have been on the frontline in every sense.

We have sacrificed a lot and, in some cases, staff have paid the ultimate price with their lives.  Our campaign will emphasise the need to close the pay inequality gap. Many of our members are women, disabled and from BAME backgrounds. We all have risked our lives to teach this year, but BAME and members with disabilities, even more so.

Politicians and commentators say they recognise the important role in rebuilding society that FE will play in a post coronavirus world. But these warm words have not been matched with an increase in funding for the sector.

Undervalued, under paid and over worked

In fact, there is real resentment and anger at how those working in the sector are being treated. First the insult of a 1% pay award especially since there has been a £224 million increase in base-rate funding, which was meant to give colleges the ability to prioritise staff pay.

Since the Pandemic started, whilst food banks have grown and pay packets cut, a small minority have seen their income increase to new heights. In Britain Billionaires’ wealth has soared by 35%. Entrepreneurs behind major tech companies, healthcare firms and industrial sectors have done very well from the pandemic at the expense of the rest of us.

The government say they cannot afford a pay rise because of the pandemic. But they can find £16bn to spend on the military, new Nuclear weapons and £37b to their friends in the private sector on trace and test software which has not worked.

But it is not just the pittance that those working in the sector are currently paid and the continued decline in our salaries in comparison to school teachers which enrages FE staff but also the huge increase in workload.

In the last decade over 25,000 practitioners’ jobs have disappeared but student numbers in most areas have remained the same and, in some areas, increased.

So how have management managed to increase the workload of those who remain in the sector to meet the sustained student demand?

First, cuts in guided learning hours. This has allowed managements to increase the number of groups individual lecturers teach within their contractual contact hours. A couple of extra groups means another 40 students.

Second, an increase in time spent attendance chasing. With the change in the law making it unlawful for 16-18-year-olds not to be in work, education or training, the amount of time lecturers spend chasing attendance has increased dramatically.  The time taken to input information, make calls and chase students to attend has eaten into lecturers’ preparation and marking time. Time which should be there for developing relevant, interesting and engaging teaching resources.

Third, an increase in the number of admin duties carried out by staff. As managements have cut and restructured support staff posts, their work has been passed onto lecturing staff. New software and other technological advances, rather than being used to decrease workload, has in fact increased workloads.

In short this means that we are working longer hours, teaching more students for significantly less pay than we were a decade ago.

Alongside the cut in pay and increase in workload there has also been a further rise of managerialism. The efforts to micro-manage our every move. To set individual targets and increase monitoring. Attempts to impose observation policies that management say are ‘developmental’ but in reality, give power to managers to walk into our classrooms several times a year creating unnecessary stress with very little benefit. Observation policies are increasing becoming bully’s charters.

Managers see professional autonomy as a threat because they do not trust us. But without lecturers being given the space and freedom to develop their craft, it will produce instead, a regimented and narrow teaching and learning experience for our students.

The context in which the FE consultative ballot takes place is one of a growing resistance in the FE sector. In Scotland EIS members have just voted to strike against the Scottish government’s proposals to downgrade lecturers’ roles to lower paid ‘assessor’ roles. In Northern Ireland UCU members are being balloted to stop a very severe attacks on pay and conditions.

We must do all we can help our members in these colleges and prisons win their fights. Solidarity is needed urgently. To send messages of support click here.

What teaching under lockdown conditions has shown us is that another working environment is possible, where real collaboration is possible. One where mutual respect and trust is possible. And where a willing and able approach, that allowed lecturers autonomy to work in a way that best fitted their students’ needs, is possible.

There is no need to return to the managerialism of the pre-covid world that has done so much damage to students’ and lecturers’ lives.

To ensure we don’t return to this and worse, we will have to fight. We have no choice if we want to take the sector forward and meet the needs of a post covid world – Vote YES on April 19th as the first step in taking back control of our working lives.

** Please note: Local claims can be attached to the national pay claim and be sent out to your members alongside the national consultation on industrial action on pay**