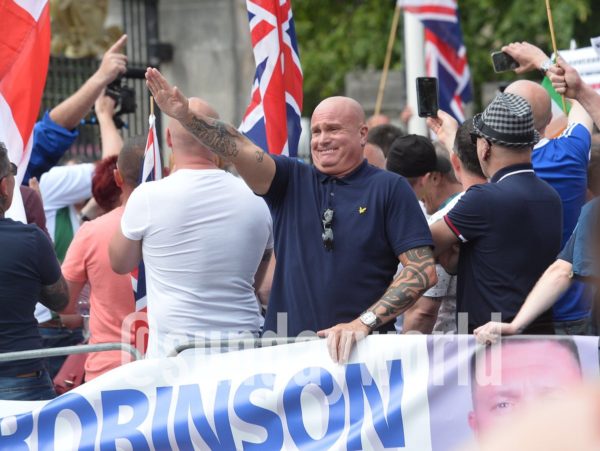 Frank Field’s resignation from the Labour Party last week has brought about further Orwellian interpretations about who is a racist and anti-semite and who isn’t.

Field’s reason for leaving was because under Corbyn’s leadership Labour, according to him, has become a ‘force for anti-semitism’. Across Europe we are witnessing a rise of anti-semitism as a result of the growth of far-right populist governments. But Jeremy Corbyn is not part of that racist political formation. He is someone who stands against all of what the far-right stand for and has done all his political life.

You would be forgiven for thinking as a result of the political eulogies about Field that he was a champion of anti-racist causes and fought hard to defend immigrants against vile attacks from the media and right-wing politicians.

In reality, Field has been often praised by the Daily Mail for his stance attacking immigration, he is a big admirer of Enoch Powell. In a fawning article in 2012 about Powell, Field argued that his only mistake was his ‘Rivers of Blood speech’ not because it was racist but because the backlash that it caused made it more difficult to criticise immigration.

Field is not a ‘maverick’ as the media and right-wing LP MPs have tried to describe him to justify his political beliefs – his racist views paved the way to the ‘hostile environment’ which immigrants in Britain have to confront on a daily basis today.

This attack on Corbyn’s alleged anti-semitism came in the same week that Jonathan Sacks likened Corbyn’s comments about Zionists not understanding irony as the worst comment by a political leader since Enoch Powell’s infamous ‘Rivers of blood speech’. This is quite clearly ridiculous.

Is Corbyn’s comment really worse than Margaret Thatcher’s ‘alien cultures swamping our own’ speech, Tebbit’s British Asians needed to pass a ‘Cricket test’ before they could consider themselves to be really British or Boris Johnson referring to Black people as ‘picaninnies with watermelon smiles’? Of course, it isn’t.

These attacks on Corbyn are unprecedented. No other political leader has ever endured such a prolonged and vicious witch hunt as he has.

There are two reasons for this. The first is Palestine the other is JC himself- the most radical and committed anti-racist and pro-Palestinian leader the LP has ever had.

It is not anti-semitic to support the Palestinians.

On Tuesday the LP NEC meets to discuss whether to adopt in full the IHRA’s definition of anti-semitism.  If they decide to do so, which by all accounts looks likely, it will be a significant step backwards for the campaign for Palestinian rights and will do nothing to stop the outrageous attacks on Corbyn.

At the heart of this argument is the belief that any criticism of Zionism automatically equates to anti-semitism.  This is an old argument which many of us on the left fundamentally disagree with. A state that has enshrined into its constitution that no Palestinian has the right to return to their own homeland is a racist state.

One of the racist assumptions made by those that argue calling Israel a racist state is anti-semitic is that all Jews are Zionists. This clearly is not true. There are many Jews who are not only not Zionist but are also very critical of it. Zionism was a minority political force amongst Jews until the second World war. It was the atrocities of the Holocaust that led Zionism to become the mainstream political force it is today.

It is clear what the goal of those who are campaigning to get the LP to adopt the IHRA’s definition of anti-semitism in full really is. To make it acceptable to criticise those who support the struggle of the Palestinian people as being anti-semitic simply by the fact that they support the liberation of Palestine.

UCU at its Congress in 2017 passed a motion condemning the IHRA’s definition.

‘that this definition…. conflates anti-semitism with criticism of the state of Israel and has been used to intimidate academics who are engaged in activities that are critical of the policies of the Israeli government but that are not anti-semitic.’

We must revisit this policy and actively campaign to ensure every member is aware of the consequences the IHRA definition is having and will continue to have on freedom of speech as well as the Palestinian people’s just cause.

This witch hunt must stop

The second reason that lies behind these attacks on Corbyn is plain and simple – he is the most principled leader the LP has ever had and the establishment despise him because of it.

If he were elected he would do his utmost to implement legislation to ensure that Britain is a far more equal society for all those who suffer discrimination because of the colour of their skin, their religious beliefs, sexuality or disability.

He would also attempt to implement legislation that would ensure a fairer distribution of wealth from the rich to those who create the wealth in the first place – working people.

It is the fear of a future radical Labour government that motivates the right-wing press to become hypocritical champions of the Jewish people.

The vast majority of the Parliamentary LP who can’t get over losing to Corbyn are thoroughly and disgracefully fully behind this witch hunt. It seems that the only political protest any of these people have ever been on is one which denounces Corbyn as an anti-semite. Neither the slaughter of Muslims in the Middle East nor opposing vile Nazis like Tommy Robinson could get them onto the streets, but a protest that denounces Corbyn as anti-semitic gets them rushing to put their marching boots on.

The far right across Europe are on the rise. The chilling events over the past few days in Chemnitz has echoes of Kristallnacht where Nazis launched a pogrom against Jews in 1938. 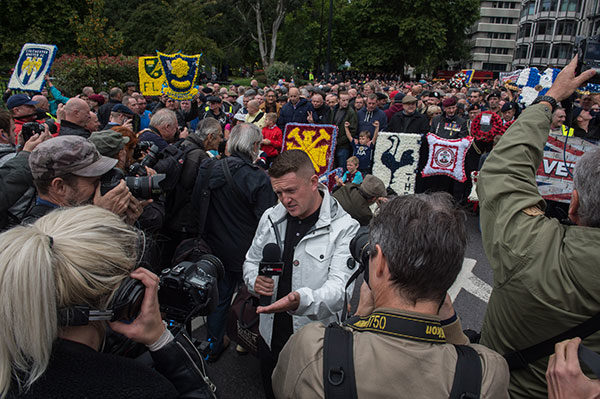 On the 17th November a demonstration has been called by Stand up to Racism to oppose the rise of the far right in Britain. On this day all anti-racists, whatever political differences we have, must demonstrate that we are united against those who wish to divide our society. This also means that the witch hunt against Corbyn must stop.

Anybody who thinks that toppling a committed anti-racist will make the world a safer place for Jewish people must really think again.