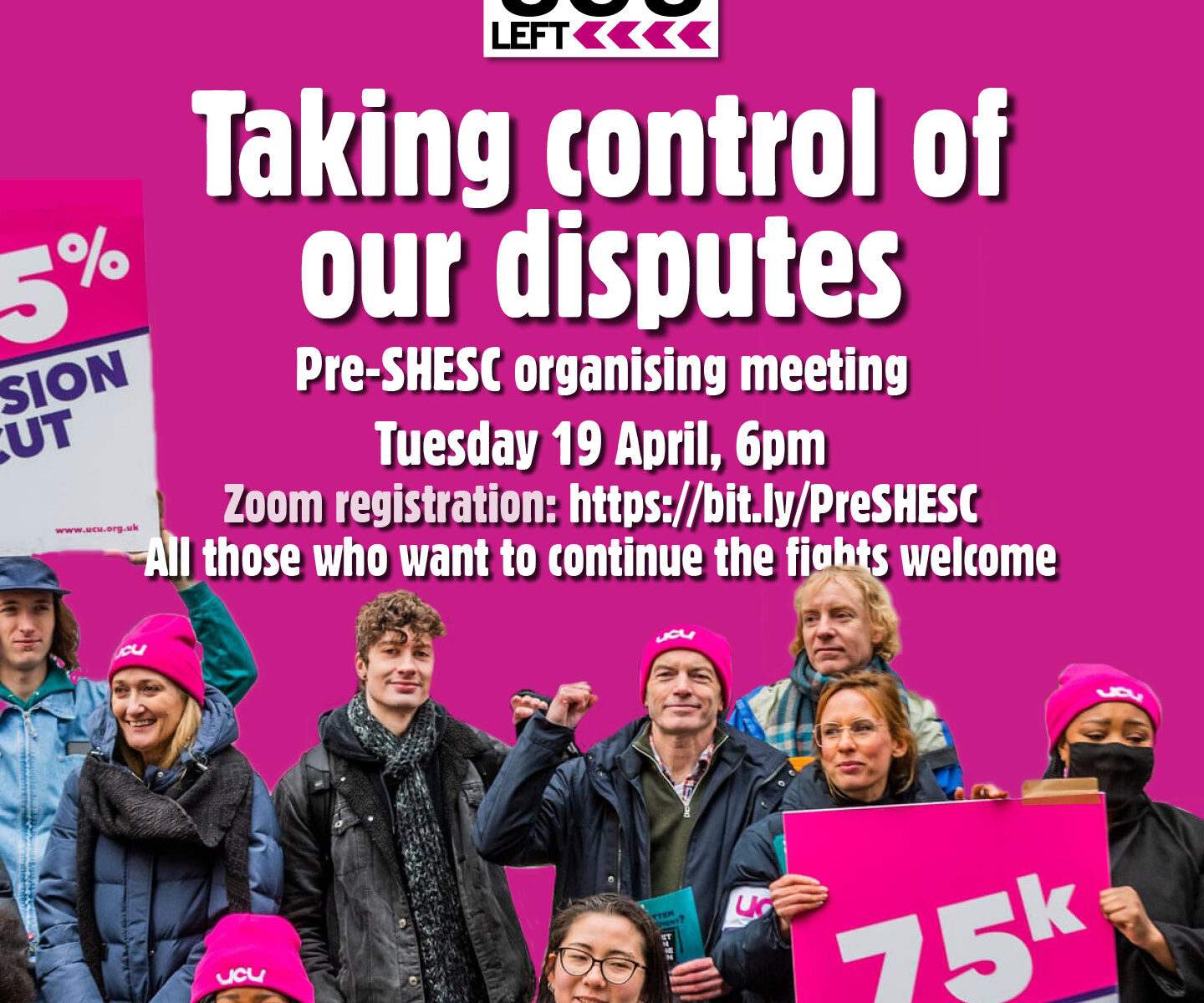 Including two in N. Ireland, 39 branches have a mandate for action. Another 38 had turnouts exceeding 40%. This is clearly fewer than currently, but this does not mean we lost the votes. The overall majority for strike action was a decisive 74%, 4% higher than in October. The Tory anti-union laws are designed to thwart action by imposing the 50% turnout obstacle and wearing us down with reballots every six months.

The three-week ballot turnaround set by Head Office also made balloting harder. The Higher Education Committee voted for five weeks but were told by the General Secretary that it was ‘unimplementable’. There is no doubt that even one extra week would have allowed a further group of branches to get over the line.

It’s also clear that the lack of direction over recent months has also had an effect. The decoupling of the two disputes in February followed by the senseless dividing of branches into two groups for the March action weakened our unity and created the feeling that the disputes were drifting.

Many activists have been arguing that in order to get the vote out members need to know that there is a clear strategy for escalation. The motions which sought to scupper the disputes brought to last week’s HEC by supporters of the Independent Broad Left and UCU Commons (the GS’s closest supporters) didn’t exactly help the last week of GTVO.  Despite being defeated they showed that some in the union’s current leadership are ready to throw in the towel.

Delegates to the Four Fights Special HE Sector Conference (SHESC) should vote for motions calling for a campaign of industrial action by all branches with a mandate next term. We should implement a marking and assessment boycott backed by strike action coordinated with Unison where they have mandates for action. This should be supported by a serious strategy of providing financial support from branches without a mandate. That’s how we can involve all branches and mobilise the entire membership in this battle. Branches with a mandate, actively supported by the others, can carry on the fight in preparation for the next stage.

The SHESC must also commit the union to a reballot of all branches during the summer in readiness for action at the very beginning of autumn term. We must not commit the mistakes of previous years when delays to decision-making, balloting and notifying strikes resulted in no action until late November or December. We need to be hitting universities during induction weeks.

The USS results are due out today. This battle to overturn the changes to the scheme and cancel the wholly unnecessary ‘deficit recovery contributions’ must continue alongside the Four Fights. It continues to make sense to fight the two disputes together. Pensions are deferred pay, and fighting over equality, casualisation and workloads ensures that all our members have a stake in the struggle.

Pausing or retreating in these disputes will not trigger a truce from the employers. They are all watching the current vicious attacks at Goldsmiths and Staffordshire to see what tips they can pick up. Standing down the UK-wide fights will be taken as a green light to attack us further.

Now we need our leadership to match that determination. Let’s use the upcoming SHESCs to map out a strategy to win and commit our leaders to implement it.