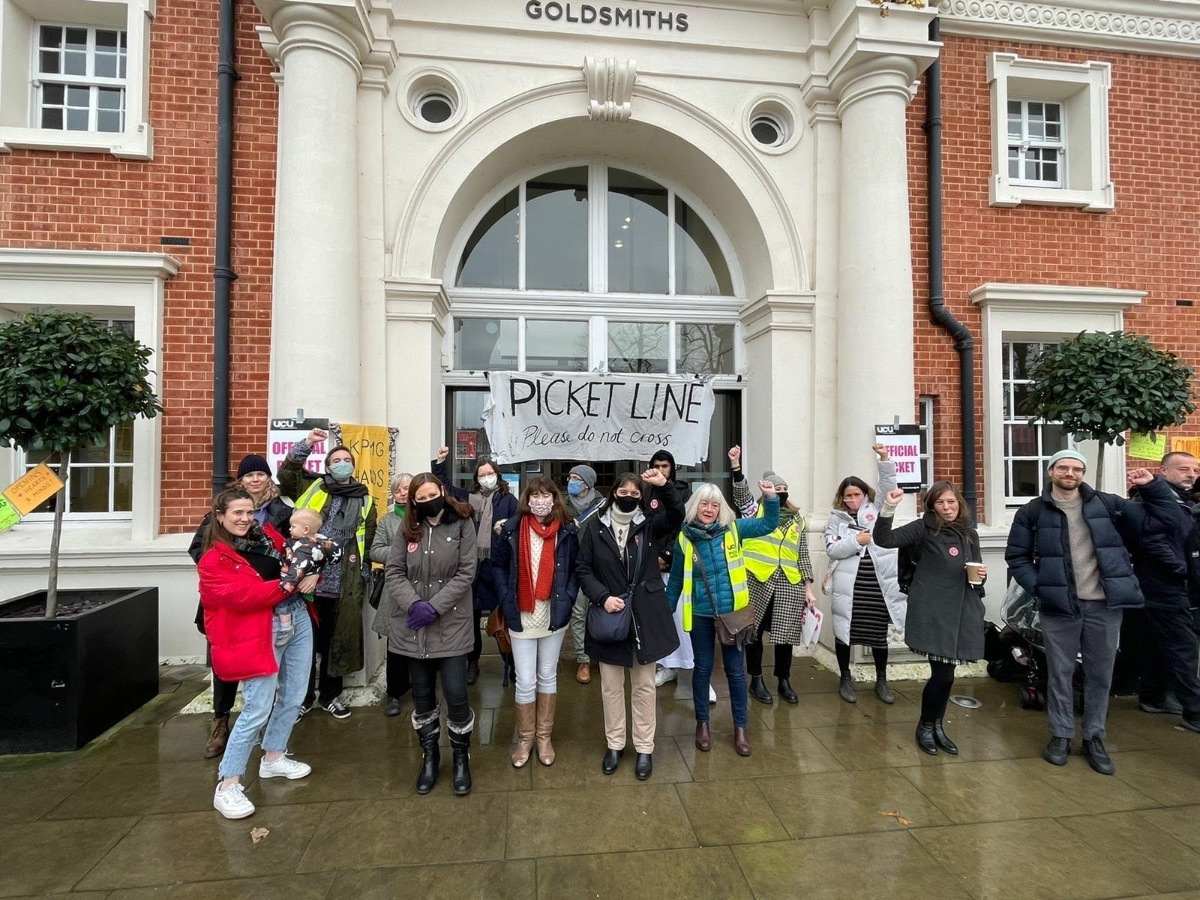 Last Thursday the Higher Education Committee decided on an unprecedented programme of hard-hitting industrial action against our employers in our disputes over pay, pensions, job security and conditions.  The union’s members in some 150 universities will strike for three days later this month. The plan is to take action alongside other campus unions and the CWU. A marking and assessment boycott will start in the New Year, and the employers will be put on notice that if they fail to come to a deal with the union, escalating action causing severe disruption will follow in every university in the UK in Semester 2.

HEC was absolutely right to decide to use our impressive ballot mandate to call serious action as soon as possible. As HEC members met, mortgage interest payments were hiked yet again, intensifying the cost-of-living crisis. University staff are feeling the same pressures and worries as every other worker in the UK about how to make their shrinking pay stretch to cover their bills this winter. Even on the most optimistic of Bank of England forecasts, we should expect to see high inflation until the middle of next year. At that point they estimate that price rises will go up less quickly, not fall. If we don’t get a higher offer, we can expect to see 10% or more wiped off our wages permanently this year alone. Our employers are essentially demanding we work for free for a month every year for the rest of our lives. This is on top of the 3-month (25%) pay cut since 2009. We need no more of the delays, prevarication and divisive tactics which plagued last year’s Four Fights and USS campaigns. But we also need to learn from the struggles of other unions. The RMT has suspended this week’s strikes without a concrete offer from rail bosses. The CWU has called off strikes in the face of threats from Royal Mail, and is now talking about a longer campaign that does not rely on industrial action. Fortunately, their strikes in late November are still on. A language of ‘playing the long game’ and ‘getting to the finishing line’ without strikes will not deliver a strategy that can win. The Conservative Government is encouraging employers to take a hard line. They know that a victory by one group of workers will open the floodgates to action in every sector and industry. Only serious, intense and highly disruptive action can terrify the employers sufficiently to want to settle.

To achieve the kind of leverage to win, not only do we need action on a scale we have not taken before, we must also unite and coordinate with other unions. The fact that we can now take action across the entire HE sector is extremely important. We may soon be joined by other public sector workers. Nurses in the Royal College of Nursing (RCN) and health workers in Unison are reported to have voted overwhelmingly for strike action. The result of the PCS’s ballot of civil servants will be announced this week. More than ever, our battle is becoming part of a wider working class response to the cost-of-living crisis, in which a victory for one union will facilitate victory for the rest. The Tories understand this. That is why they are ramping up their vile racist rhetoric against refugees and migrants to try to undermine united action.

It is also crucial that we make common cause with our students. Students are suffering from inflation, rent rises and fuel increases. They are studying in an environment which increasingly treats them as customers, their value seen merely as a ‘source of income’ by the Senior Management Teams who run universities. We should encourage students to fight for their own futures by joining us on our picket lines and demonstrations. Without a breakthrough by workers, they face years of recession and austerity as they leave university and try to earn a living.  Students can see that their immediate interests are converging on those of staff. Staff never benefited from high tuition fees. On the contrary, the attacks on the USS pension scheme was part of the marketisation of HE. But now, as the universities find their fee-market system undermined by inflation, we can expect managements to try to pass on higher costs onto staff and students.

It is easy to see why we must unite when universities threaten redundancies and course closures. They target both the staff who teach and the students who study. Wolverhampton, Roehampton, Goldsmiths and now Birkbeck all show the urgent need for unity. One of the ways that some employers will seek to break our strikes is by threatening redundancies: you can have jobs or pay, they will say, not both. We have to argue that the crisis in Higher Education will worsen until marketisation of the system is scrapped. We are now at crunch point. Either we fight hard enough to make a breakthrough, or we allow Vice Chancellors to slash our pay, pensions, jobs and conditions as they try to remodel the sector along corporate lines. We need to fight to defend Higher Education, and all those who work and study in it.

It’s time to gear up for the fight of our lives.