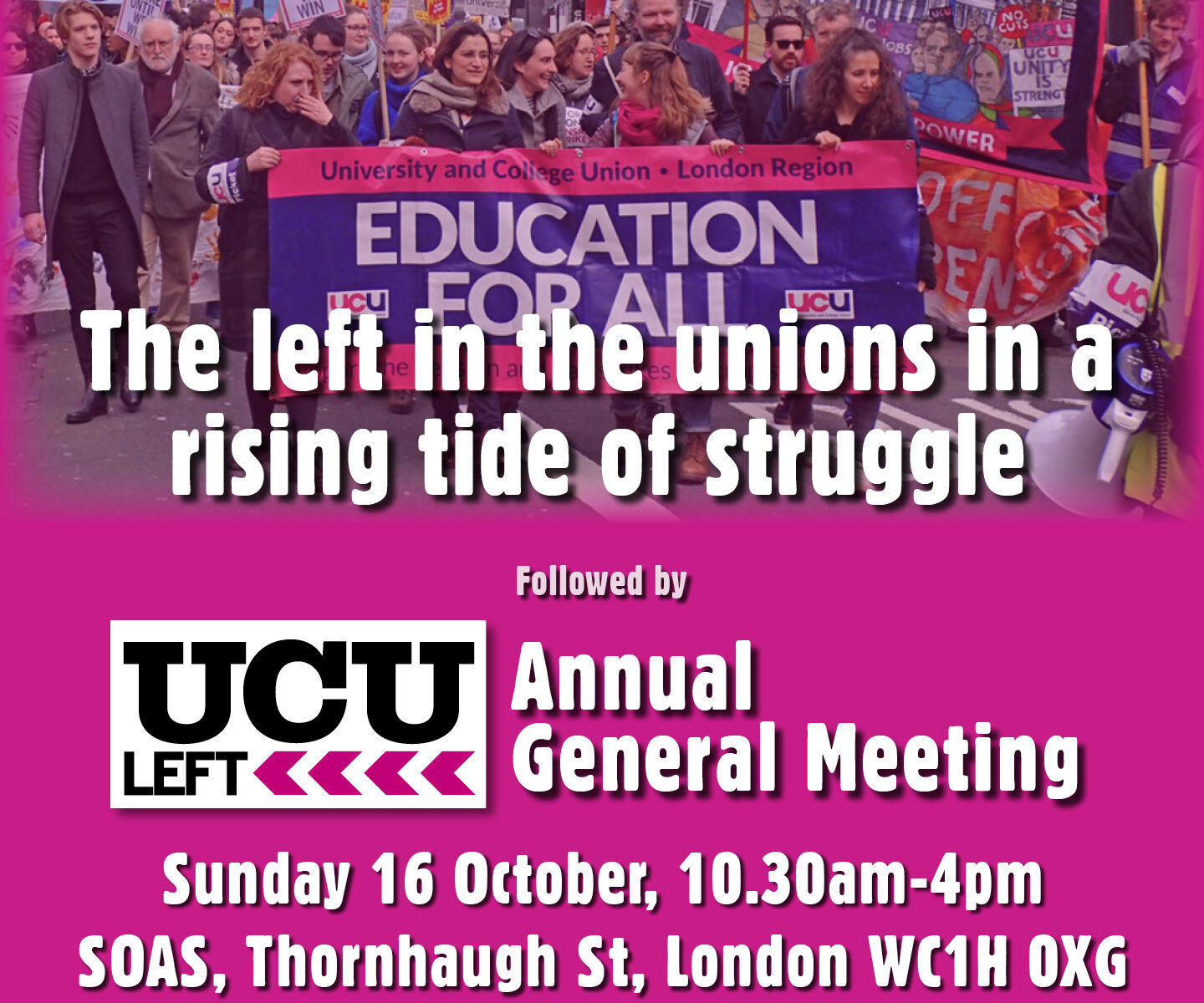 We are now in the final three weeks of our ballot. Up and down the country, activists have been working tirelessly to get the vote out and deliver a strong result. This is make-or-break time for UCU. We are fighting for a mandate for UCU members in every university in the UK to defend pay in the context of runaway inflation and join the wave of industrial action begun by rail and postal workers, a wave that is growing all the time.

While we have been voting this ballot became increasingly more important. Ballot papers started arriving as Liz Truss became prime minister. We expected a right-wing government which would attack workers, but no one could have predicted the scale of the assault and the economic chaos it would cause. Truss has made it clear that she has no interest in even the weak commitments of her predecessors to ‘level up’ or address inequality and is determined to enrich the already super-wealthy at our expense.

Although Truss and Kwarteng have now abandoned their plan to abolish the top rate of tax, they have clearly stated they plan a full-frontal assault on the working class as a whole. A bonfire of regulation of small employers, starting with gender pay gap reporting. A promise of even tighter legal shackles on the trade unions, further restricting the right to strike. These all make it clear that Truss intends a showdown with organised labour. But the U-turn on the top tax rate shows just how weak and unstable this new government is. Serious working class action can derail their project of using inflation to cut wages.

We must redouble our efforts in the remaining time to deliver the greatest majority for action on the biggest possible turnout. Saturday’s Enough Is Enough demonstrations have shown the potential of our movement to challenge the employers and the government that stands behind them. Reaching the 50% threshold on an aggregated ballot will not be easy, and to do so will be a fantastic success in its own right. Branches now reporting reaching 50% must push on through to 60% and beyond, to compensate for lower turnouts elsewhere.

Without letting up for a moment or allowing complacency to set in, we need to start the debate about the kind of action we should take, if and when we win a legal mandate for it. For one thing, such an open debate will help convince members who have not yet posted their ballots that we have a credible plan for action which makes casting their vote worthwhile.

Make no mistake, we will need to take action. The suggestion by the General Secretary and some of her officials that a big enough turnout might be sufficient to force the employers to concede is a dangerous illusion. We know from recent experience that our employers are determined to defeat us if they can, and it will take action on a scale we have not taken before to shift them. If the huge vote for action by postal workers did not shift Royal Mail bosses, why would we expect our employers to crumble?

The result of a decade plus of tuition fee market competition is a widening gap between rich ‘winners’ and poor ‘losers’. Some universities have surpluses in excess of £3,000 per staff member. Others, like Roehampton and Wolverhampton have begun massive cuts. A national fight requires a national settlement, and a cash injection from Government – or a cut in the rate of inflation.

Finally, our students face the same Cost of Living crisis that staff do. We should express our solidarity with students at every opportunity and set up staff-student solidarity assemblies and co-ordinations. We are in a fight for the whole sector.

This argument about the importance of a big turnout is connected to another mistake: the idea that the scale of the action we will be able to take will be determined by the turnout we reach. There is a suggestion emanating from HQ that sustained or escalating strike action will only be possible on a turnout of 70+ percent. A 50-odd percent turnout will restrict us to sporadic one-day strikes. This is wrong.

To think like this is to accept the restrictions imposed by the Tory anti-union laws and to internalise them in our own union’s procedures. Of course we would like a resounding majority on a huge turnout every time, but we need to remember that the whole system of atomised postal voting is rigged against us. We are balloting this way because we have no choice if we want to fight.

If we get a turnout of 50%-plus-one, we have satisfied the legal requirement. All options for action will be on the table. After all, if we fall short of 50% by just one vote, we cannot take lawful action. It’s a threshold, not a spectrum.

UCU already has policy on industrial action, passed by previous Congresses and Conferences, including a report by an elected Commission on Effective Industrial Action which rejects token one- and two-day strikes in favour of hard-hitting, sustained and escalating action. We also have the recent experience of a number of successful marking and assessment boycotts last summer which showed the power of members and the weakness of employers. Despite UCEA saying that marking boycotts would lead to 100% pay docking every year since 2006, employers found they could not implement the threat without escalating the disputes and denying students their marks. UCU branches won concessions from employers and members bravely faced down the threat of 100% pay docking.

UCU HQ has now produced a timetable for the post ballot decision-making on action. Following the announcement of results on Monday 24th October, they propose a branch delegate meeting (BDM) on Monday 31st, with final decisions taken by the Higher Education Committee (HEC) on Thursday 3rd November.

This represents a week’s delay compared to what was envisaged by HEC. This kind of slippage plagued last year’s disputes and threatens to push action too late in the autumn term, especially for Scottish universities. It is perfectly possible for branches to hold meetings on 24th, 25th or 26th October in preparation for a BDM on Thursday 27th, with the HEC meeting on Friday 28th. That way action could begin in the week of 14th November.

Moreover, there must be no repeat of the anti-democratic aspects of the decision-making progress which proved such a problem last year and led to Congress openly criticising the General Secretary. Some of the questions sent out to branches made little sense, were not the same ones that were asked in the BDMs, and then completely different proposals were put to HEC for decision. There are already signs that the leadership is attempting to manipulate its consultation this time around by inviting branch reps to meet with officials in small groups. What is the idea of meetings involving ten branches at a time if not to strengthen the voice of the officials running the meeting?

UCU has rules for making democratic decisions, and they do not include branches and BDM delegates being consulted on a set of predetermined questions which rule out certain options and force the discussion down particular avenues.

UCU Left supporters have submitted motions for this Friday’s HEC which address these problems. We are proposing the alternative post-ballot timetable outlined above, that BDM questions must be approved by the elected HE Officers (the Chair and two Vice-Chairs who are responsible for urgent decisions between HEC meetings), and that the BDM can also debate motions from branches, as is standard practice at Congress and Conferences.

The way decisions are taken is absolutely crucial. We will not win our disputes if those asked to take action and sacrifice pay feel that they have no say. Members are not a stage army to be wheeled out by those who think they know best. Democratic control of disputes is not an optional extra. It is essential if we are going to win.

That means that branches should be scheduling meetings now at which motions about the kind of action we should take can be debated, passed and submitted to the BDM. UCU has called for branches to call General Meetings on 12 October, which would be a golden opportunity to do just that.

We need action that is maximally collective and effective, discussed in meeting after meeting of ordinary members. It clearly needs to be escalating, and as far as possible, coordinated with other trade unions taking action, including other unions in HE and in other sectors.