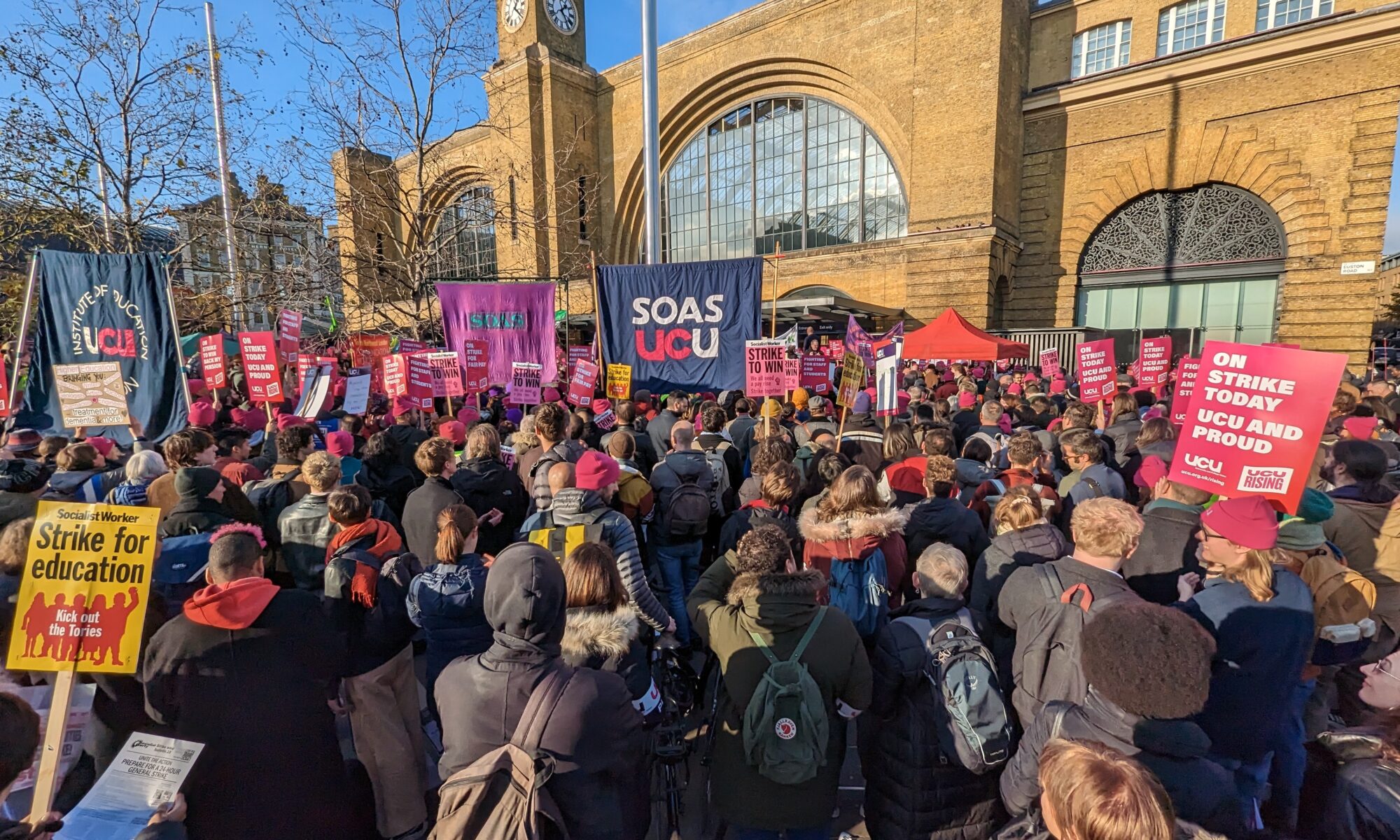 The UCU Higher Education Committee (HEC) met on Thursday 12 January to review the union’s industrial action strategy in both disputes.

What is at stake

First, the Committee Secretary and elected UCU negotiators reported on the progress of pay negotiations.

The initial offer from the University and College Employers’ Association (UCEA), received the day before, is the following.

Negotiators calculated that if inflation does not fall from current levels, the UCEA offer would represent a pay cut over just the two years from 2022 to 2024 of approximately 15%. Obviously, inflation in August 2023 is not known. The pay cut is slightly greater for the highest paid, and less for lower paid.

Another way of thinking about this is that were we to accept this offer, we could easily lose as much as the equivalent of two months’ pay for each year of our future working lives!

Although on paper it is a slightly better offer for the very lowest paid staff, it is still devastating. Staff in the lowest UCEA band (those on points below 15) would lose an average of more than 10% of pay over the two year period. But this will have a terrible impact. The cost of living crisis is hitting the poorest hardest, for a range of reasons. Even before the crisis, low paid staff had little or no disposable income or were in debt, food and fuel have been increasing more quickly than luxury goods, and now many are being forced onto fuel prepayment meters if they find themselves in arrears.

The stakes could not be clearer.

We should also remember that in pre-92 universities, these wage cuts are on top of a pension cut of between 30 and 40% that could mean that younger members will never be able to afford to retire. A pay cut of 15% is also another pension cut of 15%.

The Committee Secretary’s report had proposed that this offer would be circulated to members with an electronic poll. This was opposed by HEC on the basis that this was an interim offer, and we had no mandate for accepting such a huge cut in pay! Negotiators were also concerned that the offer needed to be explained to members carefully, as it is a two-year offer with implications for 2023-24.

HEC then turned to the question of industrial action. It took into consideration the responses reported to the Branch Delegates Meeting (BDM) and motions from branches.

lf the proposal for indefinite discontinuous action had been put to the BDM it may well have won.

This is a debate that the union has begun. It is by no means over.

It was very clear that whereas more than a third* of votes of BDM delegates supported various forms of indefinite action, the majority of members were not yet at that point.

HEC appreciated it was difficult to reconcile these two positions, especially as members who called for indefinite action were concerned that the General Secretary’s ‘escalating’ action might not genuinely be escalating.

After a lengthy debate on different courses of action, HEC agreed to an escalating plan of action with 19 days of strike action, with a Branch Delegate Meeting and HEC in the middle. This means that as the action builds up, there will be an option for branches to make a case for further escalation, including potentially to move to indefinite action, depending on how the employers respond.

The action is neither all-out indefinite action nor the General Secretary’s original plan.

Due to reporting restrictions we cannot divulge details of this plan this evening (12 January), but we expect UCU to tell members very soon.

HEC also respected the outcome of the BDM on the Marking and Assessment Boycott. The decision was made to move the January boycott to April – with dates designed to be inclusive of different timescales applying in universities in Northern Ireland and Scotland.

*The BDM weighted votes had 31% for indefinite action. In addition, delegates from some very large branches that voted for the indefinite 4-day plan, including UCL, Oxford and LJMU, were recorded as abstaining.