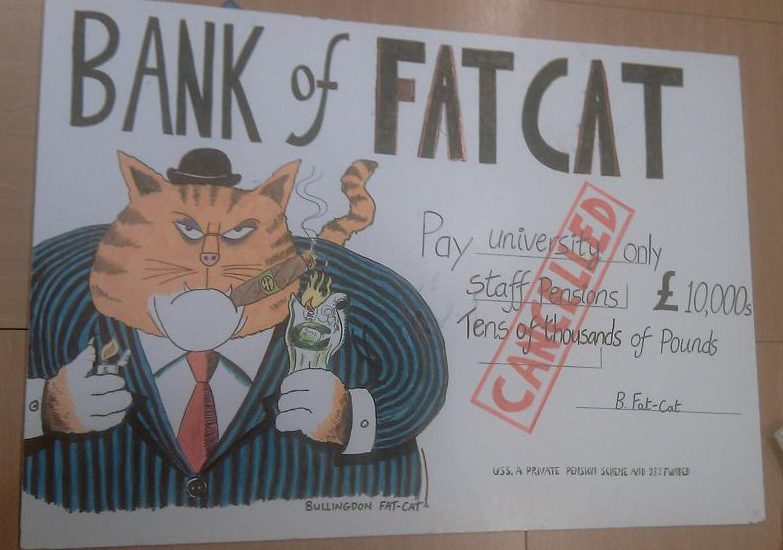 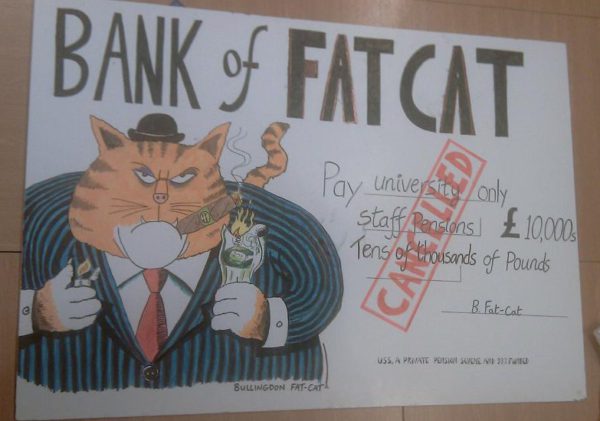 The vote for strikes to defend USS pensions in pre-92 universities is historic on many levels.

Not only is the 56% turnout and 88% for strike action the highest vote UCU has ever recorded but it has also demonstrated how we can overcome the Tory anti-union laws.

The day after the vote the USS Joint Negotiating Committee voted to press ahead with attacks on our pensions. Sir Andrew Cubie again used his casting vote to back the employers and destroy our pensions.

Only our strikes can stop them now.

We are now the second major union (the other being the CWU) to break through the 50 percent threshold in a ballot across Britain.

As a result, UCU’s Higher Education Committee (HEC) have correctly responded by calling 14 days of escalating strikes at 61 universities to begin on 22 February.

The magnificent vote for action didn’t come out of thin air.

Thousands of members, branch activists and officers, and UCU staff took the arguments into the universities about the real significance of the attack on our pensions.

USS negotiators spoke at dozens of universities. Out of the 12 branches with the highest votes in the ballot one of the negotiators had spoken at nine of them!

This vote shows what UCU can do when it campaigns as a fighting trade union.

The vote vindicates what UCU Left members and supporters have been consistently arguing for years—when we fight for our members they will rally around our union.

Branch after branch has reported recruiting many new members.

We now have to turn this vote into an industrial campaign of strikes alongside a political campaign to defend higher education from the market folly that is being unleashed on the sector.

Learning, teaching and research have been replaced by the profit motive.  Staff are overworked and underpaid. Managerialism with an associated culture of bullying and blame is endemic.

The attack on USS is simply the latest phase in this process.

We are seeing the creation of a market for students in which dog eat dog is the mentality of the university managements. In this atmosphere of competition, where they are ‘competing’ against each other, one university going bankrupt could be seen as a good thing, as long as they don’t pick up their pension liabilities as a result.

Hence the break-up of the USS scheme and the ending of collective pensions and individual defined contributions.

Some in our union’s elected leadership simply do not understand the importance of this historic vote. They are still arguing that members may have voted for action but they aren’t really prepared to go on strike.

Some are still arguing for us to sign up to a detrimental settlement before any strikes have taken place.

We have to make clear to those conservative voices in our union that members want to defend their collective defined benefit pension, without cuts in benefits and without increasing contributions.

We must avoid settling for too little and making compromises too early. We have a one-off opportunity to defend our pensions and significantly reduce the likelihood of future attacks on them.

Members are crying out for an effective UCU that puts a halt to privatisation, marketisation and cuts. This is what UCU Left members on the union’s HEC have been arguing for and will continue to do so.

UCU activists delivered the strike vote. Now we need to deliver the strike action too.

1.  Step up the meetings of UCU members, open them to non-members and ask them to join UCU. Build the union!

2.  Organise strike committees open to all who want to be active. This is the members’ strike so let them own it and run it.

3.  Organise for solidarity from students. Ensure students know their education is being undermined by profit driven managers who have no interest in students unless it is for their NSS score.

4.  Organise the political campaign to win the argument for pensions and a public university. Write, lobby and visit MPS, councillors and members of the devolved administrations.

5.  Build opportunities for solidarity from other trade unions, call demonstrations and public meetings.

6.  We need a national demonstration to defend pensions and higher education.

7.  Call on Jeremy Corbyn and the Labour Party to support our action.

Back in July HEC voted to mandate its USS negotiators to defend the Defined Benefit scheme. That is what has happened to date and must continue.

This approach has in no small measure been due to the role played, alongside others, by UCU Left supporters from the campuses up to the level of national negotiators. While of course demonstrating a willingness to negotiate they have been steadfast that the Defined Benefit scheme must be protected.
This has unified UCU’s negotiating position and proven successful so far in stopping the imposition of the employers’ proposals.

UCU members have NEC elections in February. We must take the opportunity to elect UCU Left supporter Nita Sanghera as the union’s first black woman Vice President. We should also back other UCU Left supporting candidates who can ensure the lessons of this battle become embedded within UCU at all levels.
https://nita4vpucu.wordpress.com/2017/12/03/first-blog-post/