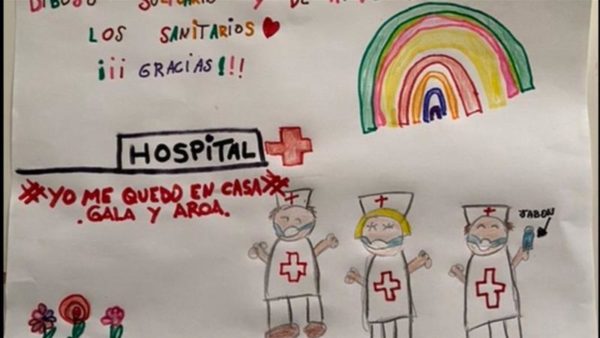 We have been plunged into a crisis on a scale which exceeds the experience of any of us. At one level, it is a crisis which affects the whole of society, across the whole of the world, as every one of us can be affected by the virus.

On another level, the pandemic is exposing the fault lines of society, highlighting the inadequacies of capitalism in terms of its health systems, the fragility of its economy and its deep inequalities.

Boris Johnson’s response has staggered from callously complacent to shambolic. Initially unwilling to take any serious measures against the spread of the virus, he warned us to get used to our loved ones dying and concentrated on trying to keep profits flowing. It has only been pressure from below, combined with the horrendous news from Italy and elsewhere and the scale of the economic meltdown, that has forced his government to begin to shift towards the kinds of action necessary.

But there are still major problems. Health experts agree that mass testing is necessary, but so far even front-line health workers are not being tested in any systematic way. The financial support for the millions of people threatened with losing their livelihoods is a start but because it goes via employers it misses out many of the most vulnerable workers. And Johnson’s instincts are clearly to use the police and the army to enforce social control, threatening civil liberties, rights of assembly and increasing racist stop-and-search measures and powers to detain on grounds of mental illness. We need more testing, not more policing.

In higher education, the Covid-19 crisis began to really bite just as UCU members returned to work after 14 days on strike. University bosses have moved from determinedly resisting our challenge to the marketised model of education to following Johnson’s dithering approach on Covid-19. UCU branches have led the way in pushing educational establishments to accept their social responsibility to tackle the spread of the virus by first removing students and now shutting down entirely. From vilifying us for disrupting our students’ education (even though most students supported us) HE bosses now find they need our help. They know they need our cooperation and flexibility in order to keep even a depleted form of education up and running.

In these circumstances, it is perhaps not surprising that many UCU members have put their feelings of anger about the direction of higher education on hold. There seem to be more important things to worry about in the short-term than pension contribution rates and pay inequalities. This has led a number of the branches scheduled to take strike action last week taking the decision to call it off.

It is regrettable, however, that the General Secretary and others intervened to amplify some voices rather than others in these debates and advocated overriding normal decision-making processes. We have a deficit of democracy that must be corrected.

It may be the case that for the moment the battle-lines within higher education have softened and the appetite for the fight has been overtaken by events. But this is likely to be only a temporary respite. The very crisis which has overwhelmed the contours of our disputes with its scale and impact also carries within it the seeds of new threats and new attacks. The first victims of the situation are existing casualised staff as managements prepare to use the ending of face-to-face teaching to justify mass layoffs. Even where institutions are guaranteeing existing contracts there are likely to be far fewer such jobs in the autumn, swelling the numbers of those without an income as a result of the crisis.

UCU branches are already rightly concerned that managements will adopt the maxim ‘Never let a crisis go to waste’ and take advantage of the new working arrangements to make swingeing cuts and erode our pay and conditions further. Already, managers are busy devising new ways to impose their control on us at home. We have to insist that our willingness to work flexibly around our personal circumstances and parental and caring responsibilities is conditional on autonomy from management demands. There can be no question of management imposing ‘quality control’ and productivity regimes on us in our own homes. 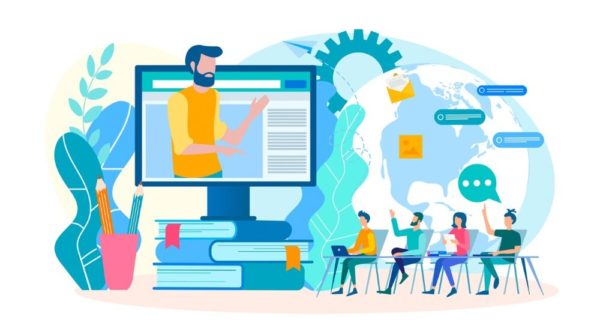 We also have to resist the tendency to turn the situation into the ‘new normal’. If we can make remote teaching work reasonably well during a global pandemic, why not switch to it permanently if it allows the shedding of staff and valuable estate? If staff are prepared to teach from their own homes and provide their own heating and broadband facilities, why not do what many local authorities have done and get rid of offices and desks by supplying staff with a laptop and a rucksack? How far universities can go in this direction will vary, but the stratified HE market may well allow space for an expanded segment of online providers staffed by a gig economy of casualised workers.

On the other hand, the pandemic is also producing a social response which cuts against the free market. Whatever the limitations so far, a right-wing Tory government has shown itself prepared to use the power of the state to enforce stringent health measures and to intervene in the economy. Engineering firms are being directed to shift their production to ventilators. Brewing companies and perfume manufacturers are choosing to make hand sanitiser. The national marshalling of resources on the model of wartime has been put on the agenda, raising the possibility of a planned economy and society once the crisis is over. If government is going to guarantee the rents of private tenants who have been laid off because of Coronavirus, they might as well socialise housing. The return to an integrated and funded post-16 education system with secure contracts and decent pensions for staff would be simple by comparison.

These two tendencies coexist for the moment. The outcome will be determined by the struggles which are bound to emerge before long. UCU may have had to delay its reballots but it was right not to shelve its disputes and it was right for UCU Left members to try to maintain the last of the strike action last week. The postal workers union will hopefully not bin their 95% ballot result for action but bank it for future use. In the meantime, networks are forming or re-purposing themselves to help the most vulnerable survive, and history demonstrates that bonds of solidarity formed in adversity can feed into hopes for a better future and demands for a different kind of society.

We need to prepare for the struggles to reignite. This is not the time to put the issues we have been fighting over on the back burner for the sake of the national interest. We are not all in it together. We need to find new ways of organising and holding union meetings online. We have to ensure that the new homeworking arrangements are on our terms, not management’s. We need to insist that there are no lay-offs, no redundancies and that hourly-paid staff are fully remunerated. We also need to find ways for our union to be part of grassroots community efforts to build solidarity between different groups to alleviate the effects of the crisis on ordinary people.

We must also be vigilant about the defence of democratic rights.  Any emergency powers legislation must be subject to proper parliamentary scrutiny and renewal every six months.  We must protect democratic rights to protest and engage in political activity.  Changes to regulations should not lead to worse standards of social care for the elderly and vulnerable.  Quarantine should not be imposed without proper safeguards and rights of appeal.  We must oppose any arbitrary increase in police powers or use of detention.  We must oppose any racist stereotyping of nationalities or ethnic groups as carriers of the virus.

And on a more general level, we have to be part of a trade union and social movement from below that pushes for a socialist response to the crisis, not a response on the bosses’ terms. That means demanding a huge increase in resources for the NHS, a mass testing programme, full compensation of wages to workers laid off because of the crisis, guarantees that mortgages and rents will be paid, intervention to ensure the continuity and fair distribution of essential supplies of groceries. We also need to be demanding that the economy that emerges after the pandemic is a green economy.

Coronavirus has shown that things cannot go on in the old way. We need to organise and build the Left and be part of a movement that solves the crisis on our terms, channelling demands for social and economic justice, both in our educational institutions and in society as a whole.

2 Replies to “How do we respond to the Coronavirus crisis?”