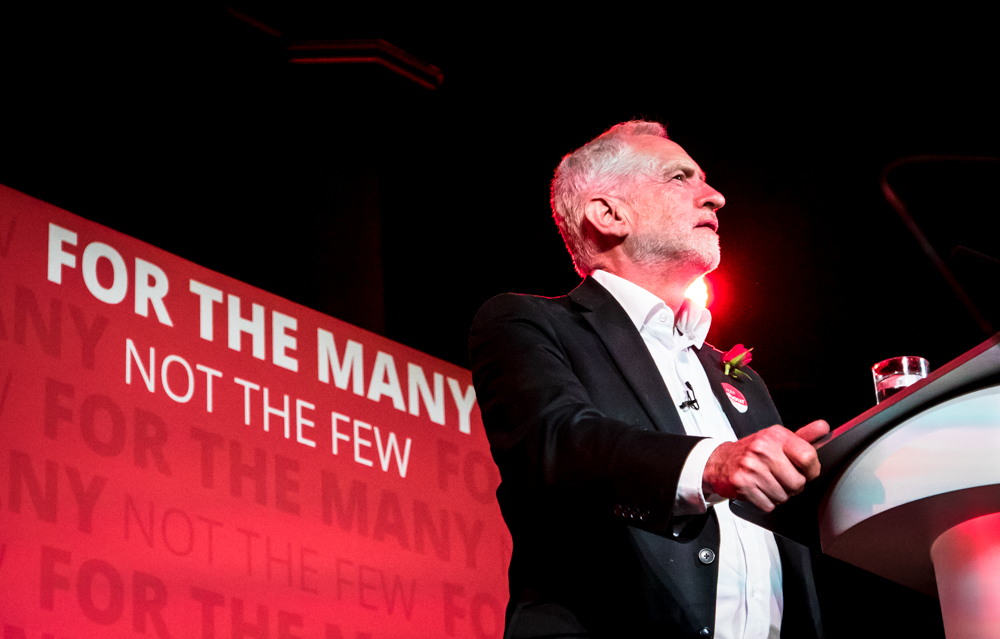 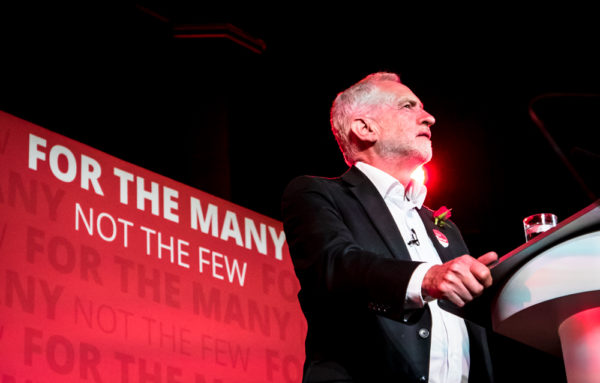 At last we’re off — the general election has been called. Out of the blocks comes Jacob Rees-Mogg telling us all how the people who died in Grenfell should have used ‘their common sense’ and ignored the Fire Brigade’s advice and left their flats. What a despicable man. This was no slip of the tongue but someone dripping with class privilege revealing his total contempt for working class people.

Mogg’s very existence symbolises what this general election is all about, and why, as Jeremy Corbyn has said, ‘it is a once in a generation opportunity to fundamentally shift the balance of power in our society’. We have a clear and straight choice in this election. Will it be five more years of the Etonian elite, passing policy after policy that continues to reward the rich and powerful? Or will it be a Corbyn-led Labour government that promises to introduce measures that not only reverses the impact of a decade of austerity but also to change the acceptance that it is only through competition and marketisation of the economy that society can function.

A Corbyn-led government would signal an end to all those painful and so damaging senior management emails that remind us that we are a ‘business’ and our students are our ‘customers’, as they continue to drive through the ‘stack ‘em high, sell ‘em cheap’ brand of higher and further education.

We have the opportunity to put into office a Labour government that promises within the first 100 days it will abolish the Tory anti-union laws and set up a Ministry of Labour to introduce legislation to create national collective sectoral bargaining. A Corbyn-led Labour government promises to create 400,000 green jobs and to reduce carbon emissions to net zero by 2030, end the privatisation of our public services, scrap tuition fees and reintroduce EMA. The Labour Party Conference voted to ‘maintain and extend free movement’ to end the hostile environment created by the Tories as they attempted to scapegoat immigrants for their disastrous polices. This too must be in their manifesto.

Labour has started the campaign well, but there it is a long way to the 12th December.

The Tories and the media, as well as attacking Jeremy Corbyn for being a terrorist-loving, baby-eating Marxist who would turn Britain into a Gulag, will attempt to focus the election around the single issue of Brexit. They will claim that Corbyn’s position is confusing and difficult for the electorate to understand.

Whilst Corbyn’s position is one that I don’t agree with, it is hardly complicated or confusing. Labour, if elected, will, within six months, renegotiate a deal and put it to the people to decide if they support it or not. Remain will be an option on the ballot paper. Why is this confusing?

It’s not, but the Tories, the Liberal Democrats, and their media friends, want to keep the election focused on Brexit to divert the electorate from discussing their record as the architects of austerity that has wrecked so many people’s lives.

Don’t vote for the yellow Tories

A vote for Jo Swinson is a vote to continue Tory policies. The Liberal Democrats had an opportunity to go into coalition with Gordon Brown’s Labour Party but decided to enter a collation with Cameron’s Tories. It is they, as the Tories’ Coalition partners, that launched the biggest attacks on working people since the 1930s. If they had to make that choice again, they would even more happily make the same choice and prop up a Johnson government rather than see Corbyn in Number 10.

No one should be surprised by this. The whole history of the Liberal Party has been one that has always taken the side of the establishment. It was under a Liberal government that leading Suffragettes were imprisoned, force-fed and tortured. This is why it is ridiculous for the Green Party to have agreed to join the ‘Remain Alliance’, a decision they will live to regret.

The Liberal Democrats are not the only ones who would prefer a Johnson government than a Corbyn one. Many Labour MPs feel the same way. Tom Watson’s resignation for ‘personal’ reasons followed by Ian Austin’s announcement that he too will not be standing (and calling for a vote for Johnson) tells us everything many of us suspected about the degree to which the Blairites oppose a Corbyn-led government.  No doubt more attacks like these are being planned.

We should say good riddance — go and join Chukka and his friends in the wilderness.

UCU can make a difference

UCU is not affiliated to the Labour Party. But it does have policy for calling for a vote for Labour. It was a motion Jo McNeil and I put to the 2017 UCU Congress and was passed overwhelmingly. UCU can make a real difference in ensuring that Jeremy Corbyn enters Downing Street on December 13th.

First, we have the announcement of eight days of strike action in HE starting on the 25th November. This announcement followed the brilliant ballot result where over sixty institutions got through the threshold and voted overwhelmingly to strike over Pay, Pensions, Casualisation, Workload and Equality. The strikes will allow us to take the issues that affect HE to the heart of the election campaign.

No doubt there will be pressure from within the General Council of the TUC on our General Secretary for UCU not strike to ensure there is ‘no distraction’ from Labour’s election campaign. Strikes will not distract from getting Labour elected — they will be central to getting Corbyn elected. Strikes, as a part of the general election campaign, will also act as a reminder to the employers that if Corbyn is elected we will use our collective power to resist attempts to undermine that government.

This election campaign must be run differently from any campaign that has been conducted before.  Already the signs are that Labour’s campaign is wanting to build upon the approach adopted in 2017; a campaign based on policies that show clear red water between the Tories and the Liberal Democrats, with mass rallies to mobilise the 500,000 Labour members to get the vote out. Strikes are part of this campaigning approach.

Second, UCU must implement the policy passed at the last NEC meeting, calling on the union to launch a Vote Education Campaign that encourages members to organise hustings, rallies and to set up stalls to inform the public what is happening to Further, Adult and Higher education.

29 November: join a carnival of resistance

School students will be striking for the climate on November 29th, and have called on the trade union movement to join them. One of the strike days that UCU chose to take action on will be the 29th.

We must turn 29th November into a carnival of resistance. UCU London Region has already called a March for pay, pensions and the planet. We will be marching to join the school students, and holding a rally. We will be inviting trade unionists and shadow front bench MPs to join us too. We will be looking to do the same across the country.

It won’t be just HE colleagues who will marching on the 29th, but FE too. In particular, we want to highlight the plight of Adult Education. One of the biggest historic scandals throughout the period of austerity is what has happened to Adult Education. This is the education sector in which the budget has been cut by 45% in the last decade.

This year is the hundredth anniversary of the beginning of Adult Education. We want to carry a message into this election that we want a hundred years more.

We will be calling on postal workers, six form teachers and anyone else to join us on the day to take a collective message into the general election campaign that we want radical change.

We have four weeks to make history. I can’t think of a better Christmas present than seeing Jeremy Corbyn in number 10 and John McDonnell in Number 11, but we will need to launch the fight of our lives to make the dream come true at the ballot box, on the streets and in the workplaces.