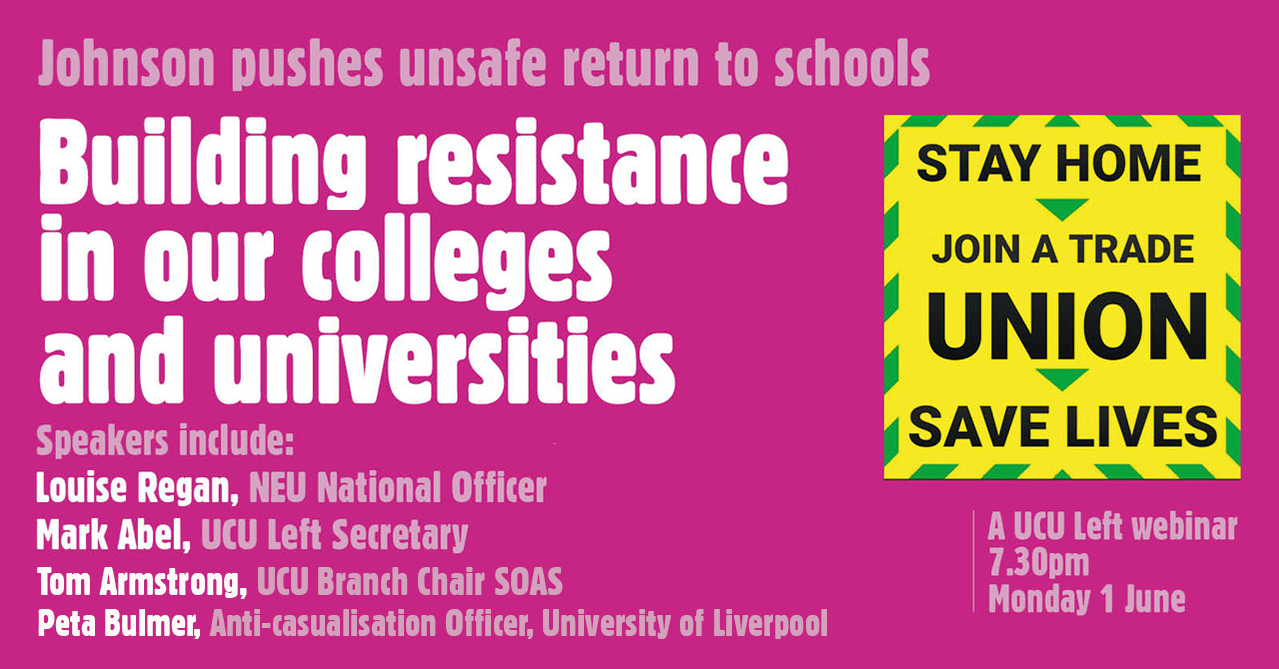 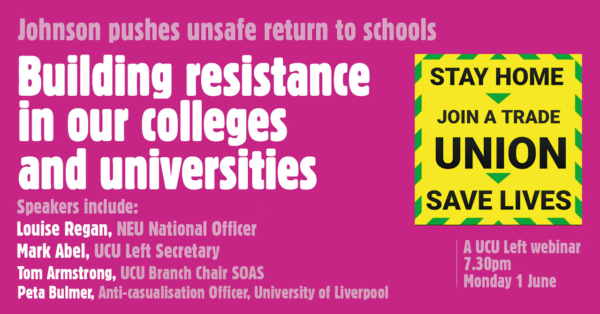 One of the government’s top science advisers, Prof John Edmunds, says relaxing lockdown is ‘risky’ and a ‘political decision’.

There is a battle between the government and parents/teachers over the wider reopening of schools in England on 1 June. Despite the Sage advice, despite 85 per cent of teachers saying it is not safe and despite schools in Wales and Scotland not reopening, The Times on Saturday said “Almost every primary school in England is set to reopen on Monday in defiance of the biggest teaching union”. But the ground is shifting. More councils are not advising schools to open and, in those councils where the advice is ambivalent, more headteachers are saying their school will not reopen. Louise Regan, one of the key NEU officers leading the fightback, will be speaking on Monday evening.

The meeting will also be discussing the fight in both HE and FE in defence of jobs and education.

How do we organise to defend the thousands of casualised workers losing their jobs now?

We call on all UCU branches to hold a meeting, action or stoppage on June the 1st in support of NEU and casualised workers.

Petition: Open schools when it is safe

Join the Fight for Higher Education: Stand with Roehampton

We are under attack. This is not the time to end the Four Fights. UCU Left.

Report of Meeting of Higher Education Committee, 27 May 2020. UCU Left.

Statement from Convention for HE No return to ‘Business as Usual’: Time for a New Future for Higher Education