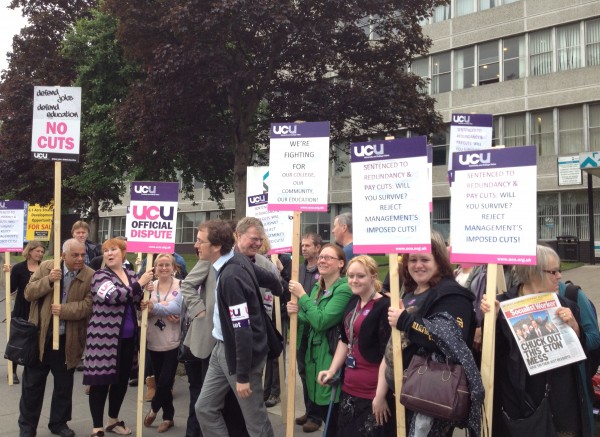 80 UCU members and supporters picketed the Huddersfield College main site of Kirklees College on Thursday 20th June. Huddersfield and Dewsbury College have been merged into the new Kirklees College. Resentment and anger have been building at the new college over high handed management tactics to get rid of staff and worsen conditions.

Delegations from Bradford College, Barnsley College, Yorkshire and Humberside Regional Council, Leeds University and Unite the Resistance joined the picket to offer support and solidarity in the branch’s fight against compulsory redundancies and cuts to conditions.  Some teaching staff could lose between £2,000 and £12,000 per annum.

Members on the picket line linked up by phone with Chesterfield College members also on strike that day and cheered their support for each other.

David Paine, Kirklees College UCU Chair, told picketers that management were complaining that there were too many pickets, which just showed how effective the day’s strike was turning out to be.

Branch Secretary Thea Ferguson said that talks are planned for next week but if there is no movement from management the branch will need to consider further action. 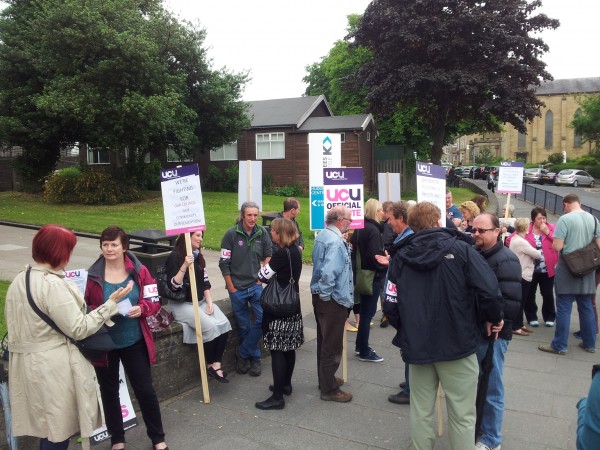