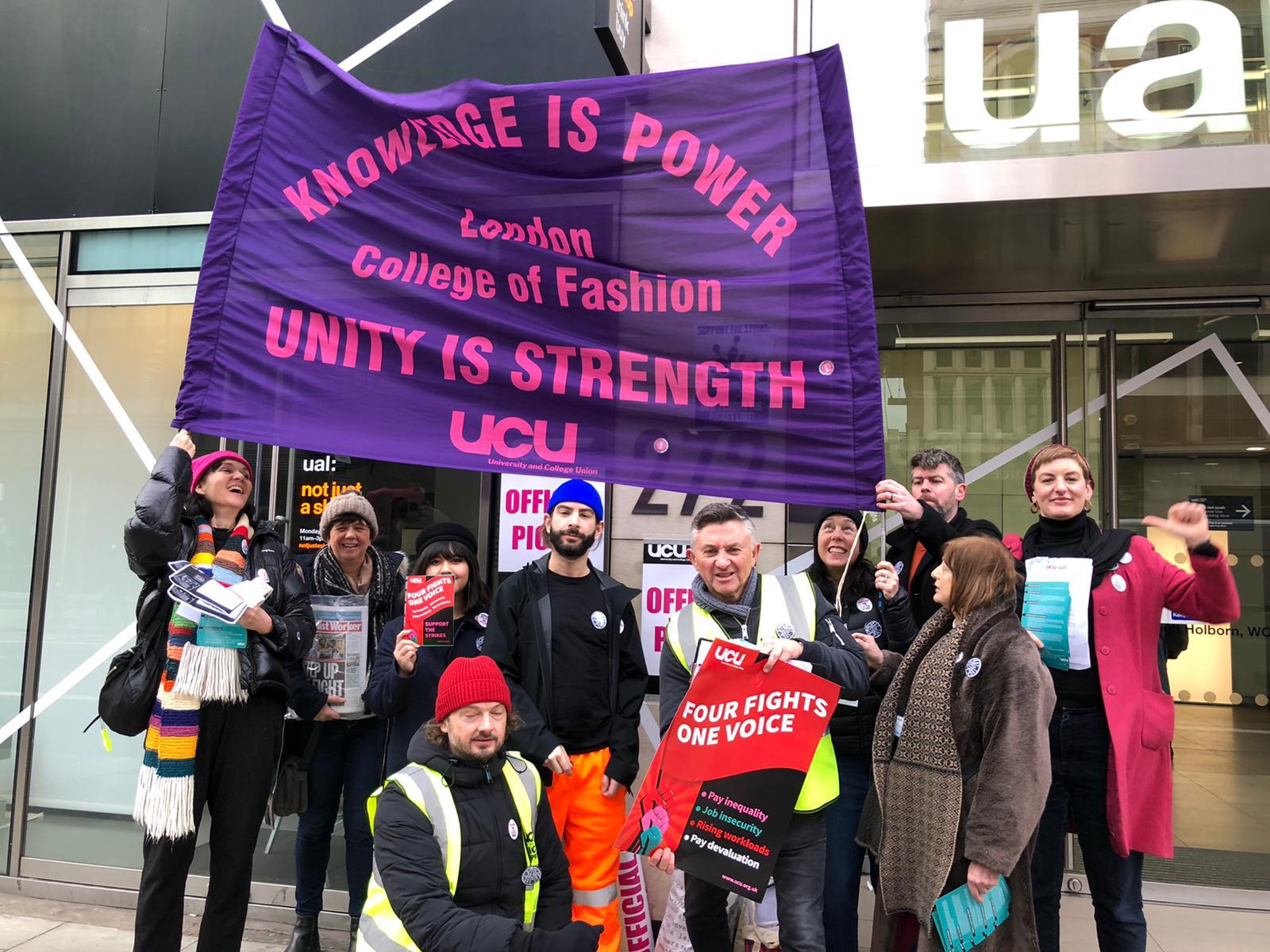 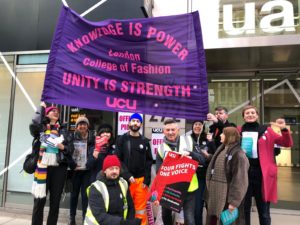 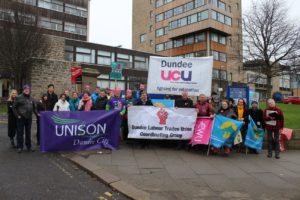 After the first five of our 14 strike days, the employers are looking for ways to settle. There were talks last week in both disputes and more to follow this week.

Both sides know that the future direction of higher education is at stake. The employers’ commitment to marketisation means that only the bottom line counts in the scramble for dominance or survival. Students are palmed off with an increasingly inferior educational experience as they are crammed into lecture halls and their contact time is cut.

While for staff, the imperative is driving down the wage bill by whatever means available. Wave after wave of voluntary severances push workloads to levels incompatible with healthy lives. A reliance on the cheapest possible employment arrangements – zero-hours contracts, worker and agency contracts which don’t come with employee rights, and short-term contracts – keep people guessing about how long they will be earning.

None of this is because the sector is impoverished. Only the contrary, higher education is richer than it has ever been. Even after the splurges on new buildings and the grasping of Vice Chancellors enriching themselves, universities are sitting on billions in reserves.

Our strike has put the employers on the back-foot. They did not expect the level of support for the demands that we have put forward.

Our demands are necessary and urgent for our members, but also counter the fragmentation and marketisation of the sector. Reinforcing the national mutual agreement to maintain the USS pension scheme and creating a new national agreement to set a floor for employment standards would limit the scope for dangerous speculation at the expense of the sector, students and staff.

How are we doing so far?

We are making real progress on USS. The employers are increasingly learning to accept they cannot assume they can pass on escalating costs to staff and accepting that ‘de-risking’ – a strategy they pursued since 2014 – is a non-starter. We have not won yet, but if we do win, we will complete unfinished business from 2018.

We are also making progress in the Four Fights, with the employers realising they are going to have to reach a national agreement of minimum standards of some sort. Our negotiators are making some progress. The employers are trying to say that they ‘have no mandate’ to enter into such an agreement. But they have gradually made concessions.

UCU negotiators are seeking from UCEA the following:

If we want to defend academic freedom in every university, we have to set minimum employment standards for the sector. A national agreement will have to be backed up by local negotiations that enforce minimum standards at each institution. There can be no slippage of national minimum standards. We have to stop a race to the bottom.

The sector is institutionally racist and sexist. The further you go up the payscale in departments and management structures, the smaller the proportion of women and BAME staff. Appointing a few professors or senior managers won’t cut it – the universities are structurally discriminatory.

Addressing casualisation and the two or three tier workforce is a basic necessity to address inequality. It is no accident that the universities with the greatest gender pay gaps are medical and research-intensive universities. Casualisation and poor promotion prospects are the ‘glass ceilings’ – the structural impediments to addressing inequality.

The money is there

So far the employers have made no meaningful improvement on the pay offer. That has to change. Our pay has fallen 20% in real terms while university incomes from student fees have skyrocketed. Staff costs are now 55% of budgets – a record low (in the 1970s they were 70% of budgets). The sector has reserves in excess of £44bn, with surpluses of over £1bn a year coming in. The money is there. We need to force the employers to rethink what they do with the money that is sloshing around the sector.

We have to organise to win. This is not the time to let the picket lines dwindle. But we also need to reach out to the rest of the trade union and labour movement for moral and financial support. Whenever we do so we get a great response.

Sector-changing deals are within sight provided we keep the pressure up!