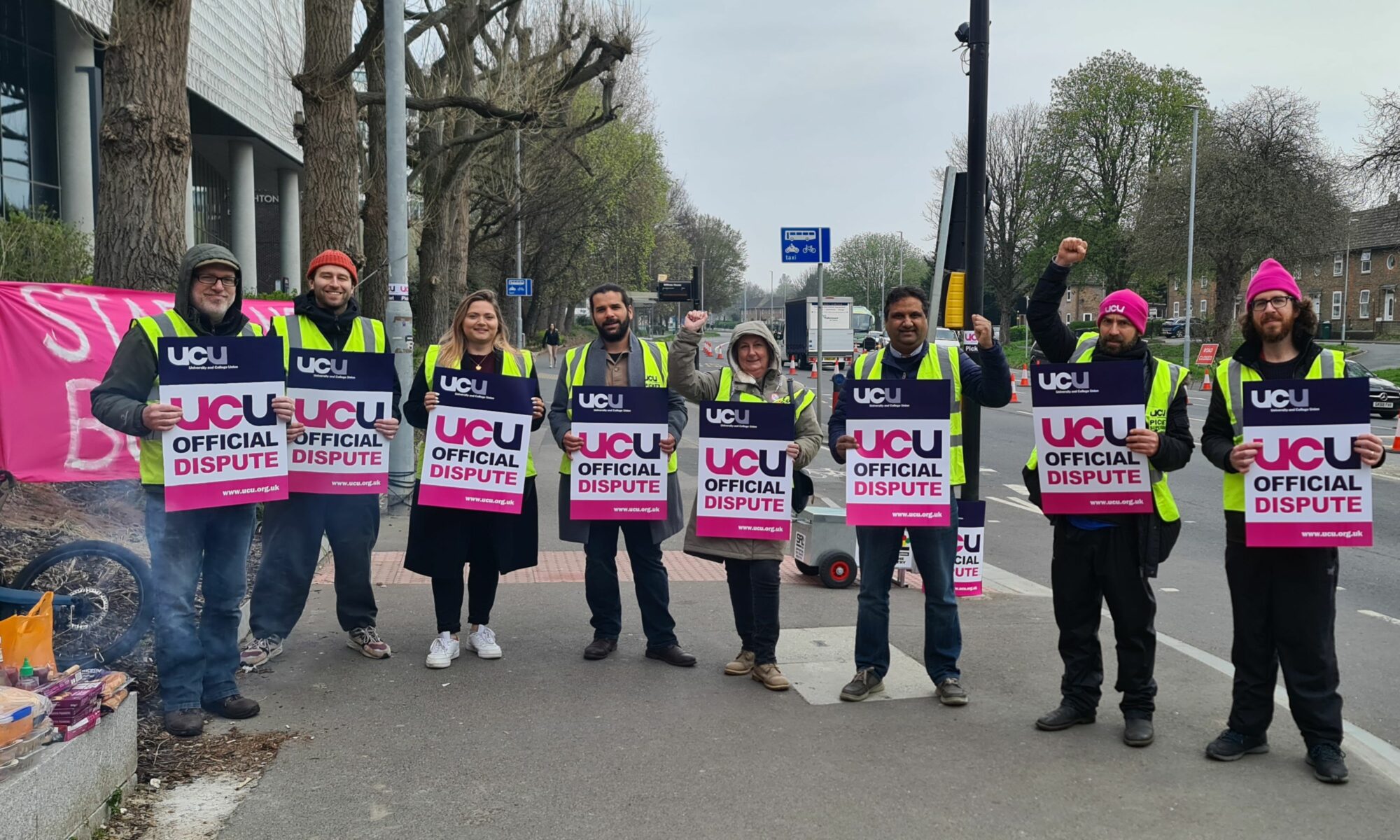 We are just days away from our strikes on 24, 25 and 30 November. It is absolutely crucial that our strikes and protests are as powerful as possible. We are hearing that branches and members are rising to the challenge. It is fantastic that we are striking alongside CWU members, striking on 24th and 25th with the EIS in Scotland, and on the 30th with NEU members in sixth form colleges.

University Vice Chancellors openly admit that they have systematically underpaid us for years. They built new campuses by holding pay down and increasing tuition fees, boosting casualisation and inequality. Now they intend to impose a pay cut of more than 10% in one year – equivalent to over one month’s pay cut – on top of the 25% cut in pay members have received since 2009. Workloads are excessive and increasing, far too many university staff have insecure contracts, and the sector has wide equality pay gaps. We can’t afford not to fight back.

On USS, we have now been proven right – there never was a justification for the cuts to USS pensions. The ‘deficit’, always speculative, is now officially history. USS is recording a large surplus, and would still be in surplus if the devastating cuts of 30-40% in April had not been imposed. We can and must reverse them, and do so as soon as possible.  We also need to get back the pension we lost.

Amidst the biggest cost of living crisis in generations, we are absolutely right to fight. We are fighting for ourselves, but also the next generation of university staff.

Members need to know the next steps. Every UCU member should be clear on what will happen after the 30 November demonstration and strike day, unless the employers concede.

It is frustrating that the detail of decisions made by the UCU’s Higher Education Committee (HEC) has not been announced by head office as yet.

HEC voted for a course of action designed to apply maximum pressure on the employers. As we have seen recently with the CWU and RMT, and in previous UCU disputes, employers will try to ‘sit out’ intermittent and limited action. So, as our General Secretary has said, this time must be different. She has put the outline of the plan in the public domain (via Twitter and elsewhere) but not the details:

Firstly, a marking and assessment boycott (MAB) will be launched in January.

Secondly, to deliver extensive strike action in semester two ‘on a scale we haven’t done before,’ (to quote Jo Grady) our members have to be informed about the plan and branches given a chance to prepare.

We are in the fight of our lives. The November strikes are just the beginning. We have to build solidarity on our campuses with students and other campus unions, and across unions in the towns and cities around every university.

We know that the Government is out to impose austerity, and the employers are likely to dig in. But both employers and Government are weak, even if both are capable of getting nasty. We have to deliver the kind of action that can shift them – and make good on our promise that if the employers don’t respond to our first wave of action we are indeed going to have to ‘shut down the campuses in semester two’, as Jo Grady says.

This means involving every member, building strike committees in every university, raising financial support for hardship in our branches and across the movement. Precisely because our members will take the strain of any action, we need to ensure that branches and members have democratic control of the dispute. Grassroots democracy and accountability are essential to win what we and our students deserve.