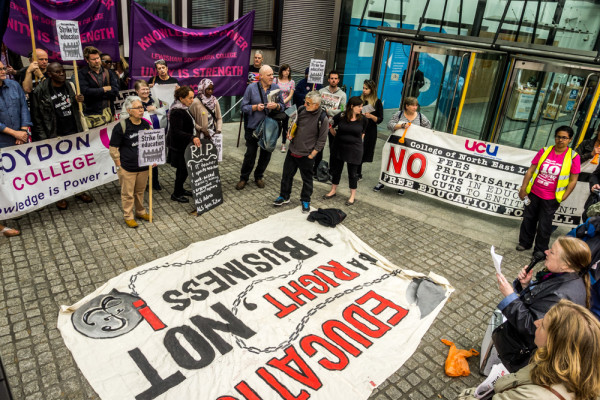 Congratulations to Hackney, Croydon, Lewisham and Southwark, College of North East London, College of North West London and Greenwich College for striking and taking the fight to the doorstep of the education department directly responsible for the 24% cut in the adult education budget. The lobby was loud and angry.

Thanks too to John McDonnell MP and Dr. Liz Lawrence, President of UCU, for speaking at the lobby and showing their support for our campaign to save Lifelong Learning.

Congratulations also to South Thames College who have become the fifth branch who have succeeded in stopping compulsory redundancies at their college. The other four are Tower Hamlets, Lambeth, City and Islington and Westminster Kingsway.

Link to Guardian article of striking colleges on the march

Link to video of demo