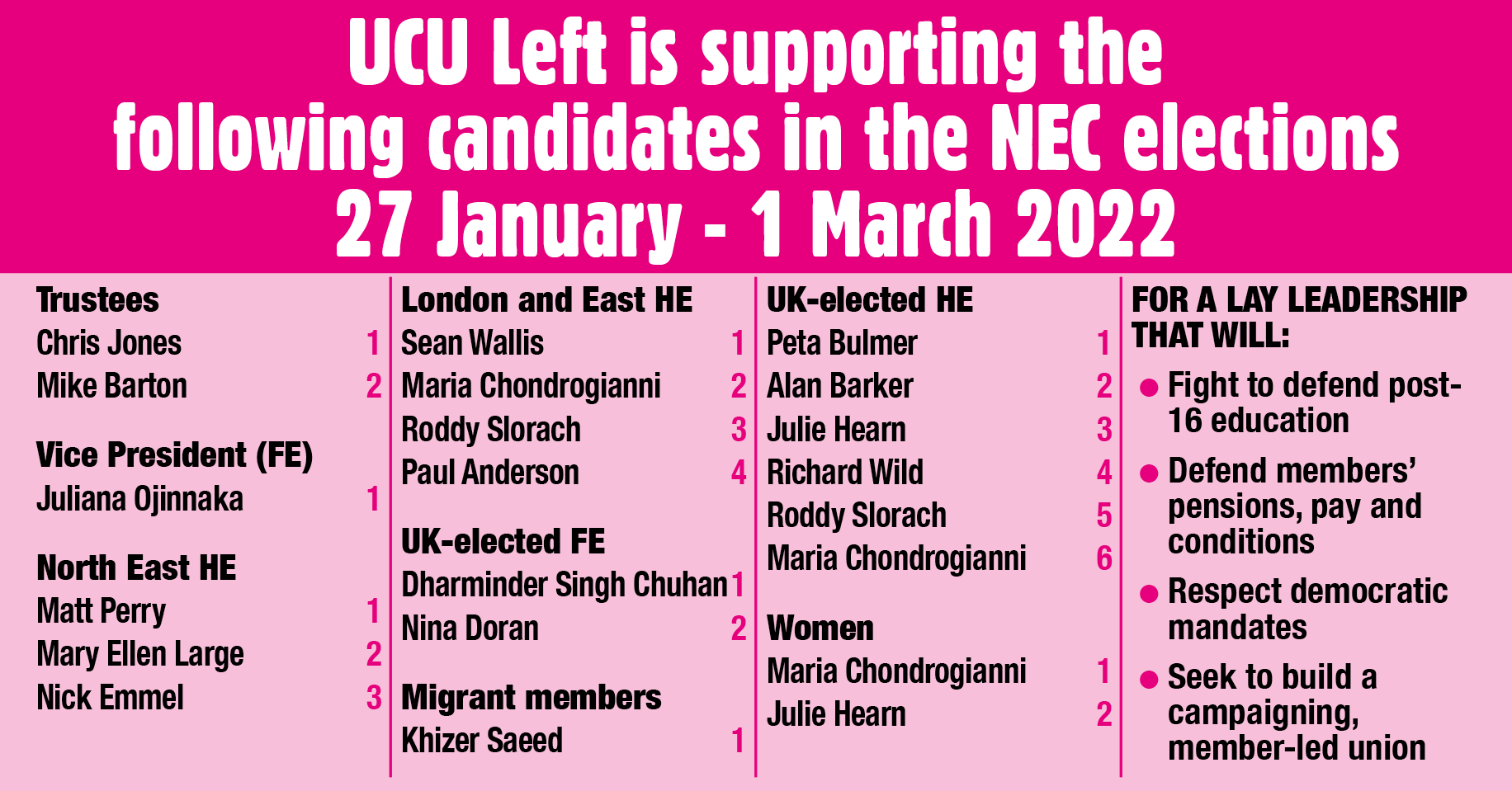 The announcement of ten more days of strike action involving UCU members in the HE sector is an important step in our fight to defend the sector our members and our students and builds upon the three days we took in December.

Of course as UCU activists we have to get in behind the call and go all out to make sure that the action is as hard hitting as possible.

But there are clearly difficulties with how the dispute is developing which must be addressed if we are to come out victorious. UCU aims to be a member-led union and the disputes must also be member-led. Time and again members in Congresses and Sector Conferences, Branch Delegates Meetings (BDM) and not least legal ballots have shown a determination to take action to push back on marketisation, uniting the union and mobilising for strike action.

But member-led decisions are now being abandoned. Firstly the vast majority of delegates at the recent branch delegates meetings (BDMs) expressed the need to keep the two disputes interlinked.

The action called has two days of joint action but the rest is ‘decoupled’, weakening the unity of the two disputes. Members recognise the need to link the disputes because they see that employers are playing hardball and want to drive through their marketisation agenda at all levels. As one has openly admitted they want ‘blood on the carpet’. Only a strategy the links the issues facing us can challenge the business models adopted in UK HE.

The regional action proposed from 7 March was not even discussed or considered at the BDM and local disputes, such as Goldsmiths, don’t get a mention. Goldsmiths could act as a cause celebre for the whole of our Four Fights dispute, highlighting the failures of a market-driven sector.

There are also problems with the dates of action. For some branches, the strikes fall in reading weeks. And there are branches with a mandate only for USS that won’t be out on 2 March when NUS has called its strike. We want maximum unity with students and shouldn’t be holding classes while students strike.

There are also worries that the union has diluted its goals in the USS dispute. ‘No detriment’ has quietly been replaced by a compromise position in the interests of getting a resolution quickly.

If we are to win these disputes then members need to control them. That is why UCU Left is encouraging branches to pass a motion calling for Special Higher Education Sector Conference (SHESC) so that ordinary members can regain control of the action. Delaying until April, as the General Secretary has proposed, is not a strategy for escalation. We call on branches to pass the motion below calling for a SHESC.

We also believe that branches should request to use their disaggregated strike mandate to join other branches on strike. At the very least all branches with a mandate in either dispute should be on strike on 2 March alongside students.

It’s positive that we have this action to build for. But if members don’t shape the nature of action and control the dispute then we will lose the momentum and unity we gained in December.

It was UCU Left members of HEC who proposed a motion most in line with the will of the BDMs and those branches who passed motions opposing the decoupling the two disputes and demanding escalating indefinite action. Unfortunately, that HEC motion was voted down.

We are at a pivotal moment for our union. The attack on USS is a huge challenge while the ongoing assault on living standards means we can’t put off the fights over pay, equalities, casualisation and workload to some other time.

Our union’s leadership needs to take consultation with its members seriously if we are to win – and members need to be prepared to win back control of these disputes.