The result of UCU’s equalities and pay ballot is a contradictory and complex outcome. It is both disappointing when framed within the anti-trade union legislation and, if we didn’t have to jump this 50% Tory turnout hurdle, we would otherwise be celebrating this result and would be preparing to take industrial action. 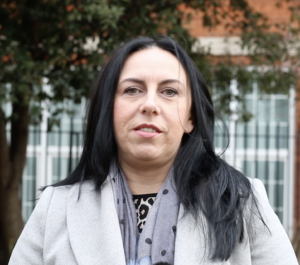 Both Friday’s result (40.96%) and the earlier ballot result in October 2018 (41.65%) are the highest turnout results this union has ever seen in postal pay ballots and shows a significant increase on past pay ballot turnouts with a consistent 70% voting for strike action. This tells us a solid section of our membership are voting repeatedly to fight for fair pay and against the increase in casualisation, the gender and BAME pay gap and unreasonable workloads. They clearly understand, and want action over, these issues. Outside of anti-TU legislation, this result demonstrates a very strong mandate for action.

Yet we are currently operating in the context of the anti-union laws. HESC in November voted for an aggregated ballot. This was a major mistake. Whereas in October we had six branches over the threshold it is likely a similar number were successful this time around. This would have given us an opportunity to ensure a sizeable minority of branches could have taken action on a national claim in which others subsequently followed. This is exactly what has happened successfully in FE. We need to emulate FE and disaggregate the next pay ballot. We then need a strategy to take effective, sustained action in the branches where the Tory threshold is met while re-balloting with increased support and resource from UCU in the branches who just miss the 50%. This can work in waves until all branches can take action.

At November’s HESC members also called on UCU to re-position the ballot to raise the profile of the equalities issues detailed in the claim as a means to more directly address the consequences of marketisation in the sector. Voting members know how bad it is for our casualised members. There is no evidence of a split in effort between casualised and non-casualised workers as some have claimed on Twitter.  Instead we have to look at more complex reasons why members don’t vote in postal ballots. The anti-union laws imposition of postal ballots is designed to reduce turnout. Workload is definitely a factor. Our members are completely overworked at all levels. There is an irony in the fact that members regularly tell us they can’t find ballot papers under their never decreasing mounds of work. Again simply emailing adds still further to the deluge of emails members struggle to cope with.

The fact that the outcome of the USS dispute is still unresolved meant some thought we couldn’t take action over pay at the same time. Then there is also past history. UCU have had some woefully bad industrial action strategies in past pay disputes and many members disengage because they don’t think UCU can win over pay. Despite the calls for a higher profile for inequalities in the ballot this didn’t happen effectively. Repeated demands for NEC members to be organised and co-ordinated to speak to branches, in order to motivate members, wasn’t acted upon. At a local level many of us drove the narrative towards the hardships experienced by so many of our casualised members and that is where I believe the increase on past turnouts came from.

Given the current political context, with many of our members extremely worried about Brexit and its impact on their lives in the UK, this result actually shows a level of resilience in our membership. The same members turned out twice with almost identical results.

What should we do now? We are seeing some employers open local discussions on pay, this is a very dangerous move. We need to push to ensure we maintain national bargaining on pay in HE and we need to ensure casualisation, Gender and BAME pay gaps and workload have equal priority in the pay claim and in the narrative around future disputes. These important issues should not be peripheral.

We need victories to re-engage members over pay and it will take a lot of hard work to do that but the alternative is unacceptable. Every trade union must be able to fight for fair pay and equality for its members. We have to find ways to beat the anti-TU legislation. We should support calls for a General Election and a Corbyn led government committed to scrapping the anti-TU legislation. In the meantime, we need to strengthen our rank and file organisation. We need to know our members, to understand why they are not voting and we need to organise and mobilise based on this knowledge.

I don’t believe the pay ballot is an indication to employers that UCU is in any way weaker now than we were during the USS dispute. Members are voting in ballots in record numbers. An indicative local ballot over REF at my branch, The University of Liverpool, recently came in with a 58% turnout and we’re seeing far higher turnouts in smaller branches like QMU.

The sector can afford to give our members fair pay, employers can end casualisation, look at the recent Open University victories where 4000 casualised members were moved onto permanent contracts, they can close the gender and BAME pay gaps and they can give us reasonable workloads.  UCU needs a more effective strategy, strong leadership and we need more resources to support activists.