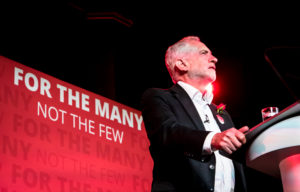 The UCU NEC met last week on the run up to important pay strikes in six English FE colleges taking place this week, a successful Love FE demonstration at parliament, a major victory over pay in a merged London FE college and on the back of two important conferences in HE.

The NEC was thus meeting in the face of a series of important actual and potential disputes pushing back against the neo-liberal marketisation agenda of the Tories. It is clear that the transformation in UCU highlighted by the USS strikes is not confined to pre-92 HE. While there is no simplistic reading across from one dispute to another the underlying alienation and frustration across post-16 education is evident throughout the membership of the union. For the union leadership the key question is ‘how does it build the confidence and self-activity of the membership that can turn the frustration into a movement for change?’

A specially convened HEC was also held to discuss the votes for re-balloting of the membership in Higher Education in the New Year over casualisation, equal pay and workloads. UCU won a record turnout and record vote for industrial action in the recent ballot but was insufficient to beat the new Tory anti-union laws, but delegates at the special HE Sector Conference clearly understood the need to maintain the pressure and re-ballot members, after a sustained campaign over casualisation, equal pay and workloads. While proposals for balloting in March, meaning no action could take place during the Spring teaching semester UCU Left members argued to bring forward the ballot to allow for industrial action which could unite the union before teaching had finished. The UCU Left proposal was won by majority vote and HEC committed to launch a re-ballot from the 14th January to the 22nd February to allow for strike action through March.

However, elsewhere the weakness and self-defeatism of too many in the leadership is still far too evident. When the Tories are in self-flagellation mode it was quite remarkable that a minority of the NEC were not willing to vote for two motions, which reasserted UCU Congress policy, calling for a General Election. Fortunately, this minority represents little in our union and were a small voice on the NEC against the clear majority who voted to endorse calls for an immediate general election. Unfortunately, these views are still able to maintain a majority when it comes to other political questions within the union. Thus, while Matthew Hedges, a Durham University PhD student languished in a jail in UAE after being jailed for life, the majority of the NEC felt it acceptable to vote down an emergency motion to support his release for ‘procedural’ reasons. Why his jailers didn’t know the intricacies of the UCU Standing Orders is a mystery. Fortunately, for Matthew Hedges his pardon occurred despite the absurd behaviour of the majority of the NEC. The majority of the NEC’s behaviour would be a joke except that campaigns, such as Matthew’s and many others, need the backing of national trade unions and should not be stifled by ‘procedure’.

Jo McNeil, UCU Left candidate for Vice President in the forthcoming elections, won support for the dispute over performance management erupting at Liverpool University. This is now a dispute of national significance and in the run up to REF will act as a key testbed of industrial relations over the next few years.