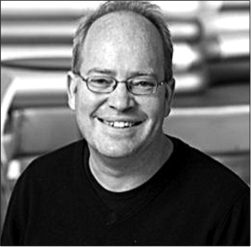 The Government has embarked on a savage process of privatising our universities. The scandals that have rocked the American for-profit sector, one that spends more on advertising than it does on staff, appear only to spur Willetts on in his race to the bottom.

The current period will therefore define what our union is about and how it operates – roll over and invest in ‘member services’ or use our available resources to fight back where we can. We must defend our pensions, pay and working conditions across the full spectrum of our membership.

t would be a mistake to focus exclusively on pensions; this will likely lead to defeat over the Government white paper.

Furthermore, the HE sector has suffered the worst pay settlements in the whole of the public sector during the current recession.

The fact that since 2004 we have had to take industrial action to secure every pay increase, when this has not happened in much of the rest of the economy, suggests a collective failure of the Vice-Chancellors towards their staff, this we must reverse.

Universities must be the pillars of any democratic society, yet many VCs are now engaged in shedding jobs even resorting to compulsory redundancy.

There is further strong evidence that the UK is falling behind other European countries in its obligations to defend academic freedom.

I believe UCU should be campaigning for the reintroduction of tenure and collegial governance structures as defined by UNESCO. Academic tenure is the only defence against closure and redundancy.

As our universities are turned into businesses and run on traditional business lines, they are being set up to fail like businesses.

The UCU must be at the forefront of promoting a new vision for higher education – to reclaim our universities from the Tories.

I first joined AUT in 1996. Over the past decade I have been Joint Secretary, twice Vice-President, President, Past President, and I am currently again President of the University of Leeds LA.

I am a Senior Lecturer at the University of Leeds. Currently, I am Director of Student Education in the School of Chemistry. I have research interests in femtosecond spectroscopy and biophysical chemistry.

I am or have recently been an elected member of the University Senate, Learning & Teaching Board and Council.

I am a member of UCU Left and not of any political party.