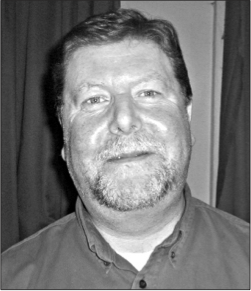 I have been an active member of NATFHE and UCU since joining the profession in 1981. I am currently joint branch secretary of Barnsley College UCU. I have represented the branch at UCU congress and FE sector conference and am branch representative at Yorkshire ad Humberside region.

I am currently employed at Barnsley College as Tutorial Team Leader in the department of Catering Hospitality and Tourism. Previously I taught A level History at the college.

Further education in this country is under attack from a government that hates the public sector and is determined to force through austerity and principals only interested in the bottom line. UCU must continue to be in the forefront of those campaigning to defend high quality education and training for all our students.

Build the resistance to attacks on pensions, jobs and conditions.

I am proud of the role that UCU has played in building the fight back against attacks on our pensions.

November 30th was a magnificent example of solidarity and we need to be taking the lead in calling for further action.
We also need to resist all attempts to force through redundancies and undermine our terms and conditions. If elected I would press for the widest possible support for colleges taking action.

I know from our recent experience in Barnsley College, where a robust campaign of industrial action prevented my compulsory redundancy, how important support and solidarity are in encouraging members to take effective action. We need to spread the message that determined action can win.

Building a democratic and effective union

Our membership has continued to grow over the past few years wherever lecturers and others see the union standing up strongly for its members but UCU needs to recruit more members and make members into active trade unionists.

As a member of UCU Left I believe that strong branches are the key to building a strong union. And as Vice- Chair of Yorkshire and Humberside region I also believe that regions can play an important role in co-ordinating action and supporting weaker branches.

To be as effective as possible the UCU must be a democratic union responsive to the grassroots.

This means an NEC that is accountable to the membership. If elected I will report back regularly from NEC meetings and make myself available to speak to branches if requested.