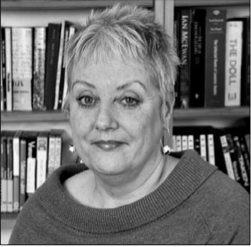 Pension, Job and Pay: The Frontline.

I am currently a Higher Education representative on the NEC for London and the East region, and I am asking you to reelect me.

We must fight alongside other unions to reject a pension deal that makes us work longer and pay more for less.

We must fight to defend the final-salary scheme. We cannot agree to anything which leaves younger members with a raw deal.

The magnificent strike on 30 November shows the potential for us to win. Defending the TPS will make it easier to overturn the imposed USS changes.

A pay freeze and a one percent pay increase for two years with rising inflation equals a pay cut. Decent pay must stay on the agenda.

We must fight for every job. Casualisation is the scourge of the sector. We need to organise against the proliferation of precarious work.

This is an unprecedented attack on Higher Education. It opens the door to privatisation and elitism and threatens courses and academic freedom.
The UCU needs to be at the centre of the fight against this legislation linking with the widest possible constituency.

Cost cutting and redundancies are increasing workloads. Stress and bullying are a major concern for members.

Research and teaching are increasingly tied to a narrow agenda of competitiveness and skills.

The language of the market and the increasing role of business in universities are undermining collegiality.

What Kind of UCU?

A democratic, member led union l Branches and regions are the fora for discussion and decisions not plebiscitary consultation. l A National Executive Committee that provides strong leadership and operates in a transparent way.

I urge you to also vote Mark Campbell for General Secretary and Angie McConnell, Vice-President (FE)