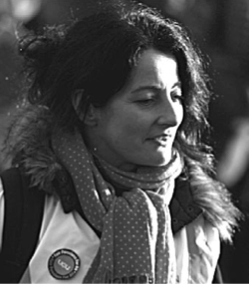 Defend Education for the 99%

I have been an academic related member of staff (administrative) at Leeds University for 19 years. I am a departmental rep in Psychology and am a caseworker for Leeds UCU and have served as an officer or committee member of Leeds UCU and (formerly) AUT Committee for over 17 years.

I coordinated the UCU Red Circle Group at Leeds which campaigned and won significant victories against the downgrading of academic related members in 2006. I convene the Leeds Academic Related (AR) UCU group and am a member of the National AR Committee.

I have represented the national AR Committee and Leeds UCU at the annual UCU Congress on two occasions and previously represented Leeds at AUT Congress several times. I am a member of UCU Left.

Academic-related staff are frequently the first to experience outsourcing and privatization of aspects of University provision eg. email services; AR staff therefore need to be centrally involved in the union and its campaigns.

A strong democratic union organised on every campus in every department is vital in these challenging times if we are to defend education, jobs and pensions and bring about desperately needed change. If elected, I will work towards a democratic and active UCU.

UCU marched alongside students against the £9,000 fees hike and abolition of the Educational Maintenance Allowance. Subsequently students supported UCU’s campaigns for pay, pensions and against job cuts.

Recently the US Occupy movement has been emulated worldwide in opposition to the wealth, power and destructive actions of the 1% presiding over the destinies of the 99%.

Half a million trade unionists marched for the alternative to cuts and austerity in March 2011 and followed it up with the biggest mass strike in decades against the onslaught on pensions.

The vibrant strikes and marches on 30 November 2011 showed the power of the unions when we mobilize.

Effective leadership can ensure that we build on this with further strikes to win back our pensions and begin to change the priorities in our workplaces and the world around us.

The Higher Education White Paper aims to create a market for university places and open up access to state funding for private providers who will be encouraged to compete with our universities.

This will undoubtedly heighten the zeal to drive down costs by cutting pay, pensions and jobs. Trade unions, students and communities need to build massive coalitions to derail these plans from the hated Tory coalition.

For UK-elected members (HE) please vote: