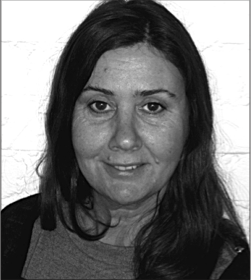 I am currently employed as an ESOL teacher at Lambeth College, where I have taught ESOL and Numeracy to young people and adults for the last 8 years, working as both an hourly paid and permanent lecturer.
At Lambeth College I have held joint Branch Secretary position since 2010 and been on UCU branch committee since 2008.

I attended UCU Congress as a delegate in 2011, I’ve been on London Region Executive Committee since 2011 and am a member of UCU Left.

UCU members are currently under huge pressure from all sides. Workload continues to increase with more forceful tactics being used against already over-worked staff to work even more, for less. Cuts to education funding mean more courses being closed and jobs lost. And while the coalition government is attacking pensions and freezing pay, costs of living are also rising.

We must defend jobs, pensions, pay and conditions to secure the future of Adult and Further Education.

As joint Branch Secretary and a representative at London Region, I have played a part in building a strong branch which has collectively resisted compulsory redundancies and worsening terms and conditions, built solid strikes over pensions in June and November, and delivered overwhelming support for the IfL boycott.

Government cuts have a devastating impact on poor and vulnerable community groups. I have been a key organiser in the Action for ESOL campaign, which in August saw a massive government U-turn on plans to change funding eligibility for those on benefits. This would have meant up to 70% of learners, mostly women from black and minority ethnic groups, being unable to afford to learn English to improve their lives.

As a campaigner, I worked alongside students, trade unionists and practitioners to raise awareness at local and national level through speaking about ESOL and multiculturalism at meetings and UCU Congress, letter-writing campaigns and organising protests, which resulted in the partial U-turn success.

If elected as an NEC member I will campaign for:

– fair working conditions for all staff, including hourly paid

– Adult and Further Education to remain free and accessible, especially for those who need a second chance

– an end to marketisation, student fees and loans

Leaflet downloads are available from here. Mandy has her own blog here, and a campaign twitter account here.