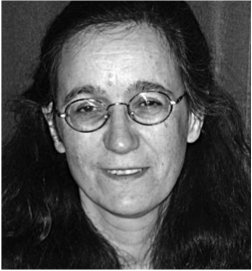 To fight for education, jobs, pensions and equality

I am a senior lecturer in Engineering at University of Glasgow, research assistive technology and disability studies.

Staff in higher and further education are increasingly under attack with threats to jobs, pay and pensions. The government white paper threatens increasing privatisation and marketisation in HE and FE. Failing to fund education or other public services properly is a false economy for which society will pay a heavy price.

We must not forget our vision for education: collectively funded, socially based, focusing on learning and self- development as values in themselves, We need to continue to defend the right to academic freedom and to ask awkward questions in both research and teaching.

These attacks on education affect all members, but particularly women and minority group members. We should continue to work collectively to promote equality and put it at the heart of UCU activity. Equality is both vitally important in itself and has benefits for all members. We should work together with students and other trade unionists to fight the marginalisation and discrimination of women and minority groups. I am active in the Women’s, LGBT and Disabled Members’ Network, the Women Members’ Standing Committee and the UCU Scotland Equality and Human Rights Network. Through my involvement in both the Equality Committee and the Legal Panel I am working on equality proofing the legal scheme and improving the experience of using it for black and disabled members in particular. I have been involved in the organisation of the UCU Holocaust Memorial Day and proposed the Congress motion that led to UCU commemorating the holocaust.

Education in further and higher education is very casualised, with many members and potential members, particularly women, hourly paid or on fixed term contracts. I have actively supported the anti-casualisation campaign, for instance ensuring representation of hourly paid staff on committees and developing local initiatives for recruiting fixed term staff.

We need to increase recruitment, particularly of people on casualised contracts, younger workers and other underrepresented groups.

As a USS negotiator, I am committed to implementing UCU policy on USS , including the recent congress motion on ethical pension schemes. Personally, I believe that we should be negotiating to reverse the discriminatory two tier scheme and that negotiation needs to be backed up by strong industrial action.

An activist and campaigner

I have a long history of activism and am a UCU Left member. For many years I organised a women’s group at Glasgow University and continue to be an active member of the branch committee.
I am active in campaigns for job security and improved employment conditions for casualised staff and against points based immigration. I am actively campaigning against the cuts together with students and other trade unions, previously in the Glasgow anti-cuts campaign, and more recently in the Coalition of Resistance and the Right to Work.

I’ve proposed motions to NEC on climate change and am involved in the Climate Change Trade Union Steering Group.

Racism, Fascism and Points Based Immigration

I proposed a motion at Congress on solidarity with women in Tunisia and Egypt. I am committed to and will fight for the rights of asylum seekers.

Biographical information, including Service to the Union.