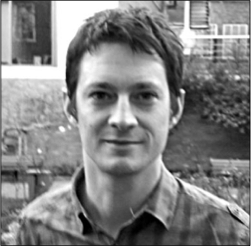 I am asking you to support my re-election to the national executive. I have been active in UCU for the last six years in various roles including local recruitment and membership, as a branch secretary, as a London Region rep, on the young members steering group, and I am currently on the NEC.

Most recently I was elected Vice Chair of the Education Committee where we are organising a ‘Defend Education’ conference for March.

I originally decided to stand for the NEC after the all-out strike at Tower Hamlets College in 2009. We built a campaign with the community and struck for four weeks to defend jobs and education. We won an important local dispute that helped to turn the tide of confidence in our union.

The attacks we now face are enormous. The government’s aim is to privatise the welfare state and in so doing reverse the gains of the last sixty years. In education this is driven by the HE White Paper and funding cuts across post-16. Raising tuition fees to £9,000 was a pre-condition to the creation of an education market.

The attack on our pensions and pay is the key to making post-16 education a lucrative source of profit. There is a similar process underway in health and welfare. We can and must stop this.

That’s why the pension dispute is so important. We are being asked to pay more, get less and work longer. The outcome of the dispute can shape the nature of all the other attacks we face and affect both the confidence of our local employers to attack jobs and conditions and our confidence to resist them.

We should take heart and be bold. The government is nasty, but it is also weak and can be stopped. Last year we saw an incredible level of solidarity and united action with UCU playing a leading role, from our first cross-sectoral strike last March and culminating in 2 million striking in November, a day we will all remember.

In my NEC role I have sought to be accountable, effective and energetic. Since my election I have worked with the successful Action for ESOL campaign and will continue to campaign against the destruction of adult education.

I helped initiate national petitions of support during the student protests. I supported the Ifl boycott and worked to ensure the union followed this through to victory.

I regularly write NEC reports to help ensure maximum participation and democracy in our union.

I think my experience and my contribution to UCU has been valuable and I ask you to re-elect me to serve another term.

I see the impact of austerity at the sharp end with students anxious about their futures in an area of high unemployment and poverty.

I’m an active campaigner in my community and feel a responsibility to defend it. As teachers we have a big role to play in defending education and creating a more equal society.

I am an active member of UCU Left.
Leaflet downloads are available from here.