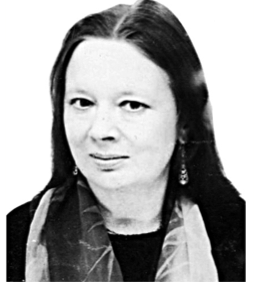 We must defend academic freedom and reclaim universities as institutions of learning, where the pursuit of education not profitability is the driver. UCU should defend collegiality and democracy in university governance. We must promote real education and challenge the view that the only worth of a degree lies in employability and graduate salary levels. This means an end to divisive league tables which turn higher education into a commodity.

Pensions are deferred salary. We must defend final-salary pensions for all academic and academic-related staff. In 2012 we are going to have to fight energetically to defend jobs. We need a decent pay rise in 2012. There is a major negotiating and organising agenda around enhancing the student experience. This must be done on the basis of good conditions of service for university staff, not at our expense.

For many members work intensification is the number one problem of working life. In post-92 universities we have a national contract, covering teaching hours, holidays and other conditions of service. We need to maintain this contract as protection against over-loading. Within pre-92 universities we need to negotiate greater contractual protection. The REF should not be used to exacerbate workloads and restrict academic freedom.

Building a democratic and effective union

UCU needs to recruit more members and to turn members into activists. We need to build strong Branches and Regions and defend union facility time. None of this will deliver, however, unless we build UCU as a democratic union. This means an NEC which implements Congress decisions and national negotiators who are accountable to the membership.

Please vote for Mark Campbell for General Secretary and for Gavin Reid, Veronica Killen and myself for the North East HE seats

Biographical information, including service to the union.

I joined NATFHE in 1975 and have served as Branch Secretary, National Negotiator, NEC member and delegate to Annual Congress and HE Sector Conference

I am Regional Secretary for Yorkshire and Humberside, a member of the NEC and a local union representative at Sheffield Hallam University.

I am employed as a Principal Lecturer in Sociology. I am Equal Opportunities and Diversity Co-ordinator for the Faculty of Development and Society at Sheffield Hallam University. I am a member of the British Sociological Association. UCU Left member.

One Reply to “Vote Elizabeth Lawrence, NEC elections, HE Member for North East”