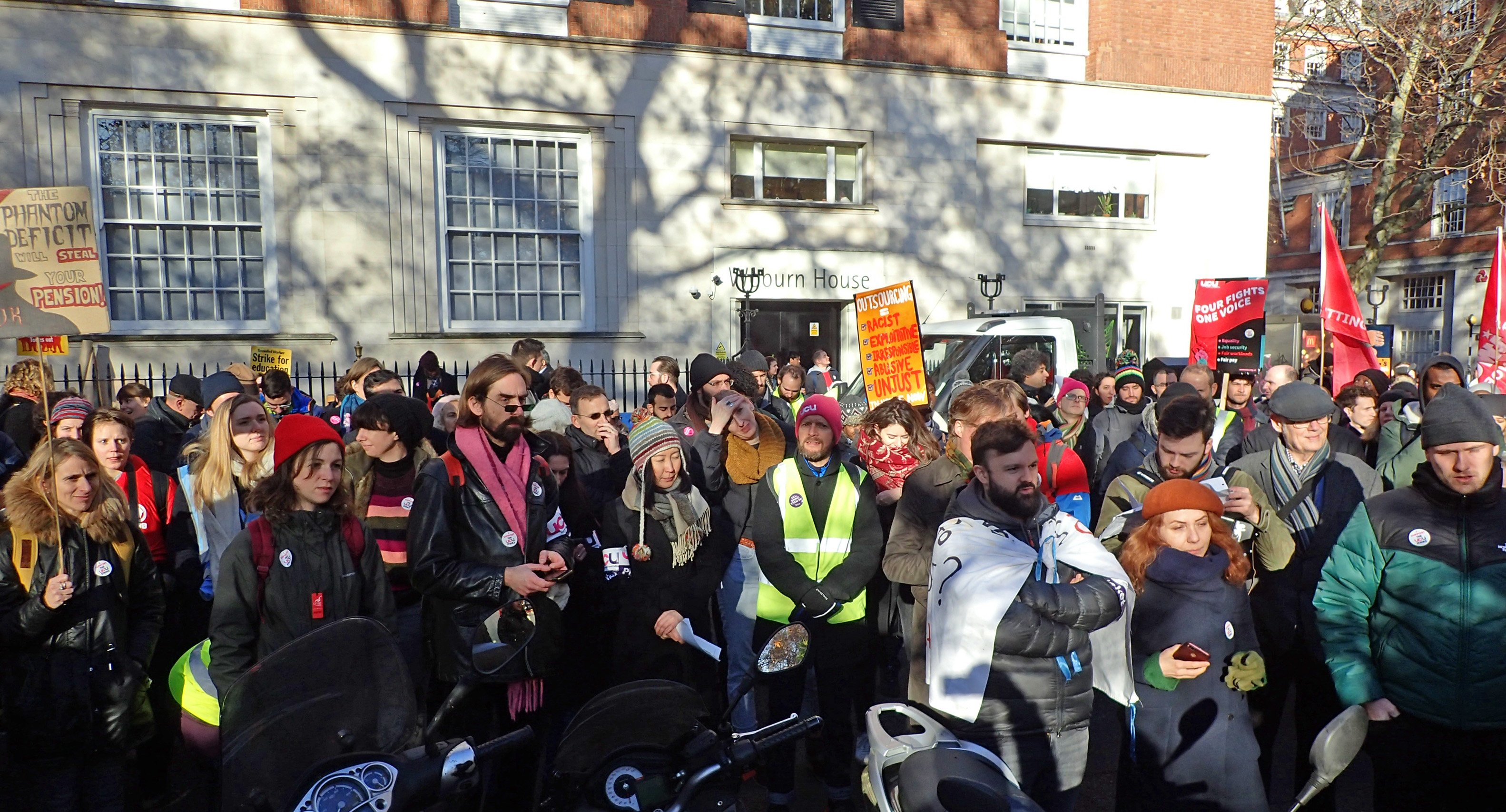 We are writing as UCULeft ‘Four Fights’ negotiators who have been engaged in complex negotiations which are ongoing.

It is important to note that these negotiations have not yet resulted in an offer. Nothing is on the table and nothing is agreed.

The current situation is that after constructive discussions on the pay-related elements of the claim, the employers’ representatives were sent away to consult with their members.

In this context we are concerned that the General Secretary put out a statement on Thursday that was neither discussed nor agreed with the negotiators. In that statement she says that “If we can get an offer that represents the kind of movement I have set out here on all four parts of the dispute, I will recommend that our higher education committee (HEC) should consult members on whether to accept it.”

Negotiators are elected by members to engage directly with the employers to attempt to settle a dispute. During the course of negotiations we make proposals to the employers, knowing that whatever we might negotiate, there is a democratic process that holds us to account.

HEC has agreed the following process for dealing with any offer from the employers. We have not had an offer, but were we to get one this is what would happen.

It is also strange to see a General Secretary proposing to recommend a deal that has not yet been made. It is standard practice in negotiations to say that “nothing is agreed until everything is agreed”. The assessment of whether an offer is acceptable cannot be made until all the details are confirmed. This is not yet the situation.

The second issue concerns headline pay. On Tuesday, UCU negotiators adopted a negotiating position of putting 3% on the table to give UCEA the chance to consult their members about the potential for a rapid resolution of the dispute in the context of a serious global health crisis that could engulf us all.

Let’s not forget that UCU’s claim is for RPI+3%. The employers are sitting on reserves of £44bn. They can afford to meet our claim in full.

This was, and is, a genuine offer to try to resolve the dispute, but it is for members and delegates in the process outlined above to decide whether or not it is sufficient to resolve it.

It is difficult to discuss an offer that does not exist! But were we to get an offer we would have to make a serious decision as to whether we as negotiators, collectively or individually, can recommend it to members to be decided on by the process outlined above.

All the negotiators are strengthened by every single striker and picketer. We now need to sustain and strengthen the action.

Our strikes are our strongest leverage. We can win this together.