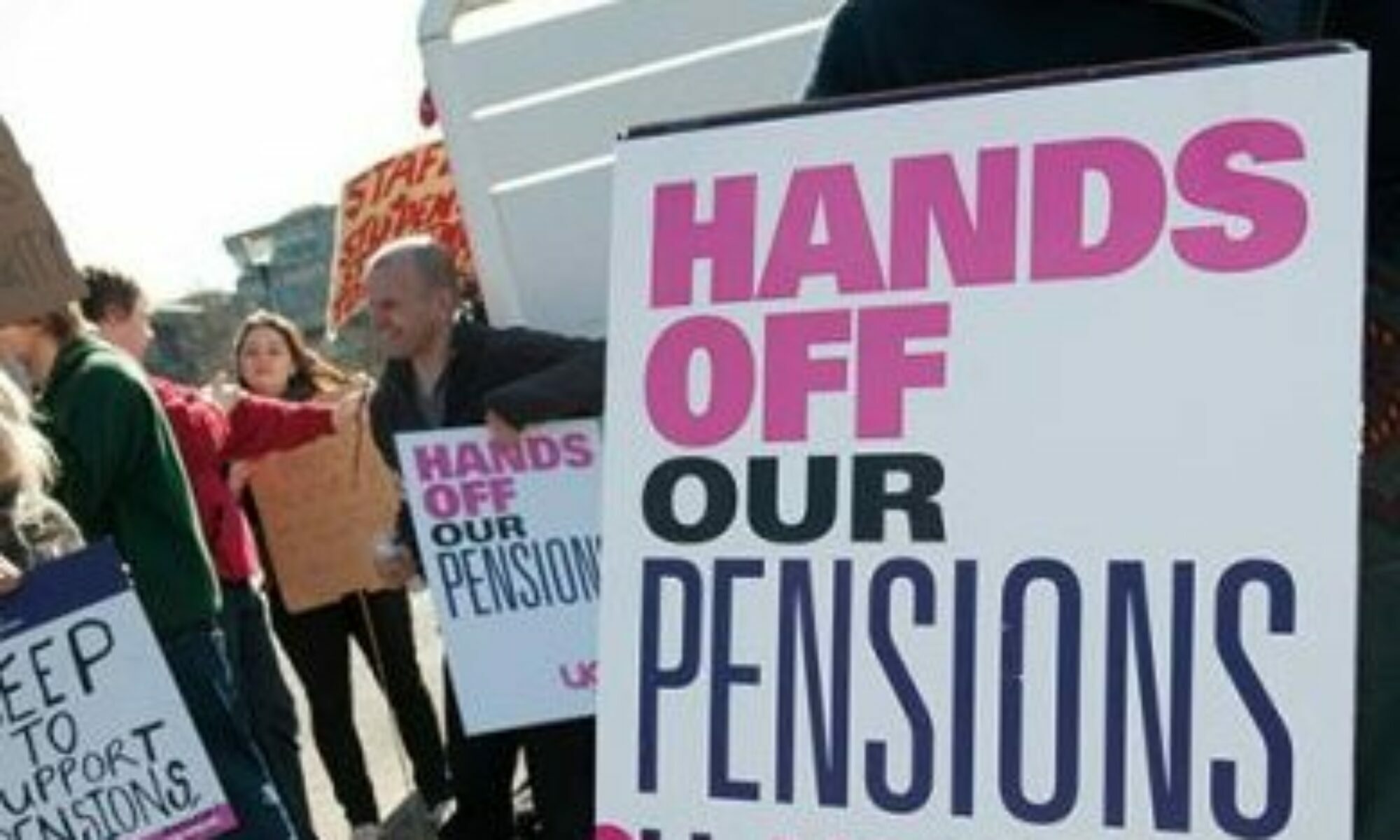 Friday’s Higher Education Committee (HEC) meets on Friday 25th February. The employers’ (represented by UUK) decision to slash our pension scheme has now been voted through the USS JNC leaving the HEC with no option but to respond immediately with escalating indefinite industrial action.

It has been clear since 2018 that the employers, and their puppets in USS, were intent on destroying one of the largest, most successful and well-funded pension schemes in existence. Their decision to push through cuts of 35-40% comes at a time when the scheme has never been so well-funded with assets of over £92b, its so-called deficit (even on their own corrupt accounting method) is at its lowest since 2018 and all those who have looked at the scheme with any objectivity have sided with UCU’s analysis that the USS executive are mismanaging the fund (see for example the editor of the Financial Times Martin Wolfe’s assessment).

The fundamental reason for doing so was to jettison a collective commitment to a higher education sector in which students and staff could have confidence on the stability and continuity of the sector for decades to come. However, the drive to marketisation has meant that employers in the pre-92 sector have striven to dismantle any collective protection, the “last man standing” covenant, underpinning the USS scheme and with it the HE sector. This is at a time when it has finally been admitted that the UK Government has indeed been an employer member of the scheme and is therefore bound by the covenant arrangements.

The changes now voted through, and the consequences for its members when the truth is revealed will probably be considered the greatest financial theft and scandal of all time, dwarfing the £38b PPI swindle last century.

The negotiating strategy adopted by UCU has failed. UCU has destroyed the intellectual basis for the current valuation and the cuts it entails. USS’s justifications have been shown to be based upon lies, distortions and a lack of understanding of the scheme itself. The employers have merrily repeated USS’s assertions even though they too know they aren’t worth the paper they are written on. Nevertheless, the changes have been voted through via the ever so acquiescent vote of the ‘independent’ (sic) NC chair. Those in UCU who thought intellectual argument would win through, and those who argued to de-couple pensions from pay and the Four Fights because a win on pensions was possible, failed to understand the dynamics of the USS dispute and the employers’ motivations. This sector is not in a financial crisis. We can have decent pay, conditions and pensions. There is no trade off to be made between jobs and pay or conditions and pensions.

UCU’s HEC must now act to mobilise members for the final defence of the pension scheme. We fight now or lose it all together. This means HEC must vote immediately to announce escalating and indefinite action. Any delay leaves branches no time to continue the action before the end of this term. Any delay until after the Easter break leaves us short of time to launch action before most branches’ ballot mandate runs out and any delay means the opportunities to win a further industrial action ballot will be weakened due to members recognising UCU’s leadership has no strategy.

This is in contrast to the members who have, yet again, risen to the challenges of ten days of strike action and repeatedly called for escalating action, The vibrancy of the strikes has given branches confidence to lead the strikes and call for voting Branch Delegate Meetings and a Special Higher Education Conference to do so.

How Do We Win?

Employers haven’t just waited out time limited action but have gone on the offensive over punitive deductions over ASOS in universities such as Queen Mary and Birmingham. Unless UCU responds with escalating indefinite action employers will go further and break the union.

HEC has motions before it for UK–wide escalating indefinite action that must now be passed. But it also has motions before it that seek to undermine the action by replacing UK-wide action with tokenistic regional rolling strikes. These must be withdrawn immediately or rejected wholesale by the HEC. HEC has to come together in a unified call of UK-wide escalating or indefinite strike action to defend our pension scheme and the union itself. Jo Grady was elected to lead a militant campaign to defend the pension scheme to ensure a second capitulation doesn’t take place. #NoCapitulation2.

We now need a genuinely member-led strike. This means voting Branch Delegate Meetings before each and every HEC, an immediate rather than far-distant SHESC and a coupling of the USS and Four Fights disputes in strike action that renders attempts at punitive pay deductions impossible. It also now requires the establishment of a UK-wide strike committee to run the strike where strategies and tactics can be decided by branch delegates. The time for negotiation is over. It is time to strike.

Who Runs Our Union Matters

UCU’s NEC elections end in just one week. UCU Left members stand for member control of the disputes and make the most consistent arguments for how to win them. We urge all members to vote for the UCU Left candidates. Don’t lose your pension. Vote for Juliana Ojinnaka for the Vice President of the union along with other UCU Left candidates for NEC. Details are here.