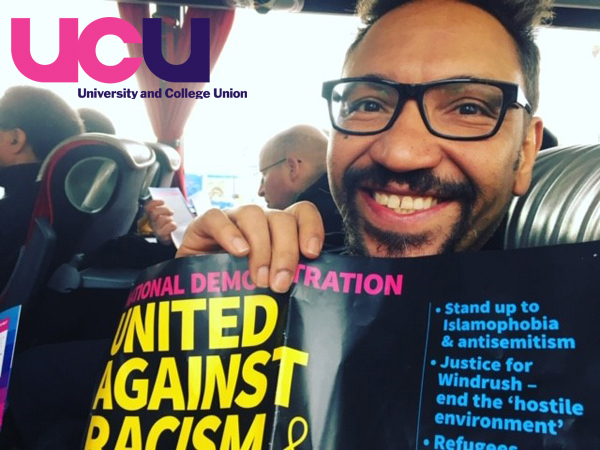 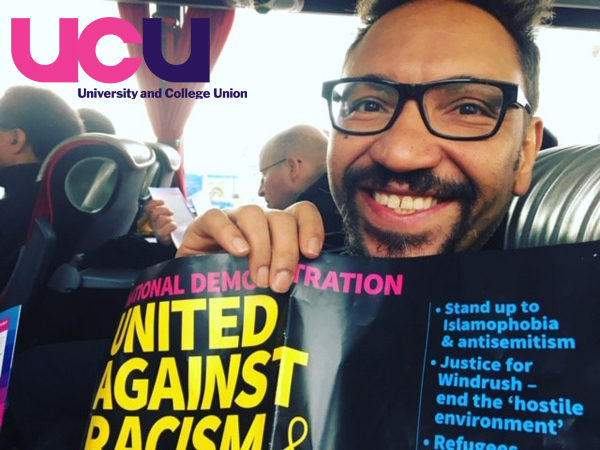 Dave Muritu, UCU branch secretary and Maths lecturer was sacked by Sandwell College of Further and Higher Education.  We reject the assertion by Sandwell College that a black member of staff writing in a pen on a Prevent strategy poster that it was racist, an act which he owned and apologised fully for, constitutes gross misconduct on the grounds of “serious damage to College property”, “bringing the college into disrepute” and “use of inappropriate language” with the consequence of summary dismissal.

We note that since David arrived at the branch UCU membership has risen vastly and the branch have achieved victories on pay increments, extra holiday, the removal of punitive observation policy and last year after 5 days of strike action achieved a sector leading pay deal of 6.25% over three years. We believe that it is this strengthening of workers’ rights which has primarily guided this disproportionate act of sacking David, and that this is trade union victimisation.

Join the demonstration this Friday 7 June at 11.30 for 12pm outside Sandwell College, Central Campus, 1 Spon Lane West Bromwich B70 6AW
Sign the petition.

2 Replies to “NO TO VICTIMISATION, NO TO RACISM, REINSTATE DAVE MURITU”