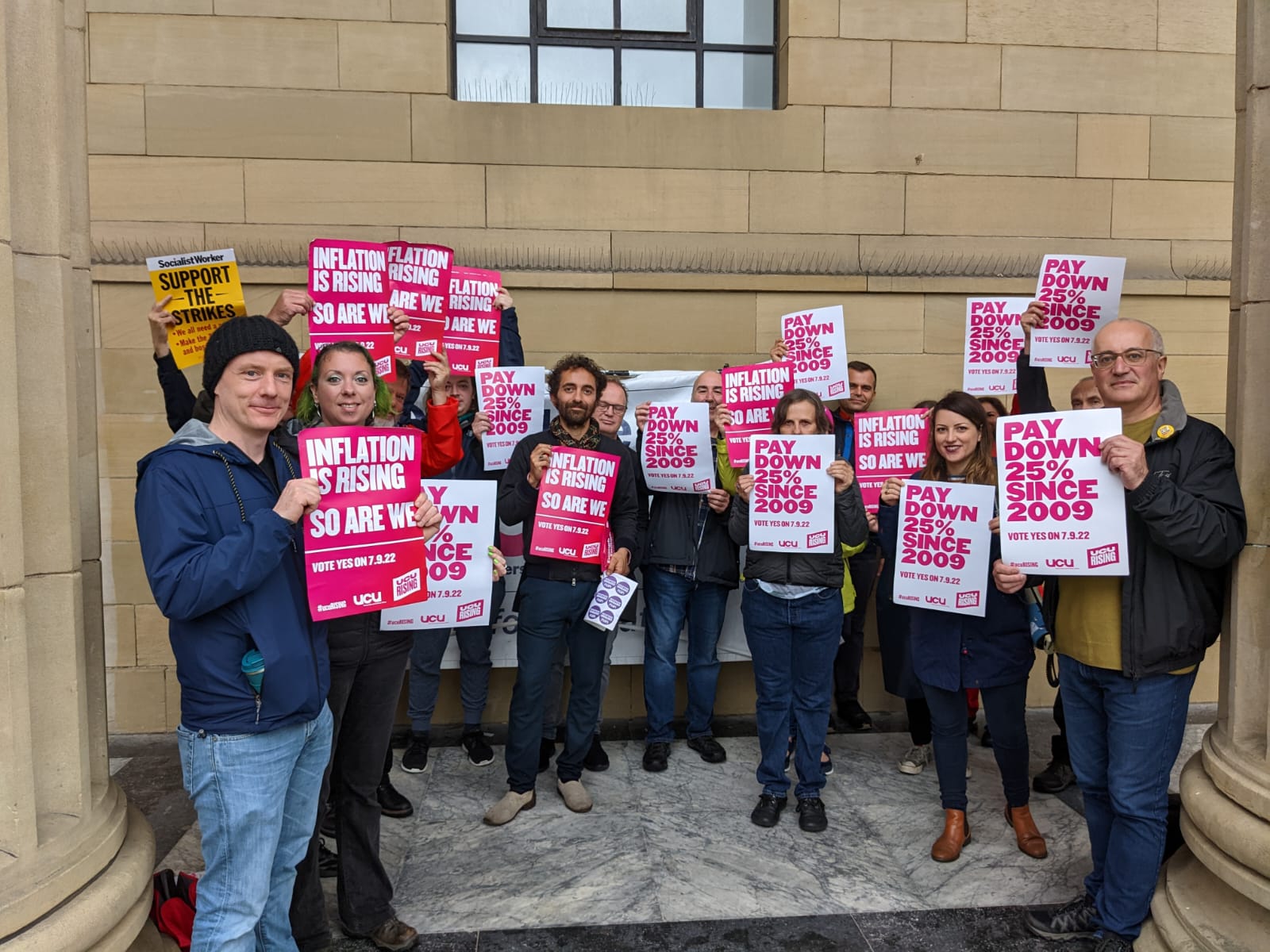 We are now in the final week of the UCURising ballot. Papers will need to be posted by next Wednesday at the latest to arrive by the closing date of 21st October.

Every UCU activist needs to be pushing hard for every vote. Those branches that believe they have already broken through the threshold should not let up but should keep going to reach 60% and beyond. Given recent confusing emails from Civica, it’s clear we need a cushion to compensate for lost or unrecorded votes, and the possibility that voter lists are inaccurate.

The consequences of not achieving the threshold will be serious. University employers and their national organisation, UCEA, will be anxiously awaiting the result hoping that we fail. If that happens they will celebrate that the main HE union has no legal mandate to take action to resist the biggest annual pay cut ever imposed on HE staff.

It will mean that UCU will not be able to join the growing wave of industrial action against falling living standards and cuts to public services. And although our dispute is not directly with the government, it will ease the pressure on Truss and Kwarteng as they try to shift the balance of wealth in Britain still further through tax cuts for the rich paid for with a programme of harsh austerity for the rest of us.

Let’s make sure we leave no stone unturned in getting the vote out in the final week. The future of both Higher Education and our union depends on it.