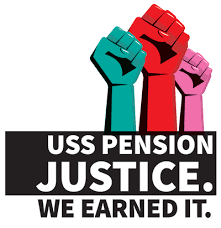 You should have received an email from the General Secretary including five principles agreed by a majority of the USS SWG (Superannuation Working Group).

Our current position, as determined by the December HE Sector Conference (HESC) is to
• defend defined benefits (DB)
• negotiate to protect member benefits at the lowest possible contributions
• work with or put pressure on UUK to support our position and defend our benefits.

We should also be campaigning to improve affordability for casualised and other low paid members without reducing benefits – preferably by a tiered-down approach – and campaigning against casualisation and low pay, although that’s not a USS-specific issue. All the evidence shows that current benefits can be paid for out of 26% total (8% member) contributions for at least the next 20-30 years.

So why should we pay more because city fat cats have an overpessimistic, recklessly prudent approach (USS is situated next to the Bank of England)? Why should we pay more than we need to or can afford to or have our benefits slashed? As trade unionists we fight to defend our rights, including for a good pension.

Some of the principles are fine, though they will need to be backed up by action to achieve anything. However, principle (d) – on exploring conditional benefits – and the first part of (e) – on commitments from employers to covenant support – are problematical rather than the solution. They are a reflection that the majority of our leadership are giving ground to the USS and UUK argument that the scheme is in deficit. This is simply wrong. It is the model not the scheme that is in crisis and we shouldn’t be seeking to adjust the scheme to fit with a flawed model. Instead it is the model that needs to change, not the scheme. Benefits can be maintained, indeed improved, with existing contributions. Alternatively, benefits could be maintained and contributions could be reduced for lower paid members to improve affordability and reduce opt-outs.

There are various ways these conditional benefits could be applied and clearly the details are important. The most likely outcome is that the exact value of benefits would depend on market returns on investments, possibly with a base line of existing benefits. Supporters claim that if USS is doing as well as UCU claims it is, there is nothing to worry about in this approach and it could even lead to reduced contributions for the same benefits. This ignores the fact that it is USS that controls the figures and the investment strategy. Just as the valuation always comes out very negative, it seems likely that official returns will be much lower than expected.

The problems of the current valuation approach are a result of the assumptions and methodology, as well as the move of a proportion of assets to loss making gilts, at least in the model. A variation on this theme would hold for conditional benefits. A significant increase in the risk borne by members might lead to a reduction in the discount rate at a resulting improvement in the figures, but this should not be counted on.

Another version of this could be CDC (collective defined contributions). We threw DC out in 2018 by sustained industrial action. CDC is an improvement, but not that much better.

The problems with the current valuation approach include a lack of smoothing and an excessive focus on investment prices, which are highly volatile. An appropriate use of DB could damp down this volatility, but this is not possible with indexing. Therefore, a few years of poor performance in a system that is overall doing well could have a disastrous effect on indexed benefits and, for instance, lead to members not being able to afford to retire when they had originally planned to do so. Thus conditional benefits is likely to lead to worse pensions than DB.

Timing is vitally important. UCU needs to explore options at the point when we are strongest and not have a ‘knee-jerk’ type reaction to the fact that the employers are consulting on a disastrous plan to slash benefits. It is much too early for us to be making proposals. We have not yet declared a dispute and we are not strengthened by having a positive ballot result. Exploring proposals that move back from our bargaining position as mandated by HESC at this time could be considered to show weakness and lack of confidence in our ability to win. It is therefore tactically a bad idea.

The second point relates to commitments from the employers to covenant support. Of course, we want the employers to be fully committed to supporting and paying their contributions to our pensions for the long-term future. However, for those who are not familiar with the jargon, this is not what this means. Instead it involves accepting USS’s three proposals for measures that they consider will strengthen the covenant.

This has several problems. It means buying into USS’s narrative that the covenant is currently not strong and therefore additional measures are required. This is not correct. The only additional pressure on the employer covenant is the threatened massive contribution increases. The measures may lead to costs to employers. Our experience shows that employers try to recoup costs of this type from members and that this generally lead to job losses, an increase in casualisation, pay freezes and other unpleasant consequences for members. In addition, these measures could be a Trojan horse. They potentially give USS a lot more power over employers and therefore also members than any of us should be comfortable with. Could they use it to sell off a city-centre campus? Who knows? But they are likely to use it in ways we will not like

SWG was told that the principles would be revised if members object. We are therefore encouraging members to write to the General Secretary (reply@ucu.org.uk or jgrady@UCU.ORG.UK) and Chair of the Higher Education Committee (J.E.Mercer@warwick.ac.uk) to object. You may want to include the following points:

Conditional benefits:
• Too early/bad time to make proposals.
• This is a policy change which should be decided by HESC not SWG.
• The need to be very wary of USS and the consequent likelihood this would be worse for members than the current hybrid scheme.

Support for covenant measures
• Buys into USS’s agenda.
• No real need for increasing covenant support, as only pressure on it is threatened contribution increase.
• Employers are likely to try and recoup any associated costs from members.