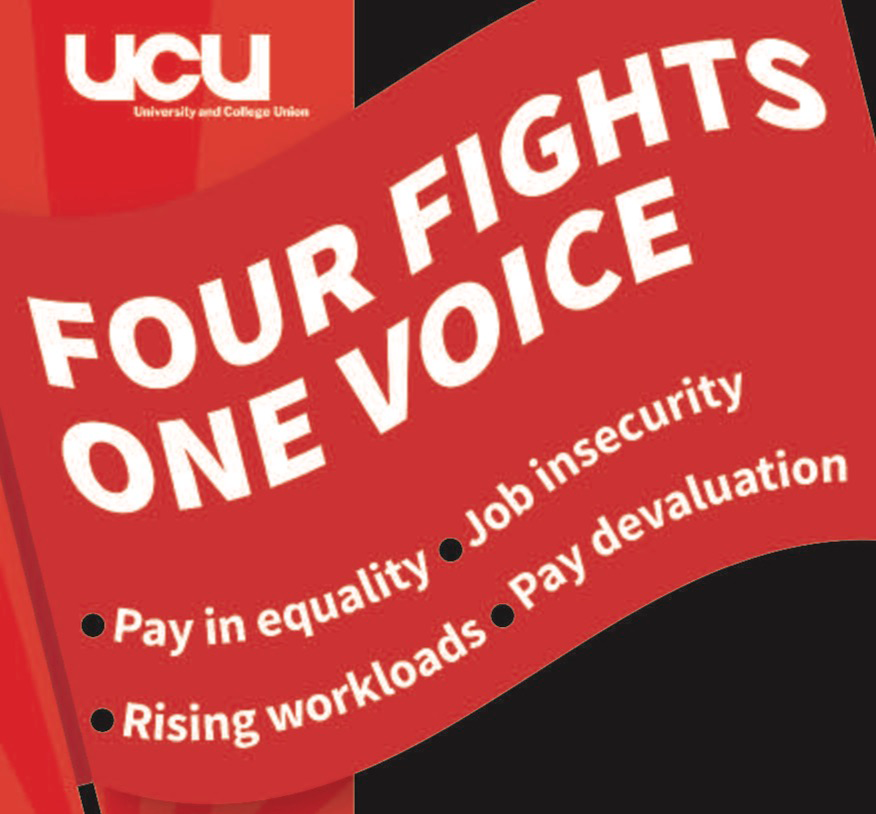 Delegates to last week’s Special HE Sector Conference have voted to launch both the battle to defend USS pensions and the Four Fights. These are very significant decisions by delegates representing members in pre- and post-92 institutions.

Motions to delay the fightback over pensions and/or pay were roundly defeated, as was a motion calling for the two disputes to be pursued separately. Instead, by healthy majorities, motions committing the union to get on with the task of organising ballots in both disputes were passed.

The votes for co-ordinating the USS pensions and Four Fights disputes were particularly large, indicating that delegates recognised the importance of maintaining the struggle over pay, equality, casualisation and workloads while resisting the attack on pensions.

The Higher Education Committee, which holds a special meeting on Monday, is now mandated to organise coordinated ballots in defence of USS Defined Benefits and in pursuit of the Four Fights with a view to initiating action by November.

The majority of delegates clearly accepted the arguments of the UCU Left that we cannot afford to delay these battles and that we need to take action before it’s too late. They also accepted that the best way to unite the union was to coordinate the disputes.

UCU Left’s recommendation to vote against motion B4 has been the subject of much debate. Many delegates clearly felt that conditional indexation might be a solution to the repeated attacks on our guaranteed benefits. UCU Left continues to believe that the 2020 valuation is the root of the problem and that to move away from defending the current scheme by transferring risk to members would be a mistake. Although B4 passed, votes on other motions clearly indicate that branches wish to defend their defined benefits now and are prepared to move to ballot immediately to do so.

There is still much work to do. The campaign to mobilise members, first for successful ballot results and then for mass industrial action must start immediately. We need a massive GTVO campaign to explain what is at stake and why we need to fight. Crucially, we need to convince members that we can win. With student recruitment at record levels for the forthcoming academic year, our employers’ pleadings of poverty are ringing increasingly hollow. But we will need to challenge the logic of market competition that they use to justify driving down their staffing costs by squeezing our pay and pensions.

Only by uniting to fight together across the sector can we turn the tide on the battery of attacks we face and defend higher education in the process.